'Breaking Bad' may be over (with quite a few broken hearts in tow), but Aaron Paul is cooking up some exciting projects this year. 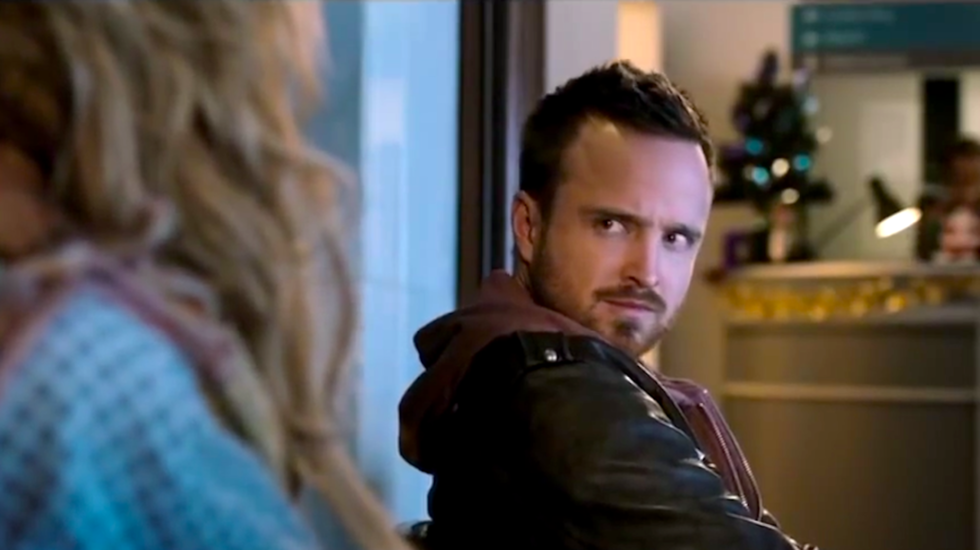 Never one for sitting still, Aaron Paul has been working hard to make the transition from an instantly recognizable television character to a movie star. In these diverse roles, he proves his skill as an actor (as if we ever doubted him). Before you ask, yes, we are choosing to ignore this week's release of Need for Speed.

In Hellion, Paul plays a single father trying to take responsibility for the repercussions of his actions after Child Protection Services takes away his youngest son. Now he and 13 year-old Jacob must confront their darkest demons if they hope to bring home young Wes, and reconstruct their family.

The film has garnered much attention since its debut at the Sundance Film Festival, including a Grand Jury Prize nomination for writer/Director Kat Candler. In Hellion, Paul displays the agility with which he balances subtle dramatics and high stakes emotion.

Determined to jump from a building on New Year's Eve, four strangers are surprised to find the rooftop isn't exactly the picture of solitude. Together, these new friends face the media storm and make the best out of a bad situation.

A Long Way Down is written by Nick Hornby, who has proven time and again that he has a knack for writing tearful comedies. Starring alongside actors like Pierce Brosnan, Toni Colette, Imogen Poots, and Sam Neill, Paul proves he can hold his own in an ensemble cast. A comedy tinged with dramatic elements is a fantastic direction for Paul, who has already shown he's comfortable in both realms.

Following the trend of religious movies being released 2014, Ridley Scott's epic follows Moses as he frees the Israelites. Also starring Christian Bale (pictured above), Sigourney Weaver, and Joel Edgerton, Exodus is slated for a December release.

We're excited to see how Paul will approach his role as Joshua in such an iconic story.