Home » Tribeca News » AT&T and Tribeca Invite You To See TFF 2014 Films For Free on Friday, April 25
View All News

AT&T and Tribeca Invite You To See TFF 2014 Films For Free on Friday, April 25

For the first time ever, TFF and AT&amp;T are offering a day of free Festival screenings on Friday, April 25. 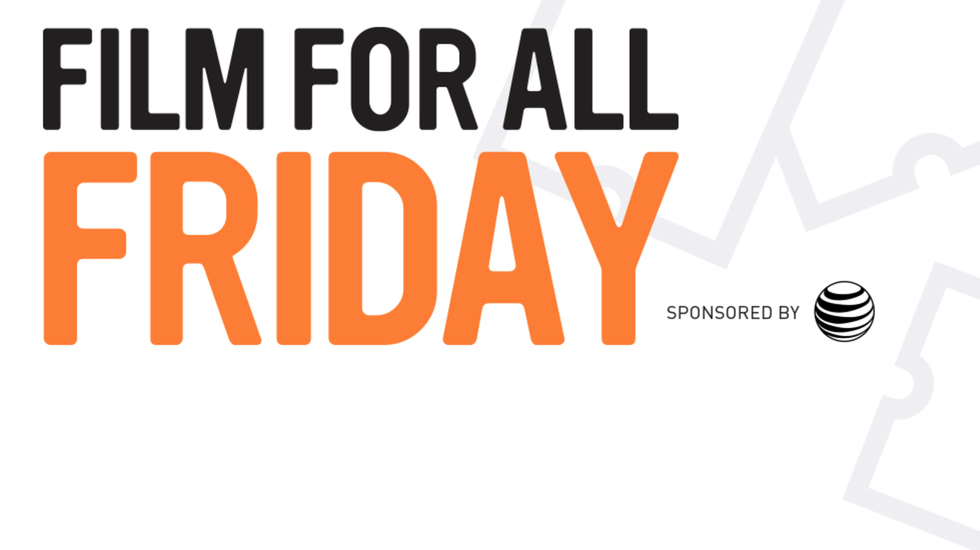 As our TFF 2014 Presenting Sponsor, AT&T is dedicating itself to bringing movies to the masses. Their new Film For All campaign is geared towards connecting people through the magic of independent films and bringing the New York film loving community together.

To support the goals of introducing great new artists and groundbreaking indie films to as wide an audience as possible, AT&T and TFF are pleased to launch Film for All on Friday (April 25). On that special day, film screenings will be absolutely free for all attendees at TFF theaters.  No, you don’t need reading glasses…there will be free movies for everyone on Friday, April 25!

35 films will be screened at TFF venues throughout the day, including: Time is Illmatic, which takes a look at legendary rapper Nas and his iconic debut album 20 years after its release; a work-in-progress screening of 6 from The Cove’s Louie Psihoyos about a team of activists who risk their lives to shed light on species extinction; Gia Coppola’s directorial debut Palo Alto staring Emma Roberts and James Franco; the comedic drama The One I Love starring Elisabeth Moss and Mark Duplass; and This Time Next Year, a documentary that examines the recovery of a New Jersey town one year after Hurricane Sandy.

Plus, it’s easy to particpate! From April 14-17, movie lovers can secure free tickets to a TFF 2014 screening of their choice on Friday, April 25 with an e-mail address at their nearest AT&T Company-Owned retail locations throughout the New York boroughs and even at two locations in New Jersey – Hoboken and Edgewater – as well as at TFF box office locations.

Beginning April 17, in addition to the AT&T locations and box office, Festival goers can go to TribecaFilm.com and get tickets to a free screening.  Additional free tickets can be accessed for all Friday, April 25 screenings through the Festival Rush Lines that open 45 minutes prior to each screening on a first-come, first-serve basis. Fans are limited to two screening tickets per person because AT&T and TFF want to give a broad array of local movie fans access to great indie films that they might not otherwise get to see.

All free tickets are subject to availability, of course, so act quickly!