After 40 years on the air, ‘SNL’ is finally getting the full-fledged documentary treatment. Read our exclusive Interview with filmmaker and TFF alum Bao Nguyen 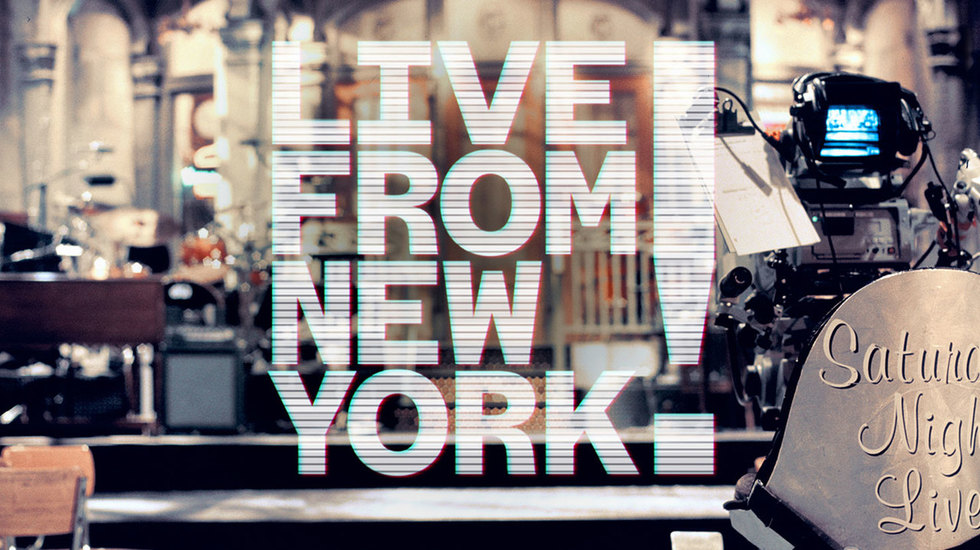 It’s a good day to be in the Big Apple! The highly anticipated world premiere of LIVE FROM NEW YORK! will open the 2015 Tribeca Film Festival, presented by AT&T, on April 15. Directed by Bao Nguyen and produced by JL Pomeroy and Tom Broecker, the documentary will explore the show’s impact and influence on the American zeitgeist for the past 40 years. From SNL’s early, ground-breaking years powered by Lorne Michaels and his cast of unknowns (and future superstars) through its evolution into a comedy institution. "After 40 years, the timing just felt right," said Lorne Michaels.

The film also features priceless archival footage spliced with exclusive interviews with  SNL legends, guest hosts, and crew who influenced or were influenced by the show.

Robert De Niro, co-founder of the Tribeca Film Festival has played both guest and host of the iconic show. Who can forget his epic first monologue in 2002.

“The selection of Live from New York! to open the 14th Tribeca Film Festival is personally gratifying to me on several levels.Having hosted SNL three times, and guested on several occasions, I speak from a first-hand experience about “SNL’s” rightful place in our culture as well as a welcome addition to our Festival,” said De Niro.

TFF got the opportunity to speak to filmmaker (and Tribeca alum!) Bao Nguyen about LIVE FROM NEW YORK!  and its spring debut at the festival.

Tribeca: Watching 40 years of SNL sounds like a dream job. What was it like exploring the show archives?

Bao Nguyen: It was an amazing experience watching 40 years of SNL and reliving old memories I had of the show growing up.  At the same time, it was sort of a mixed blessing, because we had quite a challenge choosing which parts of 40 years to include in a 90-minute film. In the end, our approach was to find clips that really spoke about what was going on at the time and had a strong impact culturally and in some cases, politically.  We always joked onset that if an alien came down to Earth and wanted to learn about American culture over the past 40 years, would SNL hold up as an accurate almanac? I think in most cases it would, even if through a very satirical lens.

We knew getting such unique access to SNL was a once in a lifetime opportunity.

Tribeca: How did you get access to all the behind the scenes footage?

BN: Actually, we shot most, if not all, of the behind the scenes footage. Very few have been allowed to shoot on-set over the years, so existing behind the scenes footage is a bit scarce. We were given a really unique opportunity to access the making of SNL, which helped us to better understand the culture and spirit of the incredible craftsmen who make the show possible. Though, in the end, this really isn't a behind the scenes movie, it's a look into how SNL has reflected America over its 40 years.

Tribeca: Why make this film now?

BN: The film’s creators, JL Pomeroy and Tom Broecker, were able to gain approval from Lorne Michaels to tie this film to the milestone 40th Anniversary celebration of the show. We knew getting such unique access to SNL was a once in a lifetime opportunity so we jumped into immediate action.

Tribeca: What did you learn in the process of making this film that surprised you?

BN: What I love most about making documentary films is approaching a new subject and project with a sense of discovery. I really want to discover new things while making the film and not make too many assumptions beforehand.  When making documentaries, there are many times you, as a filmmaker, are in a place you have no business being, but that's when you can really observe and discover some surprising things.

That being said, with a show that's been around for 40 years, heavily covered by the media, and beloved by millions of fans, it was a unique challenge to discover something new. For me personally, meeting and talking with SNL’s crew, hearing their stories and learning how many of them have been there for so long was a revelation. Making a live show like SNL every week is such a high pressure job yet there are a quite a few individuals still working on the show who have been there for the entire 40 years—it's really crazy.

In the end, this really isn't a behind the scenes movie, it's a look into how SNL has reflected America over its 40 years.

Tribeca: Why is TFF right place to premiere this film?

BN: Tribeca has been incredibly supportive of my filmmaking career and even helped guide it before I decided to become a filmmaker! While I was still at NYU and had no intentions to be a filmmaker, I attended the first ever Tribeca Film Festival in 2002. Ten years later, I had the honor of world premiering the first feature I produced [Once in a Lullaby: PS 22 Chorus Documentary] at the 2012 Tribeca Film Festival. And now, my directorial feature debut is opening the festival! In addition to the festival's support, I have been fortunate enough to have the support of the Tribeca Film Institute on a number of other projects. With LIVE FROM NEW YORK!, I couldn't imagine a better place to premiere a film about an iconic New York institution like Saturday Night Live other than the Tribeca Film Festival.

Don't miss a first look at the film below.

Tickets for the opening will go on sale on March 23 for American Express Card Members at www.tribecafilm.com. General Public can buy tickets starting March 28. In the meantime, keep checking back for more TFF 2015 announcements.