These 12 international films encompass stories with settings ranging from a post-apocalyptic Ireland to war-torn Kentucky during the early 1860’s. 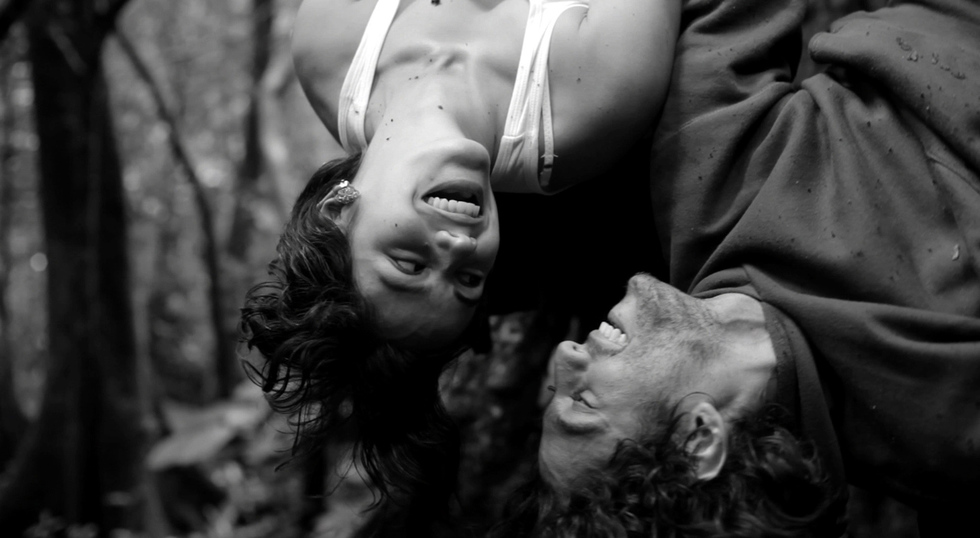 Out of 6223 total Festival submissions, our programming team narrowed down our TFF 2015 World Narrative Competition to just 12 outstanding features. These 12 selected titles will compete in 7 categories including the Founders Award for Best Narrative Feature, sponsored by AT&T, Best Screenplay in a Narrative Feature, sponsored by Freixenet Spanish Cava, Best Actor and Best Actress, both awards sponsored by Citrin Cooperman. Participating films in the World Narrative Competition and the World Documentary Feature Competition categories will compete for cash prizes totaling $225,000, and the winners also will receive exceptional works of art from our Artists Awards program.

Several female filmmakers in the World Narrative Competition category are eligible for the 3rd annual Nora Ephron Award, sponsored by Coach, which recognizes an artist who embodies the spirit and vision of the legendary filmmaker and writer. There are 30 female feature film directors participating in this year’s Festival, presented by AT&T, the highest percentage in TFF history.

The diverse group of filmmakers contending in this year’s World Narrative Competition reflects the best of the best of international cinema. Their films offer fascinating stories set in exotic locales such as Iceland, Costa Rica, South Africa, and Denmark as well as ones taking place in our own backyard, New York City. Take a look at the program below:

Elliott (James Franco), a once-successful novelist inflicted with writer’s block and an Adderall addiction strives to escape his problems by delving into the world of a high-profile murder case. Amber Heard, Ed Harris, and Cynthia Nixon co-star in this adaptation of Elliott's best-selling memoir.

Sara (Hannah Murray) and her dad arrive in a town haunted by a spate of teenage suicides. When she falls in love with Jamie (Josh O’Connor), she becomes prey to the depression that threatens to engulf them all. Jeppe Ronde's debut is based on the real-life Welsh county borough of Bridgend, which has recorded at least 79 suicides since 2007.

In the hot lazy days of a Mississippi summer two star-crossed lovers, a recently released ex-con (Chris Zylka) and an aspiring stripper (Riley Keough), become trapped in a downward spiral of crime and obsessive love, as they try to ditch their small town lives. Featuring an impressive performance by Faith Hill.

Richard Gere delivers a bravura performance as the title character, a rich eccentric who worms his way into the lives of a deceased friend’s young daughter (Dakota Fanning) and her new husband (Theo James). The narrative feature debut of writer-director Andrew Renzi, Franny is a warm and winsome drama about the pangs of the past, and the families we choose.

Sarah and Phil’s son goes missing, shattering their life together and forcing each to find their own way to cope. Cinematographer-turned-director Reed Morano presents a masterfully crafted contemplation on a relationship strained to the breaking point. Olivia Wilde and Luke Wilson capture the unraveling emotions with remarkable power, alongside Kevin Corrigan, John Leguizamo, Elizabeth Moss, Giovanni Ribisi, Juno Temple, and Merritt Wever.

Kentucky, 1861. Francis and Henry Mellon depend on each other to keep their unkempt estate afloat as winter encroaches. After Francis takes a casual fight too far, Henry ventures off in the night, leaving each of them to struggle through the wartime on their own.

Jabz and September are two twenty-something suburbanites drifting through a day of drugs, sex, and philosophizing in their privileged Johannesburg neighborhood, ill-equipped to handle a tragedy that has interrupted the hollowness of their daily lives. Using rich black and white photography, Sibs Shongwe-La Mer paints a raw, unique portrait of self-obsessed youth facing adulthood in an increasingly divided city. In Afrikaans, English, isiZulu with subtitles.

Self-preservation takes on a new level of meaning in this organic post-apocalyptic drama, where the only way to get food is to farm it. A man is threatened when two starving women stumble across his cabin and demand to stay. Each new mouth to feed strains the limits of what the farm can produce and diminishes their chance for survival.

As a young woman living within the confines of a Northern Albanian village, Hana longs to escape the shackles of womanhood, and live her life as a man. To do so she must take an oath to eternally remain a virgin. Years later, as Mark, she leaves home for the first time to confront a new set of circumstances, leading her to contemplate the possibility of undoing her vow. In Albanian, Italian with subtitles.

After meeting at a party, Luciana and Pedro spark up a spontaneous rendezvous when Luciana accompanies Pedro to a national forest on a work trip. Eschewing the fraudulent nature of traditional relationships, the pair explores the beauty in the nature that surrounds them as they indulge in the passions of their encounter and navigate the various meanings of commitment. In Spanish with subtitles.

Fúsi is a mammoth of a man who at 43-years-old is still living at home with his mother. Shy and awkward, he hasn’t quite learned how to socialize with others, leaving him as an untouchable inexperienced virgin. That is until his family pushes him to join a dance class, where he meets the equally innocent but playful Sjöfn. In Icelandic with subtitles.

A life's work becomes a prison for jazz club owner Stelios when a shady Romanian gangster calls in his debts. This gripping, underworld drama is a parable on the perils of accumulated debt, and a depiction of the descent of a mostly decent man. Director Alexis Alexiou perfectly balances the complex emotions that drive a man to take the most drastic measures available. In Greek with subtitles.

The Festival will take place from April 15 to 26 at locations throughout downtown Manhattan and will open with documentary Live From New York! an exploration of 40 years of American politics, tragedy, and popular culture through the comedic lens of "Saturday Night Live."