We asked some of our favorite Vine creators to choose their top Vines of the year, expert-style. Here are the pro's choices - including one that was extra popular. 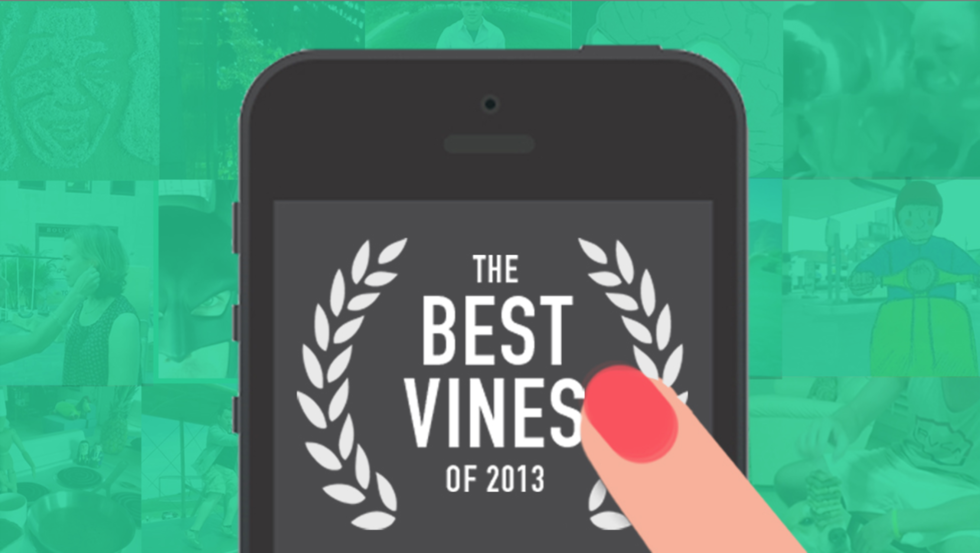 Can you believe Vine has only been around for less than 11 months? In that time, we've fallen in love with the app and the limitations that make it so inspiring to creative people. After our #6SECFILM Vine Competition during the 2013 Festival, we kept up with our favorite Viners (including competition winners and short listers) with a series of interviews. This week, we asked that illustrious group of popular and professional Vine creators to choose their three favorite Vines of the year - a nearly impossible task. Here's what they came up with.

Strata Paper by Dylan Blau was the most popular amongst the Viners we asked, so we're putting it first, with their comments.

Yves Das: When I saw this Vine, I first thought "This is not a real Vine." But I met Dylan at an event for Twitter France and he showed me the pictures of how he made it. Great guy, by the way!

Frank Danna: I'm so glad this was recently chosen for Editors Pick. The time and energy that went into creating this must've been immense, and the fact that it's SO GOOD that it looks like it couldn't have been created in app makes it that much better. If this Vine has taught me anything, it's that #AllNaturalVines trump anything uploaded (and Dylan's gotta be a wizard).

Pinot: He never stops experimenting with materials, from clay to paper. He converts digital motion graphic into analog motion graphic.

"My top 3 Vines is an extremely hard thing to tell. I am mentioning the following three Vines, not only because I do love them, but because these people have brought me consistent extreme joy throughout the year of 2013."

"Chad is such a brilliant actor and his #Chabbigal character is hilarious. This specific video right here is a beautiful easter egg within the series."

"Jess is inspiring, creative, weird as hell and she never ceases to impress or amaze me."

"Simply Sylvio is a good reason for anyone to check Vine on a daily basis. His art direction is flawless and this video is a perfect example of what a Vine should and could be like."

"This is the first video of my day of the week series which I love making so much. It is also a plus that I smash things and get dirty in them because I am a disgusting man and enjoy every second of it."

"Me & some fellow Viners are doing a movement on Vine called All Natural Vines. It's about how we create something creative on Vine, made inside the Vine app, not from outside the app like After Effects, CGI software or DSLR camera. It's about how we deal with the limitation & go beyond. Based on that, I selected some favorite Vines out there. 100% natural, 100% done inside the Vine :). And beyond that, they're not just creating stop-motion, but also combined with story & advance technique."

The Shadows is My Home by Hampus Hagman

"Simple, minimalistic, with pencil & paper. As if he's doing it on tabletop while he's working on something else. Like doodling on a tissue paper."

"His effort on doing Vine is beyond any imagination. Vine is definitely his playground."

Sketching a Passing Train by Pinot

"Drawing something moving on a paper. With sound."

Read our interview with Pinot here.

"I love the look of a motionless body laying on a thing. Mackenzie places herself on an escalator, the Walk Of Fame, a street, and a bush. The static camera angles and diegetic sound make it."

"​I've met Brian a couple of times and he told me the story behind this Vine. The Bud Light Limes were stored outdoors for about a year, he shot it at his parent's house in New York, and his mom sent them down the chute. I love those details and I love the up-spray of the first can that hits the patio."

"All very cute: The Canadian flag, the pine trees, the little wave 'hello' and clipped audio at the end. I love it."

"I've been wanting to film this scenario for years. I'm very happy that Vine turned out to be the perfect medium to make it happen in 2013."

"​Sunny Mabrey is one of the most prolific Viners I know. She’s hilarious on her own, but her collaborations are great too. Here’s a two-parter with Ethan Embry that made me laugh a lot."

Break the Silence by Avery Monsen

"Avery Monsen may be the most creative and talented Viner I’ve ever come across."

"Karen Tozzi possesses an artistic genius that constantly thrills and amazes me, in addition to cracking me up."

"I guess my favorite Vine I’ve made in 2013 is this one from my Twins Talkin’ series. It’s one of the few times I’ve hinted at any backstory for the twins."

"I love everything that Brian Demby creates, it is impossible to choose the best. Here is one."

Favorite Vine of Her Own

And Now For the Fun. by Meagan Cignoli

"I enjoy creating sets and playing with color and shapes. I'm really fond of this one because it feels really magical and also I love the aesthetic. There is a lot of me in this one."

"An early example of printed stop motion, using a great technique of screwing up paper. Andrew Jive does the best paper tearing and scrunching on the app!"

Fly Through by Tee Ken Ng

"A master of this medium Tee Ken Ng has continually pushed the limits with new techniques, but I never get tired of watching this 'fly through’ Vine from earlier work."

Tintin and Milou in My Office by Daniel Ojanlatva

"I’ve been a fan of Daniel’s work since day one, and this Tintin animation is one of my favourites, so simple and well executed. The shadows are just great."

House of Cards by Yelldesign

"I did this animation while our family were on vacation, there weren’t many props available and I had to settle for some playing cards that we bought along. It took a few hours to cut the cards out, and I did about 4 takes to get it smooth, but I was really happy with the way it came out."

"Here are my three favorite Vines of the year. Too hard to take one out, they are so good in their own way."

"This Vine has it all. The cinematography, the audio, and the seamless loop all wrapped up in one beautifully captured Vine."

Tonight is the Super Moon. Go Out and Look at the Moon​ by Ian Padgham

"There is a reason why Ian is one of the best stop-motion artists on Vine. Not only he has the creative skills to create something intriguing, he was able to capture this audio in-cam! (In-Camera) Only a handful of Viners have the technique to pull this off correctly, and he is one of the masters that can."

"How can I not have an Adam Goldberg Vine on this list? There is a reason why they called him the King of Vine, he set a precedent that no one can match to this day. I really had a hard time picking one of my favs. Everything Adam Vines, he does so well. But, this Vine in particular caught my attention because of it's simplicity. The audio draws me into the story, where I find myself watching over and over again."

How to Play with Food: Pac Man Edition by Jethro Ames

"Combining my 2 loves together. Vine and Video Games. I really liked how this Vine turned out, especially how the audio really sounds like you are playing the game live."

Taking a Lil Snooze​ by Keelayjams

The Moving Image ​by Ian Padgham

Everything Changes by Peter Heacock

"The passage of time is magical and the latest capabilities of vine allow for it's capture.  37 days in six seconds using a device that fits in my pocket.."

Pizzas Parachuting from a Very Pretty Bridge ​by Keelayjams

"This was the first Vine I saw that made me think, "this should be in a museum."

"Marlo is one of the hardest-working Viners I know. She nails the medium perfectly with funny, handmade stories. I think she actually stayed home from work to make this."

"Whenever I give someone a demo of what you can do with Vine, I show them this."

Should I Have Pushed the Green Button? by Nick Confalone

"I like that it messes with the assumptions of Vines. In a Vine, you could pretend a strawberry is a red button, but in this case it turns out to be a literal strawberry. Also, it still makes me laugh."

"There's something magical about this Vine...it makes me feel like a kid again."

It's Time to Summer Up Everybody! by Target

"It took a ten person crew nearly two weeks to create this Vine. It inspired me to continue to refine my craft and try my best to push the boundaries of what can be created on this platform."

"I'm really happy with how this Vine turned out. Up until a few weeks ago, this was my most time-consuming Vine post ever! I can't wait to create more Vines with this paper ninja in 2014!"

"I love his minimalistic style very much. He makesa simple idea like pixels a great story."

"Hampus makes  arty vines. I like them very much! This vine belongs in a museum if you ask me."

"It is difficult to choose between my vines. I put so much work into it; they all become a bit of a part of me. I could choose between the commercial vines I made and the more arty vines, I think vine this tells the best of both worlds. Also I liked that CNN brings a cool article about vining where I showed up next to Ian Padgham the Godfather of Vine ;-)"

Favorite of His Own

Dear London: Your Clock was Running Late, So I Reset it for You ​by Ian Padgham