BRIDGE OF SPIES is Steven Spielberg's Best Movie in 10 Years

If you need a reminder of the iconic filmmaker's unparalleled mastery, look no further than this vibrant yet subtle Cold War drama. 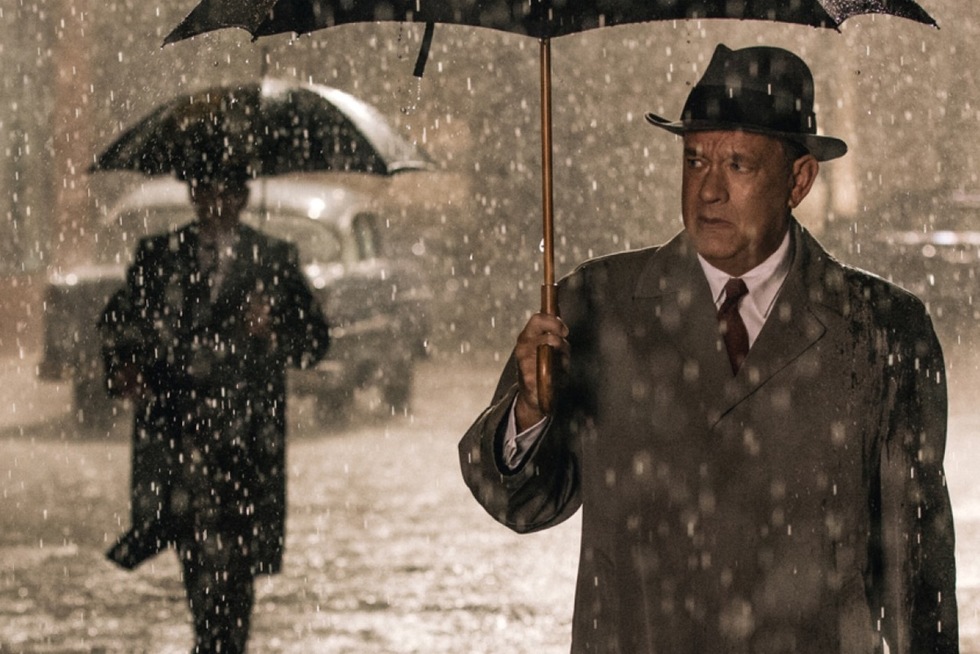 It takes a special kind of director to make the Cold War feel like multiplex-fitted good times. More often than not, the historical period of mistrust and paranoia between American and the Soviet Union receives dry treatment; even when the films are strongly made, like 2011's Tinker, Tailor, Soldier, Spy, their, for lack of a better word, coldness leaves them inaccessible for mainstream popcorn devourers. They play like social studies lessons rather than populist entertainment. But in the hands of the almighty Steven Spielberg, the Cold War espionage in Bridge of Spies feels vibrant. He finds the everyman humanity in that late-1950s era and mines it for crowd-pleasing enjoyment.

Based on real events, Bridge of Spies stars Tom Hanks as James Donovan, an inconspicuous insurance lawyer from Brooklyn who, in 1957, was assigned a whopper of a criminal case: he had to defend Rudolf Abel (played terrifically by theater giant Mark Rylance), a Russian immigrant who'd been suspected of being a Russian spy. Shortly after Donovan lost the trial, and his client ended up behind bars, an American spy plane pilot named Francis Powers (Austin Stowell) crashed above Russia and became the red country's prisoner. As if he wasn’t in deep enough already, having turned into American citizens' least favorite person for trying to help a supposed spy, Donovan had to negotiate the exchange of Abel for Powers, along with an unexpected third party.

There's a palpable elegance to Bridge of Spies, Spielberg's most satisfying movie since 2005's Munich. It’s restrained and confident, channeling the old-fashioned, fish-out-of-water dramas that used to star disarming actors like Jimmy Stewart. Spielberg has the perfect modern-day star to facilitate that in Hanks, whose natural charms and instant likability undercut the film's high-stakes drama and underlying darkness. There are moments of real horror in Bridge of Spies—in one scene, Donovan watches helplessly as young Germans are gunned down while trying to flee from a Berlin prisoner camp. There are also long stretches filled with the kind of daunting Cold War banter that can be stuffy. But Spielberg and Hanks save Bridge of Spies from its own genre’s usual imprisonments.