Gus Van Sant's ELEPHANT is Still Cinema's Best Answer for the "Why?" of Mass Shootings

Released in 2004, ELEPHANT's subject matter uncomfortably echoes the recent events in Oregon and other gun-ravaged American states. It addresses their complexities better than any TV talking heads or social media warriors can. 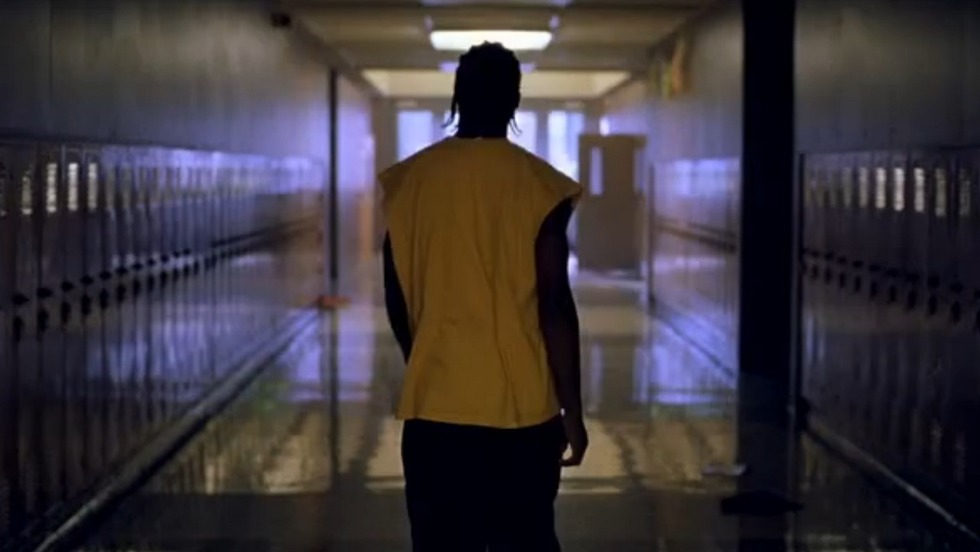 On Twitter, everyone has an opinion, and they're more than happy to force those opinions onto you and everyone else with an active profile. Lately, those viewpoints have largely revolved around bullets and bloodshed. Twitter users' feeds are as likely to include newsbreaks about gun violence and mass shootings as they are outlandish Kanye West quotes, Taylor Swift selfies, and Tom Hiddleston love-fests; more particularly, three separate incidents have sent social media into a collective, justifiable uproar over gun control laws, and the lack thereof. First there was the shooting rampage in Oregon that left 10 people dead on the Umpqua Community College campus; last Friday, two collegiate students were murdered in unrelated tragedies on the campuses of Texas Southern University and Northern Arizona University.

It’s impossible to hear news like that and not be immediately reminded of the Columbine High School massacre in April 1999, which resulted in 13 casualties, or the Sandy Hook Elementary School shooting in Newtown, Connecticut, in December 2012 with its 20-death tally, or the July 2012 movie theater nightmare in Aurora, Colorado in which 12 people were killed, or… You get the idea. Gun violence has long been an epidemic in the United States, and it’s unfortunately going to remain one until some kind of legislation is passed that limits the weapons' accessibility. And until then, folks will be pushed in one direction or the other. The best direction is, of course, the one that saves lives, but those in opposition of minimizing guns aren’t likely to change their tunes because of angry tweets. It's the sad truth.

At a recent press conference for his new documentary, Where to Invade Next, which screened during the New York Film Festival, outspoken filmmaker/activist Michael Moore joked about the predicament in his usually sobering ways. "The only safe place for guns would be in a woman’s uterus," he quipped, relating the issue to the equally hot-button topics of pro-choice and planned parenthood, adding, "that's when they would be regulated by congress." He also commented, without any humor whatsoever, "If they actually showed the crime scene photos from Newtown of the 20 kids with their heads blown off, how long would the NRA want to keep their power?"

Moore's words have stuck with me. Part of me agrees with him, and another part can’t help but think that the "crime scene photos" strategy is the wrong way to go about things. He said it to make a theoretical point, but it’s peppered with such extremities and vitriol that the comment’s intended listeners—the NRA—would probably write it off as further hotheaded ramblings from a known rabble-rouser. That’s not the way to break through to people who genuinely feel that guns aren't a problem.

So what is is the proper way? Writer-director Gus Van Sant figured it out 11 years ago.

Because of Moore's comments, I revisited Van Sant's Elephant (2004) over the weekend; it's an uncompromisingly in-your-face film that put random gun violence into an unavoidably alarming context back when I first watched it in 2004. The re-watch only strengthened Elephant's power. In my opinion, it’s the best film ever made about what recently took place in Oregon, and Colorado, and Texas, and Arizona, and it achieves its message in the most difficult of ways: by doing very little at all. There's no preaching, no grandstanding. There isn't a musical score, or any recognizable actors to comfortably lead viewers through its disturbing realities. It presents a Columbine-like and Umpqua-like event in a purely observational fashion, and, in the process, grapples with their inexplicable nature and abject terror.

Elephant won the Palme d'Or at the 2003 Cannes Film Festival; that accolade aside, though, Van Sant's brilliant film really hasn’t received its just due. He wrote the film as a response to Columbine, initially planning it as a television series and eventually turning it into a loose remake of English director Alan Clarke's 1989 short film of the same name, about two Northern Ireland snipers. Even though it was made over a decade ago, Van Sant's Elephant is just as timely now as it was when it premiered in France. Michael Moore's notion of showing the NRA the Newtown massacre’s young victims’ mutilated bodies would certainly be extreme, but making the NRA's members watch Elephant would be shrewd. They wouldn't instantly change their minds about gun control, but perhaps they'd slightly wake up to what their beloved little killing machines are capable of when put in the wrong hands.

Only 81 minutes long, Elephant is, for the most part, fly-on-the-wall experiential. At times, it hardly even feels like it’s directed by anyone; rather, it feels as if the camera’s invisibly following the film's characters around on a routine day. Various high school students do what typical teenagers do: they make out with their significant others, they engage in casual lunchroom banter about dating, they have spats with their parents. A quiet kid named Alex (Alex Frost) gets picked on by a couple of jocks; the bullies throw crumpled-up paper balls at Alex during science class. Shortly after, Alex is at home hanging out with his buddy Eric (Eric Deulen), and in between video game sessions, they research guns online. And then they're effortlessly ordering an assault rifle. An unannounced time lapse occurs before Alex and Eric sign for their new firearm mail package with the ease with which someone would acquire a DVD from Amazon.

At the film's one-hour mark, Alex and Eric hop in a car and drive to school, armed with a small arsenal of weaponry, including propane bombs. Once there, they calmly walk into the school holding large duffle bags; Alex is in all black, from hoodie to pants; Eric, camouflage pants. The closest thing Elephant has to a protagonist, John (John Robinson), passes by them near the front entrance, and Alex warns him, “Get the fuck out and don’t come back—heavy shit’s going down.” John, understandably bewildered, starts cautioning other teens not to go into the building, and looks for help. Inside, Alex and Eric shrug off their malfunctioning propane bombs and brandish their semi-automatic weapons.

The next 15 minutes evoke pure horror. Elephant's final stretch is where Van Sant's mundane filmmaking approach reveals itself to be anything but. Characters who’ve weaved in and out of the film, and whom the audience has grown fond of, are slaughtered without warning. Three pretty girls who've seemed like they've stepped right out of Mean Girls are in the women's bathroom playfully calling each other "bitches" when Alex walks in and corners them with his rifle.

Van Sant's camera quietly follows behind Benny, a tall and muscular kid who looks like a hero in waiting, for nearly two minutes as Benny helps a student escape through a window, and just as you think Bennie represents Elephant's sole cause for hope, and as he inches towards Eric to save one of their teachers, Eric turns around and shoots Benny at point-blank range. It’s Van Sant's way of removing the climax’s typical narrative artifice. Elephant isn’t about heroes and villains—it's about the act of killing, in all of its Hollywood-effects-free darkness.

The film ends with Alex having pinned the popular and beautiful Carrie (Carrie Finklea) and her boyfriend, and the school's star football player, Nathan (Nathan Tyson), inside a cafeteria’s freezer. Van Sant slowly pans back so that only Alex is in the frame—the terrified couple is behind the wall, and you can only hear their cries for help and pleas for mercy. To pick which one of them to kill first, Alex begins reciting, "Eeny, meeny, miny, mo." Elephant ends on that chillingly droll note. No arrests are made; there's no suggestion that Alex eventually commits suicide, having already killed Eric for no reason before moving onto Carrie and Nathan, or that he does anything whatsoever after shooting them. The massacre has happened, and that’s that.

In making Elephant, Van Sant smartly realized that there’s no acceptable rationalization for what happened at Columbine, or, for that matter, what has since happened in places like Newtown and Aurora. Van Sant doesn’t introduce any peripheral authority figures to analyze how bullying pushed Alex and Eric towards their ultimately destructive actions; he doesn’t villainize the kids who tormented them; he doesn't present Alex and Eric's eventual decimation of the bullies, one of whom is Nathan, as a kind of catharsis for the shooters. In the last seconds of his life, Nathan is no less sympathetic than Benny, or the teacher begging for his life in front of Eric, or the young library aid whose head gets blown off at the start of the massacre. Unlike Nathan, she'd never she’s never done anything wrong to Alex or Eric, yet Van Sant handles her no differently.

In a 2004 interview with The Guardian, Van Sant addressed the film’s casualness towards violence. "Modern-day cinema takes the form of a sermon," he said. "You don't get to think, you only get to receive information. This film is not a sermon. The point of the film is not being delivered to you from the voice of the filmmaker. Hopefully, there are as many interpretations as there are viewers."

In that way, Van Sant is the opposite of someone like Michael Moore, or whichever pundits or politicians are screaming at each other about how the American public should feel in the wake of the most recent shootings, or the millions of Twitter users retweeting one another's opinions. He's a soft-spoken, introverted artist who's more comfortable creating films than occupying a bully pulpit. And his Elephant is socially conscious and cinematic storytelling of the highest order.

My own personal interpretation of the film, in the midst of so many mass shootings now, in 2015, is that it's an unparalleled indictment of everything the NRA stands for, and that it’s all the more impressive because Van Sant didn’t sway me towards that stance. He handed me the loaded gun, so to speak, and let me point it in whichever direction I wanted.