Your daily dose of cultural currency. 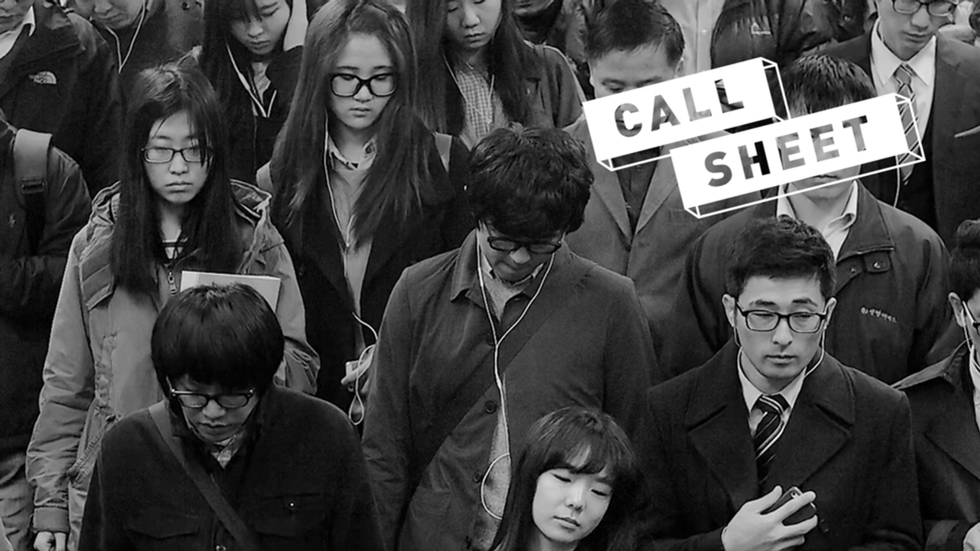 TFI's "Live From New York"
What you need to know: Enter to win a VIP experience at this year's Tribeca Film Festival when you donate to the Tribeca Film Institute, which funds newcomers in filmmaking and works to initiate media literacy programs in NYC schools. A donation through Chideo not only enters you to win airfare, accomodations, and VIP tickets to the festival, but also 2 VIP passes to the opening night premiere of Live From New York!
Tribeca says: Donate and we'll see you next month.

Adam Maygar's Slit-Scan
What you need to know: Hungarian-born, Berlin-based artist Adam Maygar's photographs are currently on view at the Julie Saul Gallery in Chelsea. The photographs capture a conceptual "freezed time" in panoramic long-exposure shots of metropolitans in public places. Maygar takes this concept to the moving image with time-lapse videos filmed in crowded public places - by changing the exposure time from 12 seconds to 12 minutes, he creates the illusion of moving through a crowd of frozen commuters. Watch as he emulates this concept in a subway station at Times Square.
Tribeca says: Maygar wins for actually creating a navigatable Times Square.

Asia Week NY
What you need to know: This week-long festival focuses on the appreciation of historic and contemporary art from cultures throughout Asia and runs from March 13-21. Scheduled events involve exhibition openings, film screenings, lectures and roundtables throughout the city, including a look at Japanese tattoo over the years and Han Dynasty jade sculptures.
Tribeca says: New York's thriving Asian Arts scene is not to be missed.