CLIVE DAVIS: THE SOUNDTRACK OF OUR LIVES Will Open Tribeca 2017 at Radio City Music Hall

The film screening will be followed by special concert featuring performances by Aretha Franklin, Jennifer Hudson, Earth, Wind &amp; Fire, and more, in celebration of the music icon. 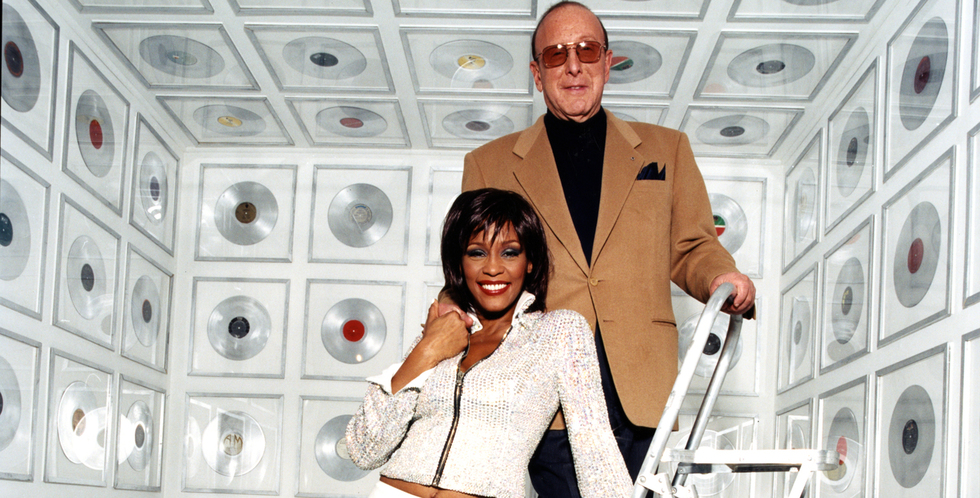 Few individuals have left a more lasting imprint on the lives of music lovers than Clive Davis. After all, this is the man who first signed Aerosmith in the 1970s, carried Whitney Houston's angelic, once-in-a-lifetime voice to worldwide prominence, and founded the iconic Bad Boy Records alongside Sean Combs. And that doesn't even begin to encompass the other artists whose careers he has played a key role in shaping, from Janis Joplin and Barry Manilow to Carly Simon and TLC to Bruce Springsteen and Santana. When it comes to not just knowing but engaging the hearts and minds of listeners, no single person has done it quite as triumphantly than Davis.

That's why the Tribeca Film Festival, presented by AT&T, is proud to open its sixteenth edition with the world premiere of Chris Perkel's feature-length documentary Clive Davis: The Soundtrack of Our Lives at Radio City Music Hall on Wednesday, April 19th, 2017. The premiere will be followed by a special concert featuring performances by the likes of Aretha Franklin, Jennifer Hudson, Earth, Wind & Fire, and many more, taking opening night beyond the screen to honor the legendary music executive and producer. The Tribeca Film Festival runs April 19th to the 30th.

Based on Davis’ 2013 bestselling autobiography, the film chronicles the historic influence of “The Man with the Golden Ears,” who rose from humble beginnings, and in a compelling and riveting journey, became one of the music industry’s most iconic figures. Directed by Chris Perkel, the film is produced by Michael Bernstein of Scott Free Productions, with Ridley Scott and Mary Lisio executive producing alongside IM Global’s Stuart Ford, David Schulhof, and Deborah Zipser. Leading independent film and television studio IM Global provided financing for the film.

"Clive Davis: The Soundtrack of Our Lives is a fascinating exploration of his remarkable story and the impact that a great producer can have on artists and music,” said Jane Rosenthal, Co-Founder and Executive Chair of the Tribeca Film Festival. “We are excited to have this powerful film premiere on our opening night.”

“The Tribeca Film Festival has a wonderful tradition of artists supporting artists, so honoring Clive Davis and his unwavering commitment to music and creativity is the perfect way to open our 16th annual festival,” said Tribeca’s Paula Weinstein. “With special live performances by some of the most talented artists of our time, it will be an unforgettable night to celebrate the arts and Clive.”

“Directing this film provided a wonderful challenge because Clive Davis stands at the center of a culture-defining array of talent that has shaped the last half century of contemporary music. His is an inspiring story that's sure to leave you with a smile on your face, a tug at your heart and a playlist of hits forever stuck in your head,” said director Chris Perkel.

The film is an inspiring story of courage, resilience, talent, and an unwavering commitment to excellence. These qualities drove Davis — a child of early twentieth-century working-class Brooklyn who lost both parents as a teenager — to full academic scholarships to NYU and Harvard Law School and a brief but impactful stint as a white-shoe lawyer. His unrelenting drive to be the best and a twist of fate led Davis to assume the presidency of Columbia Records at just 35 years of age. It was only after the discovery of Janis Joplin at the Monterey Pop Festival, and Chicago, Blood Sweat & Tears, Santana, and Aerosmith shortly thereafter, that it became dramatically evident that David had a natural and previously unexplored gift that would command a career that has created the soundtrack for three generations of American listeners.

The film examines how Davis rocketed to the top of the bare-knuckles music industry, repeatedly building major record labels (Columbia, Arista, J) and at times becoming the subject of great controversy while overcoming enormous professional and personal challenges and tragedies.

Davis has signed, influenced and driven the careers of many of the most important music artists of the twentieth and twenty-first centuries. In addition to those already mentioned, these include: Simon & Garfunkel, Bruce Springsteen, Earth Wind & Fire, Billy Joel, Barry Manilow, Patti Smith, The Kinks, The Grateful Dead, Dionne Warwick, Aretha Franklin, Alicia Keys, Jennifer Hudson, Sean “Puffy” Combs, and, of course, Whitney Houston, whose explosive professional career is dramatically captured in a never-before-told story that will move and enthrall audiences. The Soundtrack of Our Lives features interviews with many of these iconic artists.

Davis' storied, annual Pre-Grammy Gala, which just turned forty, is always the hottest ticket of the year, drawing the biggest stars across music, film, television, and politics, as well as business leaders and glitterati from around the world. For the first time, audiences will get an inside look, through the documentary, at the musical, social, and cultural heights reached by this legendary Gala.

The 2017 Tribeca Film Festival will announce its feature film slate in early March.