The Dos and Don'ts of Crowdfunding Rewards for Filmmakers

The rewards you offer your backers should be awesome for them and low-stress for you. Here are 10 tips to consider before you pass the hat - so you can focus on making your movie, not mailing postcards. 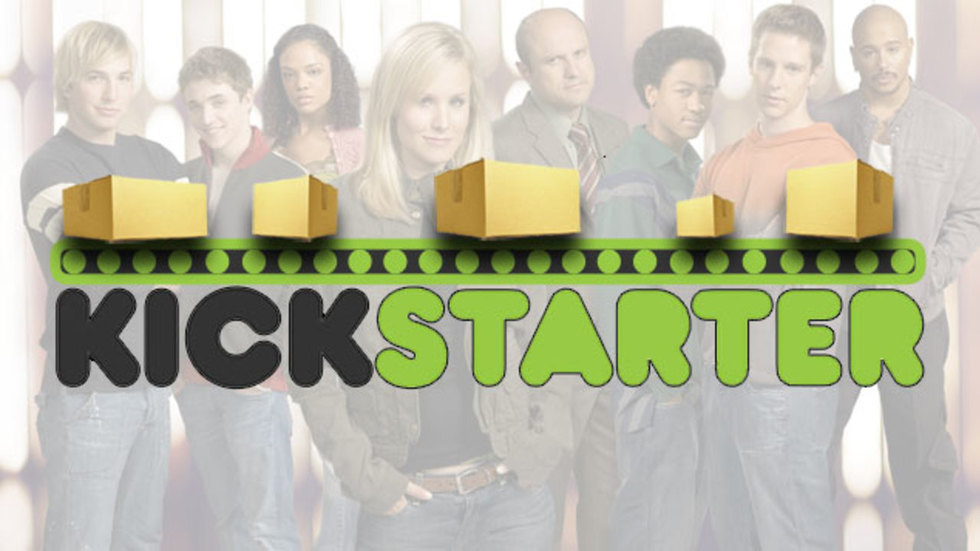 By all accounts, the launch of a Veronica Mars film project on Kickstarter last week has been a swift, staggering and somewhat dizzying success. The proposed feature-length adaptation of Rob Thomas' cult-darling TV series rocketed past its crowdfunding goal of $2 million in a roughly 11 hours, and had reached $3.6 million by Monday afternoon. While its circumstances as a preexisting fan favorite and major-studio property make Mars an obvious outlier in the mostly independent realm of creators on Kickstarter, Indiegogo, Seed&Spark and other crowdfunding sites, its success calls attention to one of the oft-overlooked elements of those sites' many runaway hits: How to deliver "rewards" promised to hundreds or thousands of backers for their donations.

I wrote about this last week as it pertains to Thomas and Veronica Mars, whose delivery of t-shirts, DVDs and Blu-rays, signed posters and more has the infrastructure of an international entertainment conglomerate to fall back on. (Thomas, who made it sound as though he was on his own in his initial Kickstarter pitch, has since acknowledged that Warner Bros. has his back on fulfilling the demand.) Most other filmmakers who've considered or tried crowdfunding do not share Thomas' luxury, and the temptation of all those crowdfunded dollar signs -- more than $100 million to date for independent film on Kickstarter alone -- can sometimes overshadow the stress and complications that accompany such a windfall.

From conception to shipping, rewards can and should be awesome. Before you go passing the hat, consider a few dos and don'ts that will help maintain your -- and your backers' -- focus squarely on your creative effort:

Budget money and time: Not only for the film, which goes without saying, but also for the combined costs of producing and shipping your promised rewards. If you intend to send postcard updates and/or thank-yous, then how much will postcards and stamps cost? Moreover, how long will it take you to write and address the postcards? And those are just self-contained units; rewards like t-shirts, stickers, posters and other merchandise require their own quality control and delivery methods. Cut, combine and streamline rewards however you can.

Budget for the best-case-scenario: Good news! You've funded your project with $40,000, double your original $20,000 goal. Bad news! Now, in addition to making a movie, you have to deliver two or even three times the expected goodies. One of your most popular rewards packages included a Blu-ray copy, and now you're responsible for authoring, manufacturing, packaging and shipping 600 (or more) Blu-rays of your film -- which hasn't even been made yet, let alone arranged distribution -- to eager backers by an estimated deadline six months away. A guy like Rob Thomas can kick this up the ladder to the Hollywood conglomerate that owns his property. You cannot. Presumptuous as it sounds, anticipate everything for which you might be on the hook when the crowdfunding dust settles, and double it when hammering out your awards structure. And if you don't use the allocated resources for the rewards, then guess what? More money for your project.

Set a best-case-scenario deadline: Backers of hugely successful projects are known for their flexibility, but only because too often, production delays mean they don't have any choice. In crowdfunding as in life, creators owe backers realistic timelines. For me, the most frustrating element of the Veronica Mars project is its absurd one-year window to fund, produce and deliver a major motion picture and all of its ancillary backer rewards. This sets a horrible example for a funding model historically plagued with late, fluid or altogether elusive delivery dates. Furthermore, this all compounds your stress exponentially and unnecessarily. Don't be That Project. Think you'll need 12 months? Give yourself 18. Think you'll need 18? Give yourself 24.

Offer Rewards of Real Value: I know, I know: How do you know anything is of value until your project funds? That's part of the trick, but really, if your project is valuable enough for you to attempt to make, then it logically follows that its parts connote an inherent value of their own. Scripts, props, on-camera appearances… you name it. In any case, as alluded to above, make sure that the value proposition favors you.

For dramatic features, it costs nothing to factor in personalized character names, walk-ons or cameos. (Just make sure you stipulate to any interested backers that they are responsible for travel.) For documentaries, you can send those aforementioned postcards from the road, offer work-in-progress screenings, or arrange a Skype or FaceTime group meeting with you and a subject. The makers of the buzzy indie doc Bronycon offered to interview two $5,000 backers in their film, while the makers of the "Victorian ghost story puppet film" The Mill at Calder's End will hand off some of the movie's puppets after production. Director Jennifer Fox offered artwork, jewelry and even a Tibetan chest to backers of her film My Reincarnation. If any of this sounds unduly mercenary, then crowdfunding -- hell, filmmaking -- might be the wrong place for you.

Nail a $25 reward: The $25 pledge is generally regarded as the most popular on Kickstarter, Indiegogo and most other crowdfunding sites. It's a modest, low-risk commitment for a backer who's intrigued enough to eventually want to watch your project but not intrigued enough to bid on a speaking part or some other top-shelf perk. Kickstarter success stories from the microbudget feature Paper Dreams to Charlie Kaufman's Anomalisa to the series Tornado Chasers all offered digital downloads of the completed projects at their $20 or $25 price points -- statistically, anyway, the runaway favorites of the rewards offered. The upside is twofold: The more backers you get here, the likelier your campaign is to sustain its visibility among crowdfunding site admins (who can feature you on their home page) and prospective backers alike. Better still, you can allocate more of your revenue to creation and distribution instead of filling time-consuming orders for expensive swag and other gimmicks.

Water down your credits: Pretty much everyone knows that $2,500 won't get you very far in the conventional film world. So why accept that in exchange for producer credit for your crowdfunded project? Whether an associate producer, executive producer, or full-fledged producer-producer title, it's tempting to offer five or six such slots for a couple grand apiece to involve multiple backers and hedge your bets. But doubling the price point and cutting the number of available producer slots gets you more money for less work, plays up the reward's exclusivity, and appeals directly to the well-heeled backer you may already know and who -- let's face it -- doesn't want to pledge thousands of dollars to your project just to share the screen with a half-dozen other names. Use the popularity of your awesome mid-level items to attract two or three key backers for the top-level items.

Be vague: I once backed a failed Kickstarter project whose $10,000 reward was (and I quote), "Contact me, and we'll figure something out. Estimated delivery: Apr 2014." As much as I wanted to see the film made, and as disappointed as I was for the creator, I knew he wasn't likely to get to a big backer's heart -- or more importantly, a big backer's wallet -- through ambivalence and/or ambiguity. At every level, be specific and make that value proposition count. That said, don't…

Overcomplicate: Filmmaking and crowdfunding are both difficult enough without having to chisel the glaze from prospective backers' eyes. If your 16th reward level includes various permutations or packagings of the rewards that precede it, then you're trying too hard. Indiegogo reports that 70% of its successful projects offer between three and eight perks. The best of these are 25-30 words about the rewards in clear, concise English. At the end of the day, it's all variations on an elevator pitch, so keep it simple. "All of the above, plus [insert new reward here]" will do the trick.

Overlook the equipment: Launched just for filmmakers, the new start-up Seed&Spark brings a unique production-and-distribution model to the crowdfunding fracas. But while distribution has its own value, it puts the cart ahead of the horse for a filmmaker who doesn't even have a camera yet. Seed&Spark offers a registry-style listing of goods and services for backers who would just as happily chip in for lenses, audio gear, transportation and other stuff than receive a signed poster from the completed film. Creators can still offer the poster in Seed&Spark's "Incentives" section, but fundamentally, this site knows that the value of straight priorities speaks for itself.

Forget why you're here: You have to be enough things as a filmmaker without adding "accountant," "silkscreener" or "fulfillment specialist" to that list of duties. So amid all the brainstorming, daydreaming, panicking and nerves that accompany your crowdfunding efforts, never lose sight of your reward: To make a movie. How do the project's rewards, perks, incentives and other benefits get you any closer to being on the set, calling "Action"? How do they stir demand for your project, thus getting you closer to making your next film? The paradigm may have shifted,but the end goal never will.

If TV Fans Can Fund A Movie, Why Can't We Fund a Movie Sequel?