The 13 Most Anticipated Documentaries of Fall 2013

These thirteen documentary films are the highlights of what is shaping up to be an exciting remainder of 2013, a year that's already been quite strong when it comes to docs. Take a look at what's opening this fall and when. 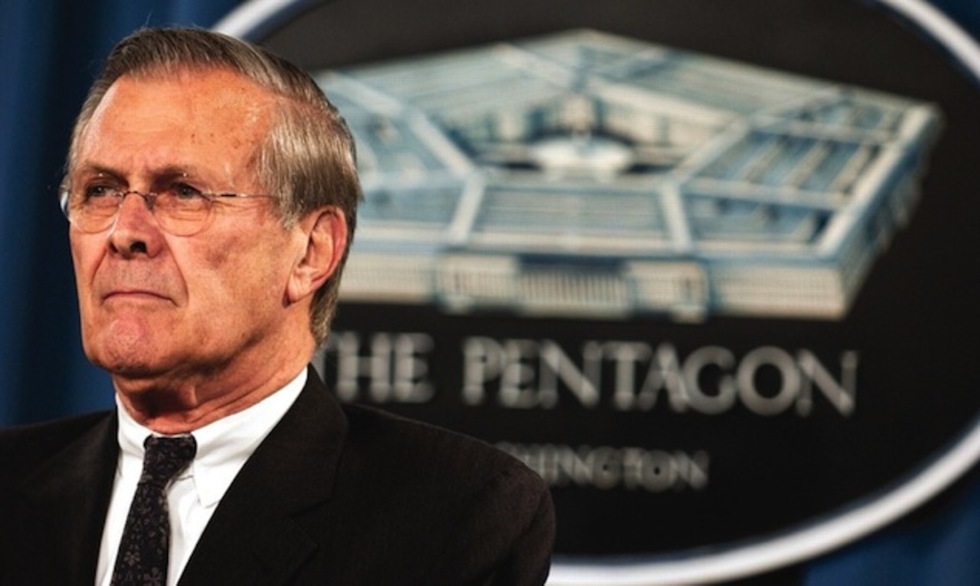 The Unknown Known: Master documentarian Errol Morris is back with a look at former U.S. defense secretary Donald Rumsfeld and his part in the wars that came to define the Bush administration. Audiences at the Toronto Film Festival were comparing it to Morris's earlier doc triumph The Fog of War, which was also a look at an architect of war. Release Date: Not announced, but expect The Weinstein Company to release it in time for awards consideration

The Armstrong Lie: Director Alex Gibney (Mea Maxima Culpa; Taxi to the Dark Side) turns his camera to the scandalous sports saga of Lance Armstrong, the champion cyclist and cancer survivor who finally copped to extensive doping after years of being dogged by rumors. Release Date: November 8

Inequality For All: U.S. Labor Secretary Robert Reich looks to raise awareness of the economic gap in this country. Release Date: September 27

Bridegroom: The Audience Award-winner at the 2013 Tribeca Film Festival (as well as winning the same award at Outfest) has been picked up by Virgil Films for U.S. distribution this fall. Release Date: A fall release, paired with VOD and DVD distribution.

Let The Fire Burn: Another award-winner at the 2013 Tribeca Film Festival, Jason Osder's film of a 1985 police raid on a radical organization and the resulting fire that went un-battled for hours promises to be a uniquely powerful experience. Release Date: October 2

Blood Brother: Speaking of Sundance, Blood Brother took the jury prize and audience award for its story of Rocky Braat and his work at an AIDS hostel in India. Release Date: October 18 (NY); October 25 (LA)

Valentine Road: The 2008 school shooting of gay 8th grader Larry King by his classmate gets the documentary treatment, looking at both victim and perpetrator and what were truly the paths that led to such a tragedy. Release Date: October 7th, on HBO.

After Tiller: This story of the dwindling number of third-trimester abortion providers after the murder of Dr. George Tiller in 2009 got a great reception at Sundance. Release Date: September 20

The Square: This nearly as-we-speak look at the Egyptian political revolution won an audience award for world documentaries at Sundance, and and even since then, director Jehane Noujaim went back and shot even more footage for the fim's fall festival premieres. Release Date: October 25

Tim's Vermeer: Illusionist/entertainers Penn and Teller are behind this look at an eccentric millionaire looking to use technology to help him paint like Vermeer. Release Date: Unknown, but a probable year-end debut for awards consideration

Manakamana: The folks behind Leviathan are producing this showcase for breathtaking visuals and camera techniques in the mountains of Nepal. Release Date: September 28 (New York Film Festival)