The latest romance from the director of the underrated LIKE CRAZY has a striking new trailer. 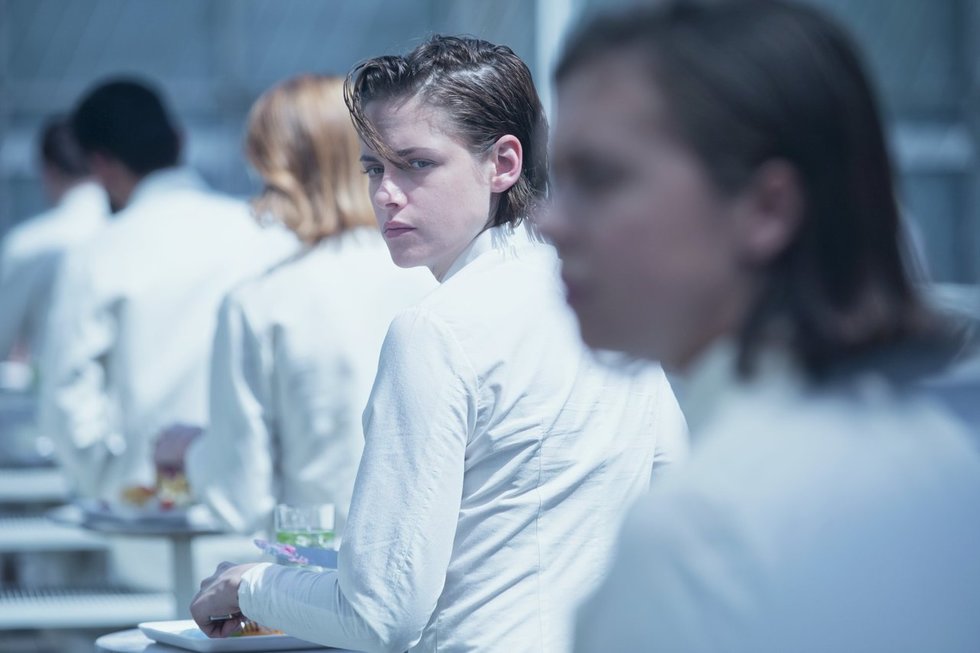 Are there two more disparate stories than William Shakespeare’s Romeo and Juliet and George Lucas’ THX 1138? It’s doubtful, yet there’s now a movie that combines the former’s narrative themes and the latter’s visual style. And to make that strange duality more accessible, it’s all held together by two of the best young actors working today and one of the more gifted young directors working in the indie scene.

Drake Doremus, who previously made the two excellent small-scale romances Like Crazy (2011) and Breathe In (2013), pairs his affinity for youth-driven love stories with dystopian sci-fi in Equals, and the film’s first teaser suggests YA conflicts with a strong Orwellian twist. Kristen Stewart and Nicholas Hoult play members of a futuristic society called The Collective, in which people live serenely but without any real emotions. They’ve been programmed to never feel love, anger, sadness, and every other perfectly natural human sensation, but a disease known as SOS (Switched-Over Syndrome) starts changing that. Stewart and Hoult’s characters fall in love, but, as a result, are at risk of being tossed in The Den, where SOS "victims" are sequestered within and left to die.

Equals doesn’t have a release date yet, but A24 has the film ready for distribution, and word has it that a summer release is in the works. In the meantime, check out the first trailer below.