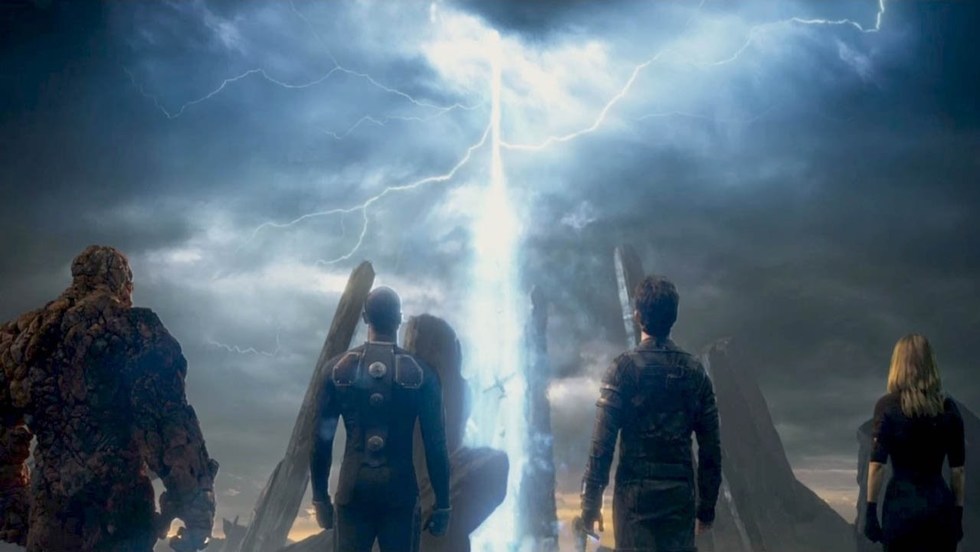 One of New York City’s undisputed underground hip-hop titans, El-P, or "El Producto," is a wizard behind the production boards. Back in the late '90s, the Brooklyn native created the spacey, head-crushing beats for NYC group Company Flow, whose Funcrusher Plus album is musical nirvana for open-minded rap heads; in recent years, El-P’s been one-half of Run the Jewels, his critically acclaimed and politically aggressive duo with Atlanta rapper/outspoken social activist Killer Mike. And now El-P can "film music composer" to his portfolio.

Over the weekend, while San Diego Comic-Con was at its height, Fantastic Four director Josh Trank quietly revealed that El-P has put together an original instrumental track for the Marvel-backed superhero movie’s closing credits. The news broke, where else, on Twitter.

Opening on August 7, Trank’s younger-skewing Fantastic Four reboot stars Miles Teller (Whiplash) as Mr. Fantastic, Michael B. Jordan (Fruitvale Station) as Johnny Storm, Kate Mara (House of Cards) as Sue Storm and Jamie Bell (AMC’s Turn) as Ben "The Thing" Grimm. The last two Fantastic Four movies, released in 2005 and 2007, are, to put it lightly, less than super, so the bar’s set low for Trank to improve on what’s one of Marvel mastermind Stan Lee’s earliest and most beloved comic book properties.

But at least this new film will have some excellent music as audiences file out of the theater. To hear just how perfect El-P’s sound is for a science fiction blockbuster like Fantastic Four, here’s a sampling of his production style. You can practically see The Thing smashing exteriors up and the Human Torch scrapping with Dr. Doom while listening to these tracks.