Summertime lessons learned from TOP GUN, JAWS, FROM HERE TO ETERNITY and other beach-themed films. 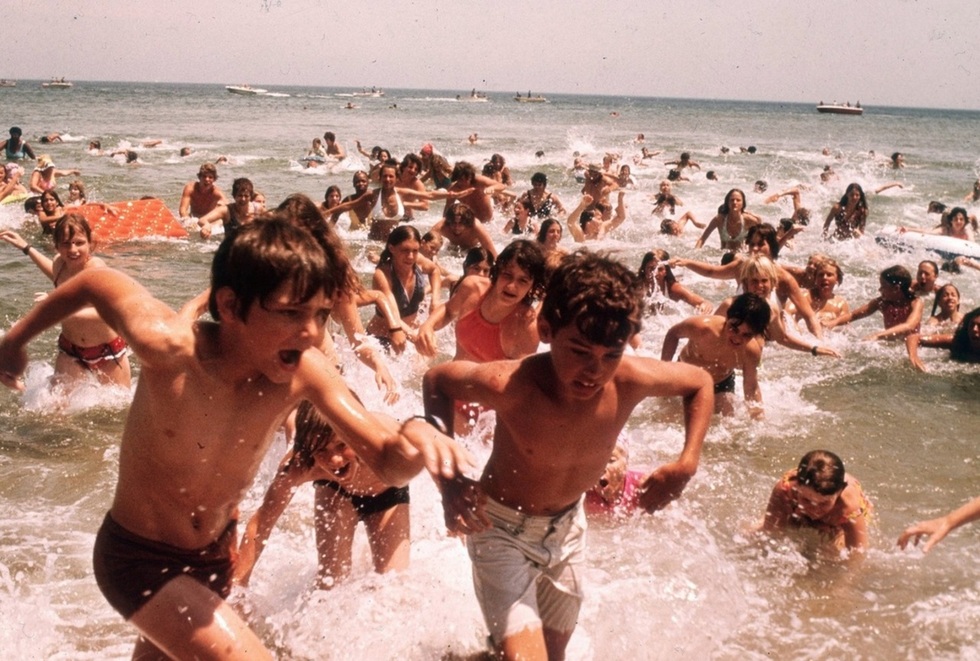 Earlier this week, we put up a list of 10 summer beach reads for movie lovers, but, okay, we get it—some people don’t like to read, and others say they buy Playboy for the articles but, sorry, nobody’s buying it. It's much easier to find people who love visiting beaches during the summer, and this upcoming Fourth of July holiday weekend is the perfect time to do just that. Unfortunately, way too many folks don’t know how to conduct themselves on the sand or in the ocean; thankfully, there’s always cinema to teach us the right from wrong.

The following are lessons beachgoers can learn from a few specific movies, ranging from sophomoric comedies to classic horror and, well, whatever the hell you’d call a movie in which Pee-Wee Herman performs "Surfin' Bird" before ascending into the clouds. ("Who-laced-my-sunscreen-with-LSD? cinema," perhaps?)

Ocean water is for swimming, not French kissing.
Learned from: From Here to Eternity (1953)

What’s worse than gulping down salty ocean water? How about ingesting it while swapping spit with your significant other? In this iconic From Here to Eternity scene, Burt Lancaster's and Deborah Kerr's characters try rolling around in the sand and making out with one another as waves crash down on them, but they quickly scrap that plan in favor of the dry towel nearby.

Aquatic love-making should be limited to showers and swimming pools, since the water in those won't make you gag while smooching. Unless your partner kisses like a saltwater fish.

Be your own personal lifeguard.
Learned from: Jaws (1975)

It's a code of parental conduct that all moms and dads should already know, but a friendly reminder can't hurt. When visiting the beach with little kids, always keep an eye on them—don’t assume that all lifeguards are superstars. Baywatch is, after all, fiction.

At the very least, some jerks could knock down their sandcastles or throw seaweed at them; the worst case scenario, though, can be seen in Steven Spielberg's Jaws, in which a distracted mother learns that her young son has just become a shark’s afternoon snack. An extreme example? Sure, but better safe than sorry. Besides, if movies about evil fish have taught us anything, it's that a pissed-off shark's menace knows no bounds.

People go to the beach to relax and get some sun, which is why they'll quickly get all Inside Out's Anger on your ass if you disrupt their R&R time.

While looking for the best place to drop towel and set up shop, mindfully navigate the sand as if it's a minefield. In the hilarious Summer Rental, the late John Candy's character obliviously does every wrong thing one can possibly do at the beach, namely kicking sand on several people and showering others with the mysterious liquid that’s pouring out of his cooler, all of which turns him into "that guy." And nobody wants to be "that guy" on a crowded beach.

You know how we just mentioned how it's never a bad idea to hit the gym before throwing on those swim trunks? That goes double if you're planning on doing anything athletic on the sand. Just imagine how unfortunate Top Gun's famous "beach volleyball" scene would be if Tom Cruise's Maverick and Val Kilmer's Iceman looked like Summer Rental's John Candy. The ball wouldn't be the only thing bouncing around.

Take cues from Goose (Anthony Edwards), who's smart enough to let the chiseled meatheads run Top Gun's shirtless show. And he's not even that out-of-shape.

If someone's burying you in the sand, have a foolproof exit strategy in mind.
Learned from: One Crazy Summer (1986)

Little kids love to bury adults in the sand—it's a way for youngsters to assert some dominance while making their superiors look foolish. But don't acquiesce to their burial plot without first negotiating the removal plan.

Or else you'll end up like this poor bastard in One Crazy Summer. What you don't see in the above clip from the underrated John Cusack/Demi Moore comedy is the part where a fat guy sits on the beach chair that's positioned above buried co-star Joel Murray's head, shovels down spoonfuls of chili and gets extra flatulent.

So what's the lesson here, other than "beware of chili"? It's simple: try not to get buried by a kid who's heartless enough to leave you there when someone whose thighs are the size of blown-up inflatable beach balls approaches.

Remember, you're a beachgoer, not a bandleader.
Learned from: Back to the Beach (1987)

When you're former "Mouseketeer" Annette Funicello, you can do whatever you want on the beach—that's the reward for having starred in movies with titles like Beach Party (1963), Muscle Beach Party (1964), Bikini Beach (1964) and Beach Blanket Bingo (1965). So if you’re Funicello and you want to start an impromptu song-and-dance number on a beach, others will follow, even if they look ridiculous in the process. But there's only one Annette Funicello, and, sadly, she passed away in 2013.

Our advice: unless you're a professional flash mob orchestrator, let all beachfront choreography and group-song-leading efforts rest in peace with Funicello.

You'd think the best way to prepare for a nude beach visit would be to spend multiple hours in the gym, but that's only the second most important pregame tactic. The first has to do with research—as in, give the local beach's birthday-suit section a quick drive-by before rushing there with your pals.

Basic human nature will lead you to believe that you're in for either a live-action Sports Illustrated Swimsuit Issue photo shoot or a living, moving Playgirl spread, depending on your preference. (Or both at the same time.) But the most likely reality is that you're actually en route to a congregation of flabby bodies and middle-aged exhibitionists that's more varied than what’s regularly seen in your community gym's locker room, which is exactly what happens in the Martha's-Vineyard-set coming-of-age dramedy The Inkwell.

The kids in the raunchy teen flick Eurotrip, however, meet an even worse fate: dozens of pervy men in the buff who've all flocked to a nudie beach in hopes of seeing naked girls, only to find a bunch of naked men like themselves. For them, the first woman who shows up is comparable to the last slice of Chuck E. Cheese pizza at a kid's birthday party.

Keep the nighttime campfire tales age-appropriate.
Learned from: The Fog (1980)

Once the sun goes down and the bikini bodies have vacated the premises, the beach can be a great place to light up a campfire, roast marshmallows and chat under the stars. But don't be the creep who scars a bunch of little kids for life by telling them about, say, an old pirate ship full of lepers that sank nearby hundreds of years ago, causing its dead leper inhabitants to haunt the beach as fog-shrouded zombies—you know, that old story again.

Anyone who does that deserves to get buried in the sand underneath a chili eater. 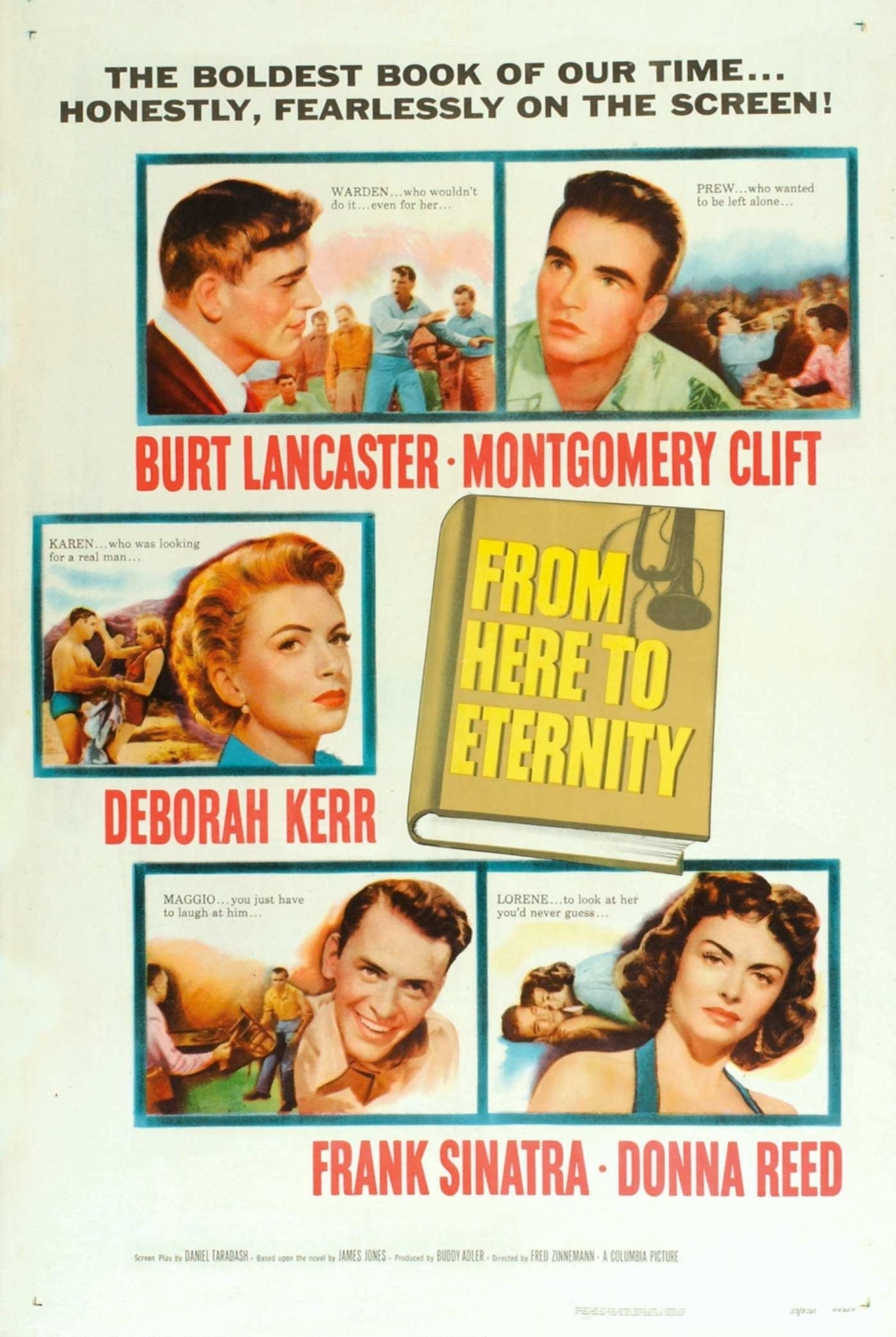 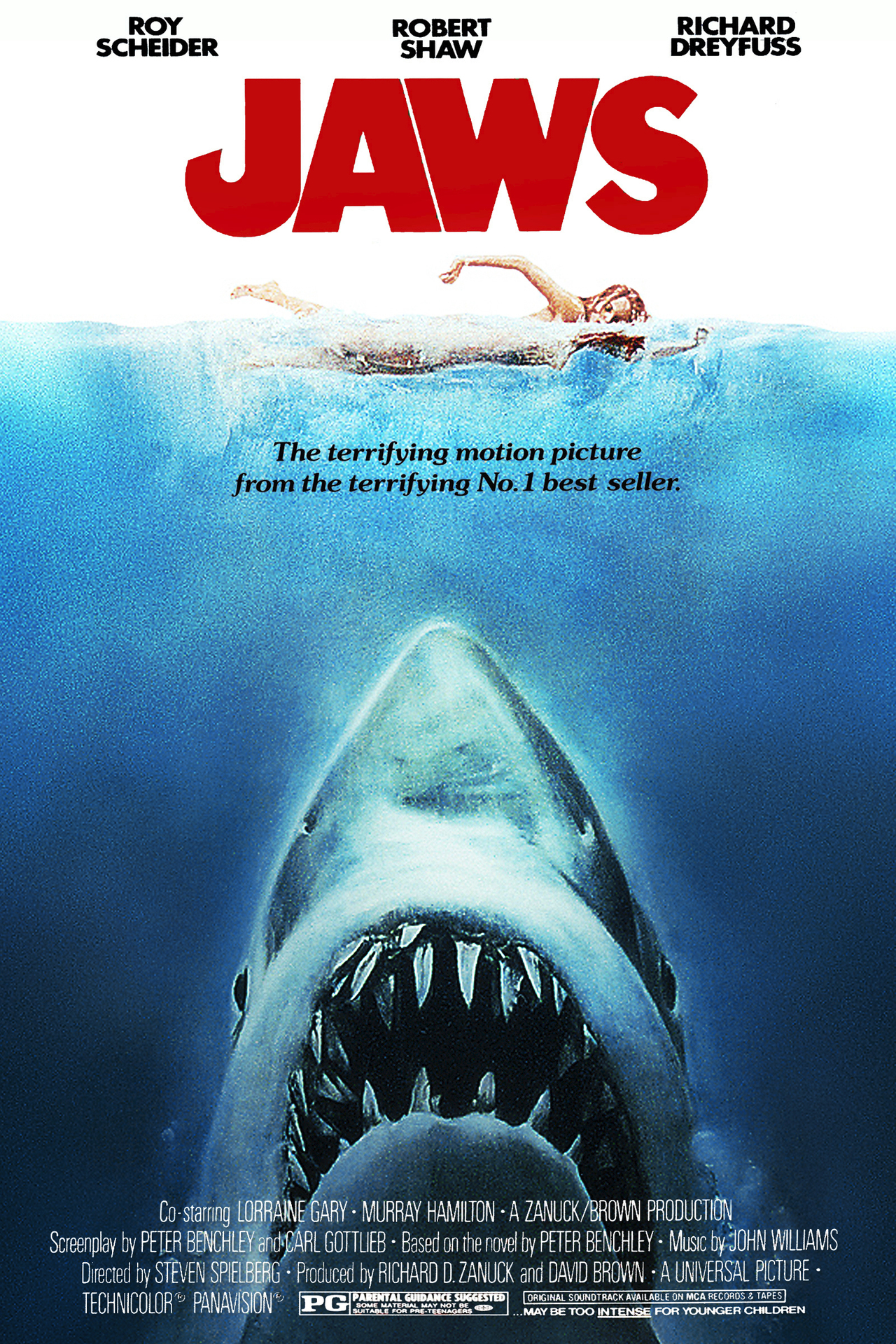 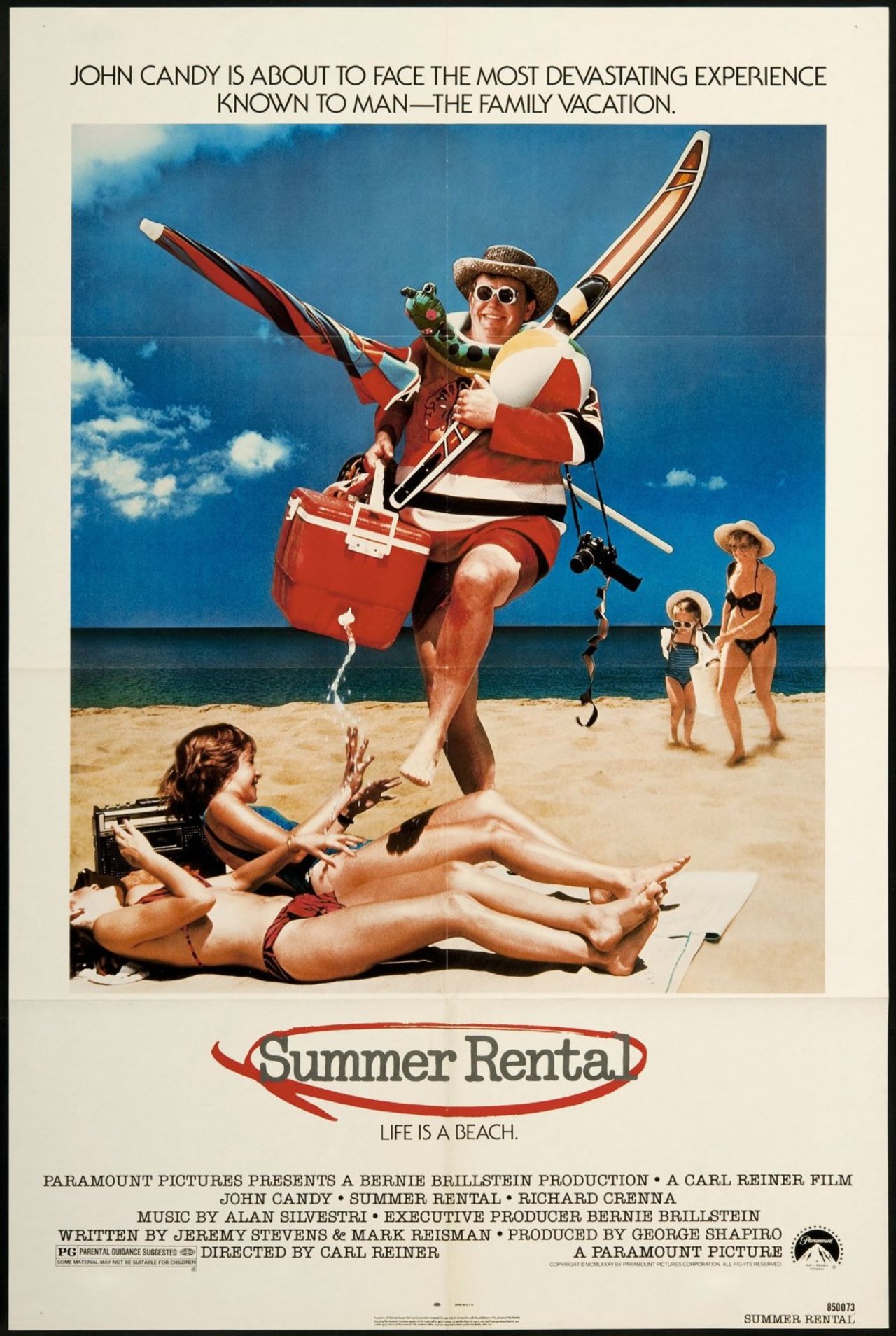 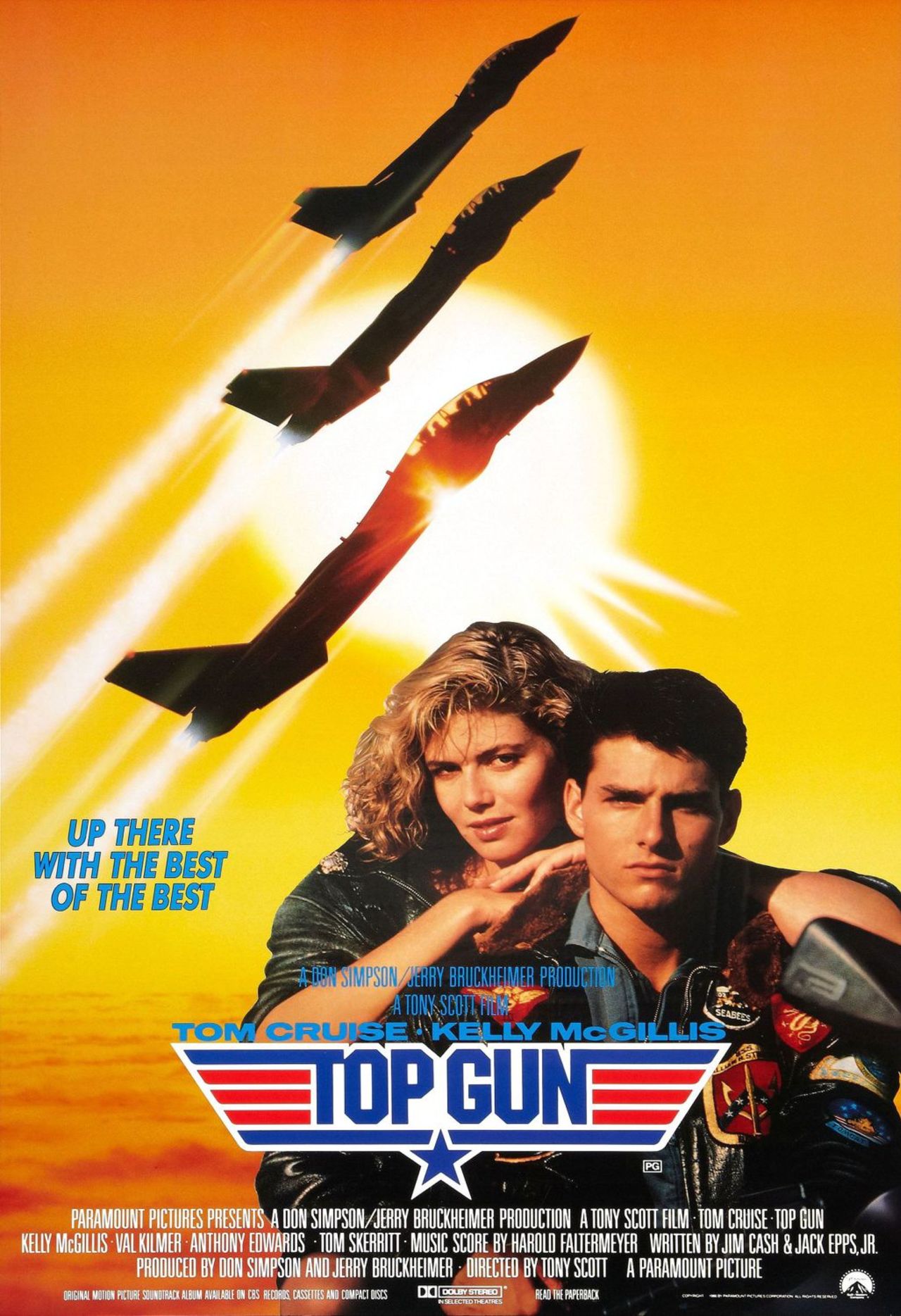 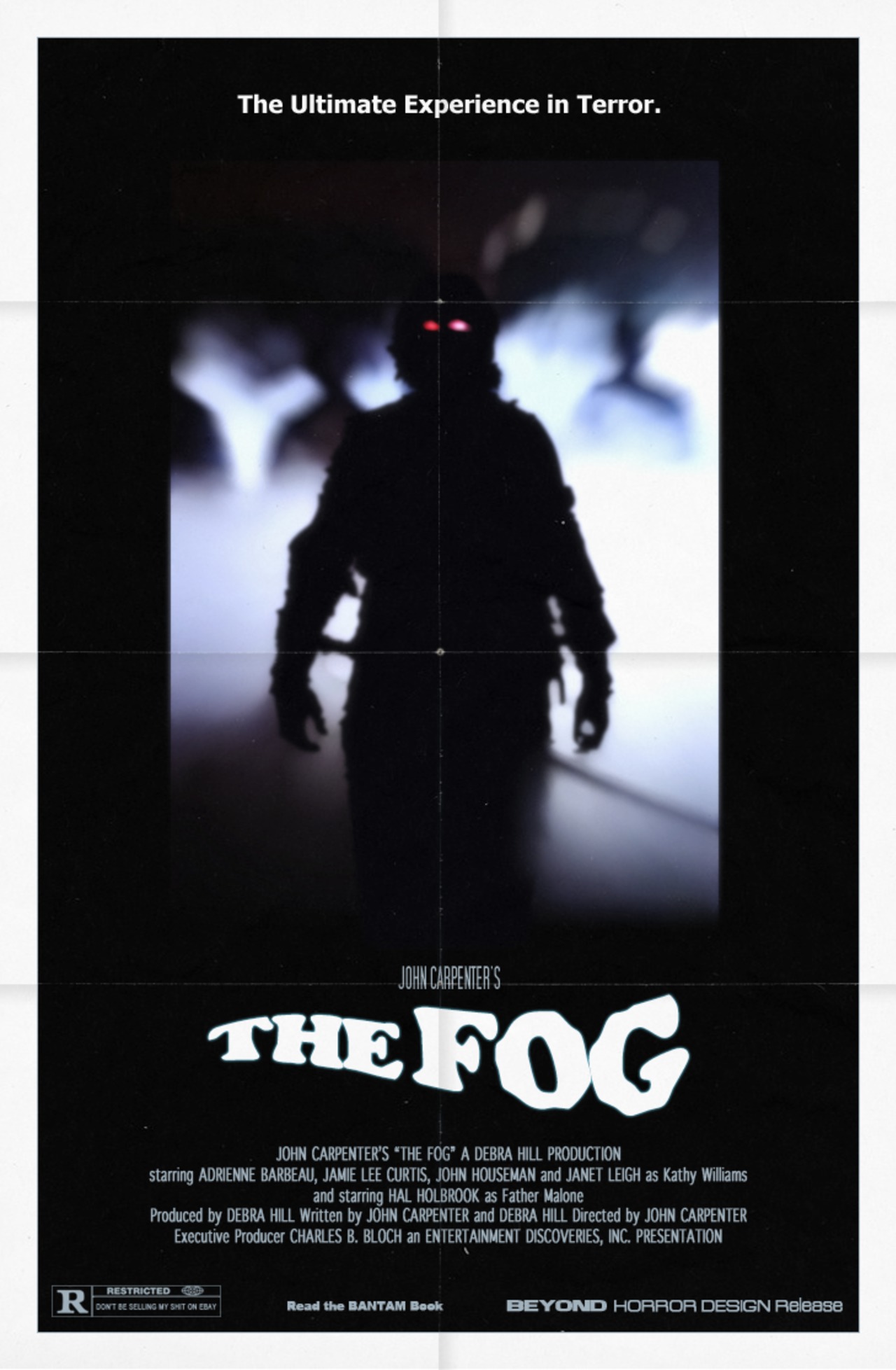 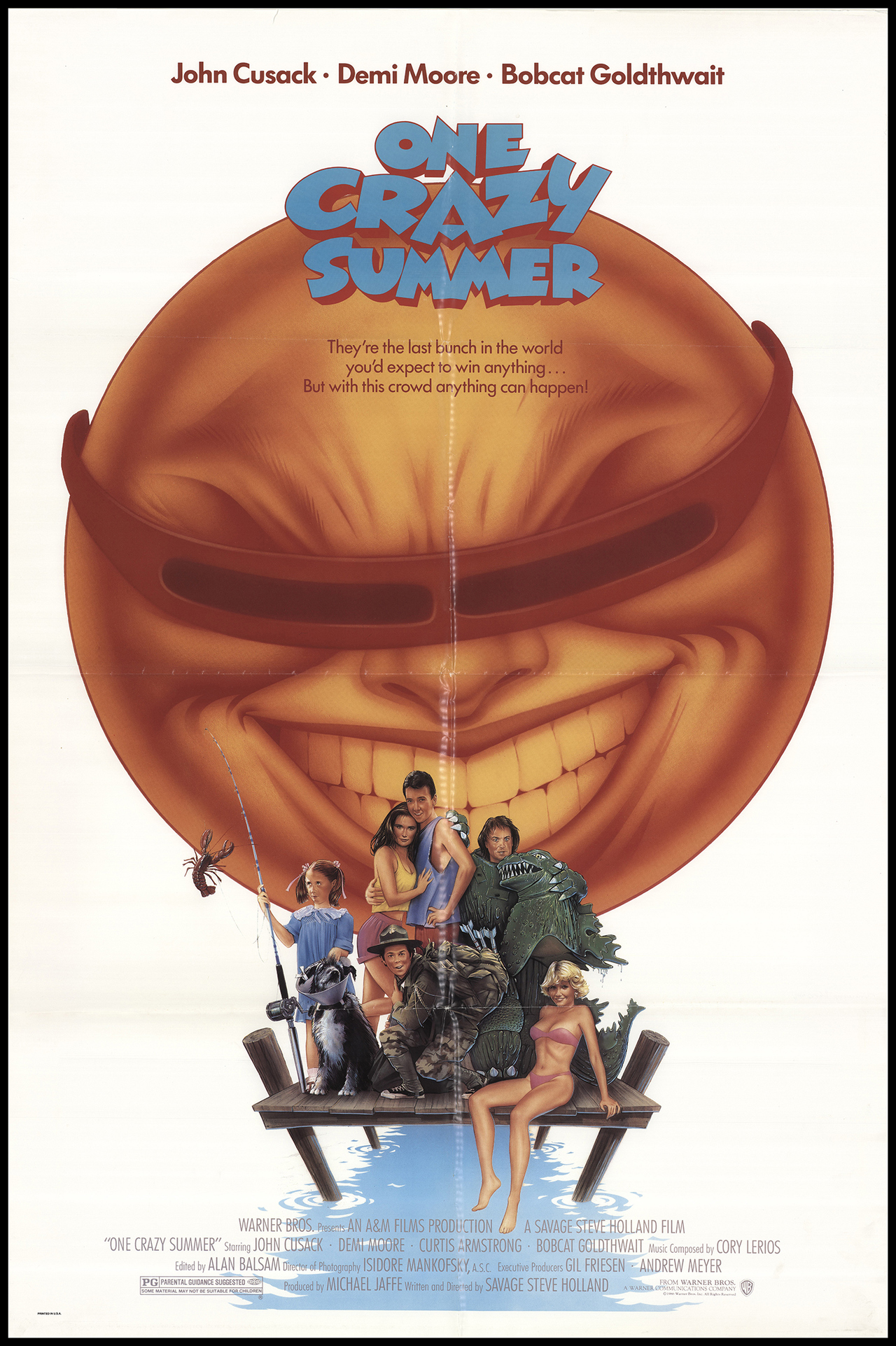 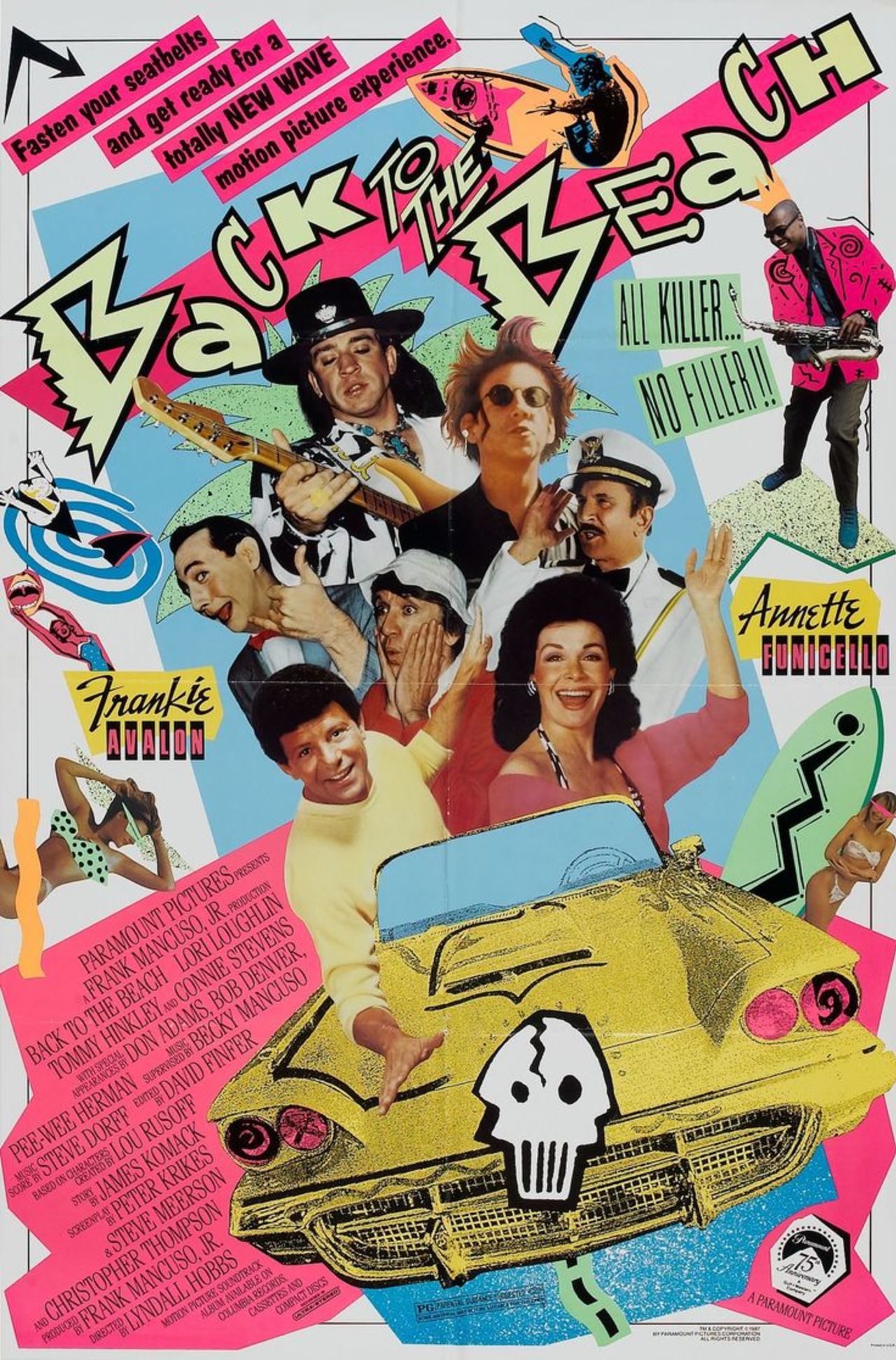 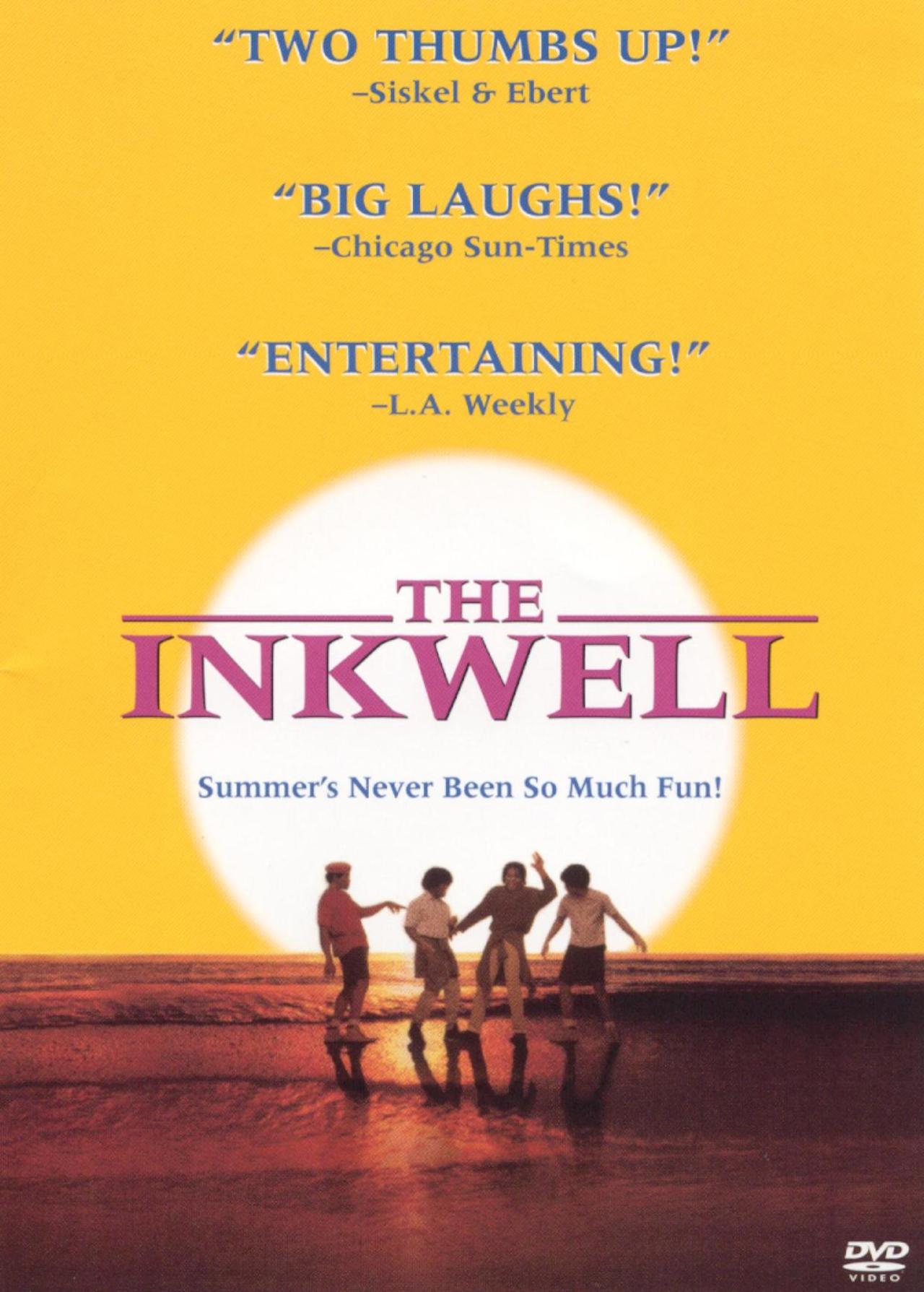 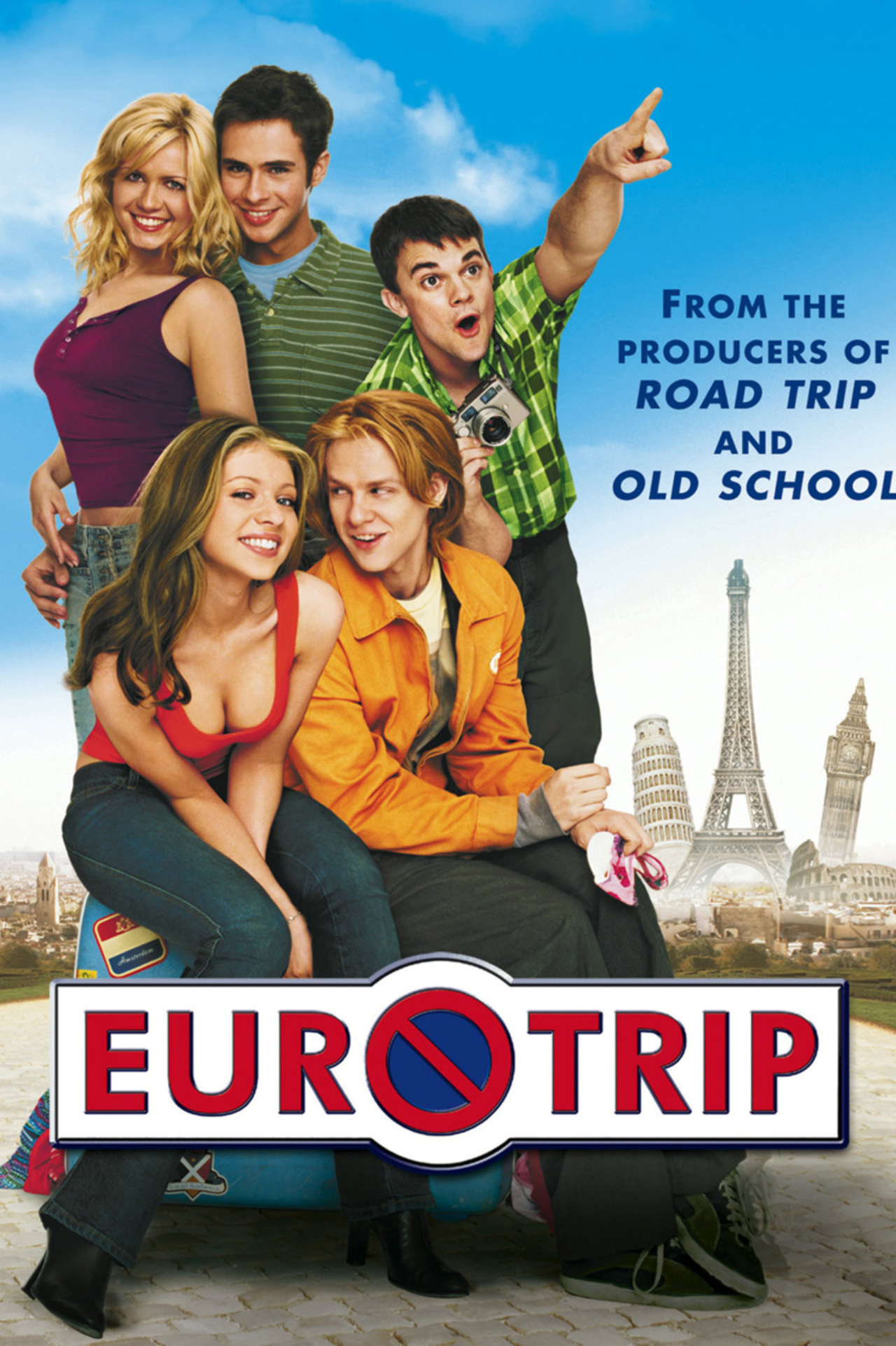