Despite rich storylines and low-ish budgets, these five projects somehow couldn't get funding for a theatrical release. Here's why. 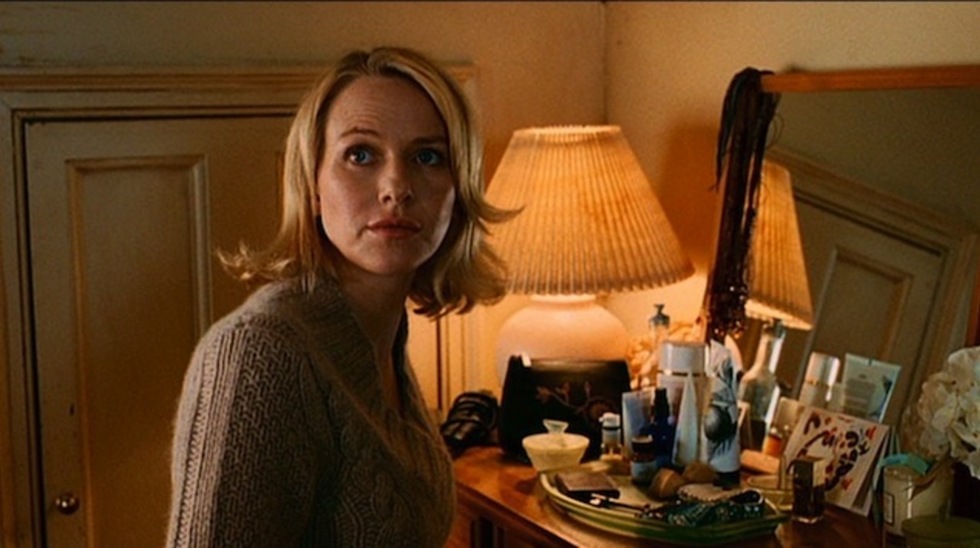 For years there has been talk about the impending death of mid-budget movies that occupy the real estate between indies and their wealthier cousins, the north of $100 million dollar spectacles. As Labor Day looms, audiences this summer have been subjected to an unusual number of big budget movies. Mid-budget sleepers like American Beauty and My Big Fat Greek Wedding are fewer and farther between nowadays.

Lincoln, we are told, came "this close" to becoming an HBO film. Even Ron Howard is not immune from the headaches of film financing in this present hour of the wolf. Big budget films like The Avengers do not have problems getting funding -- although after this disappointing summer of the tentpoles, that might be up for reassessment. Smaller films, even medium-to-mid budget films are in trouble.

Crowdfunding platforms like Kickstarter and Indiegogo might actually become the go-to fallback for low-budget films in the $3 to $6 million range that cannot find funding elsewhere. The filmmaking community will be watching the box office returns of Veronica Mars and Wish I Was Here to see if it is a viable way to partially fund. The Canyons raised almost $160,000; Anomalisa raised over $400,000. Kickstarter donors have pledged nearly $60 million to film projects in the year leading to January 2013.

Inception is an instructive example of what a smart, mid-budget movie can do if given half a chance.

The international market, where most films make their money, has increased pressure on filmmakers even more. "Someone from the audience asked what genre work best in the foreign market," blogged Evening Sea Entertainment, at last year's Small World: The Challenges of Global Production panel at the PGA 'Produced By' conference. "It was easier for the panel to say what doesn’t work, American comedy. It just doesn’t translate. The Hangover did very well, but that is rare. Action does well, like the Bourne series. Inception, surprisingly, did very well in China."

Inception is an instructive example of what a smart, mid-budget movie can do if given half a chance. And Inception, quite frankly, wouldn't even have been made had not Christopher Nolan -- a proven big budget director -- been attached. "This shortsighted death-spiral of the original, mid-budget film has continued even amidst some great original-film success stories, like Inception, which Warner Brothers made as a favor to Christopher Nolan for the Batman films—a favor, that is, that grossed $825 million worldwide," wrote Zachary Wigon last year on this blog. Here are five lower to medium to mid-budget movies that shouldn't have had trouble getting funding -- but, in this day and age -- did:

Spike Lee has gone the crowdfunding route of late because of his well-publicized problems getting studio funding. The biggest casualty of this ongoing conflict with the suits is that Inside Man -- which was Spike Lee's most profitable film, making $185 million worldwide -- will never have a sequel. “(W)e can’t get the sequel made. And one thing Hollywood does well is sequels. The film’s not getting made," Lee told Charlie Rose at PromaxBDA. "We tried many times. It’s not going to happen.” Charlie Rose recently donated $20 to Lee's Kickstarter campaign (on air, of course).

Eastern Promises more than doubled its initial investment of $25 million. Profitability based on previous performance -- as in the aforementioned case of Spike Lee -- doesn't appear to factor into the decision. The sequel to David Cronenberg's gritty film about the brutality of the Russian mafia appears, quixotically, to be dead on arrival. Cronenberg told The Playlist. “[But] It's done... If you don't like it talk to James Schamus at Focus. It was his decision.”

Todd MacFarlane plans to self-finance the sequel/remake of his cult superhero movie Spawn. His plan to make the film more horror than comic book mega action film was not met with applause at the studios. "We had New Line and then it went over to Sony," MacFarlane told MTV recently. "Then I had a couple of meetings with other people and we got pretty close. But I could see they just weren't quite on the same page as what I wanted to do, so I just said, 'Nah, that's OK.'" Spawn is scheduled to begin production in 2014.

Whatever happened to David Lynch's "typically dark" script? Was the problem that it couldn't get financed, as he has been hinting at his retirement from film. In February's New York Times magazine story on Lynch, it was leaked that the filmmaker was working on another script. "I reached Lynch by phone at his hotel room in Paris. Bob Roth had told me that Lynch said he was working on a new script and that it was typically dark," wrote Claire Hoffman. "When I asked Lynch about this, he paused, annoyed. 'Bobby’s got a big mouth,' he said. I asked him if the script was influenced by his work with T.M., and he said no, absolutely not. This will be a David Lynch picture, he said, adding, 'I think people would probably recognize it.'" Then -- nothing. By June the acclaimed director turned pessimistic, talking about never making another movie again to The Independent.

And One That Did, But Not For Theatrical Release: Behind The Candelabra

Behind The Candelabra, despite competing at Cannes, was considered "too gay" by the studios, according to director Steven Soderbergh. "Nobody would make it. We went to everybody in town," the director told TheWrap in January, at the Television Critics Association winter press tour. "We needed $5 million. Nobody would do it." Despite the fact that the film had a major director at the helm and proven stars like Matt Damon and Michael Douglas on board, it took HBO to bring this content to the light of day. This travesty, I argue here, makes one of the strongest arguments for multi-tiered ticket pricing.