One of the year's most anticipated movies has a trailer—and it's a blast. 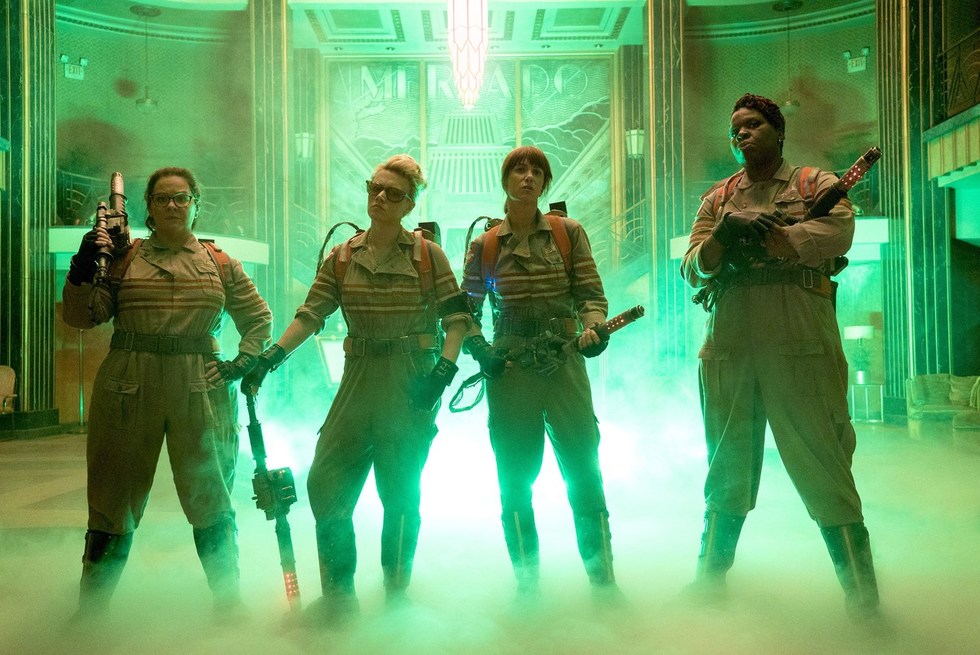 It’s the movie that Outrage Culture has been up in arms about for the last year, and it's the movie that has turned Bridesmaids/Spy director Paul Feig's Twitter account into both a frustrating mirror of our culture and a beacon of hope for people who love watching close-minded lames get served on a daily basis. It's the new Ghostbusters movie, which has long-rumored morphed from a straight-up sequel with the original cast (Bill Murray, Dan Aykroyd, Ernie Hudson, and the late Harold Ramis) into a potential "the Ghostbusters' kids" set-up and, ultimately, an all-women cast of new supernatural problem-solvers, directed by Feig.

Cue Outrage Culture, which has regularly attacked Feig about the franchise reboot's lady-heavy lineup, despite the fact that the four women in question are pretty much impossible to not love: Kristen Wiig, Melissa McCarthy, and Saturday Night Live breakouts Kate McKinnon and Leslie Jones. (Just watch McKinnon's amazing Carol spoof at the Indie Spirit Awards and Jones' hilarious remix of The Revenant at the Oscars to see why they'll have no troubles holding their own alongside Wiig and McCarthy.)

And now, finally, there's an actual trailer to hopefully silence those haters. It's exactly what you'd want from a new Ghostbusters movie: an eccentric group of mismatched characters, a plethora of wild ghosts (including Godzilla-sized, zoot-suit-wearing gangsters), a modernization of Ray Parker, Jr.'s classically goofy theme song, and the glorious return of Slimer. Some of the jokes don’t quite land (like Jones’ already-tired The Exorcist riff), but the trailer’s overall energy totally recaptures the spirit of Ivan Reitman’s original movies.

Will this silence those naysayers, though? Unfortunately, probably not, because Outrage Culture is always going to be Outraged. But forget about them—if these nearly three minutes spent with Wiig, McCarthy, McKinnon, and Jones don’t make you smile, go cry a slime-filled river somewhere with Vigo the Carpathian. The rest of us will be looking forward to July 15th, when Paul Feig's Ghostbusters, complete with cameos from Bill Murray, Dan Aykroyd, Sigourney Weaver, and Ernie Hudson, opens in theaters.

And now you can watch the international trailer, which features approximately 75% more Chris Hemsworth.