In partnership with YouTube and the UN, Tribeca has tapped world-class filmmakers to bring awareness to issues communities are facing around the globe. 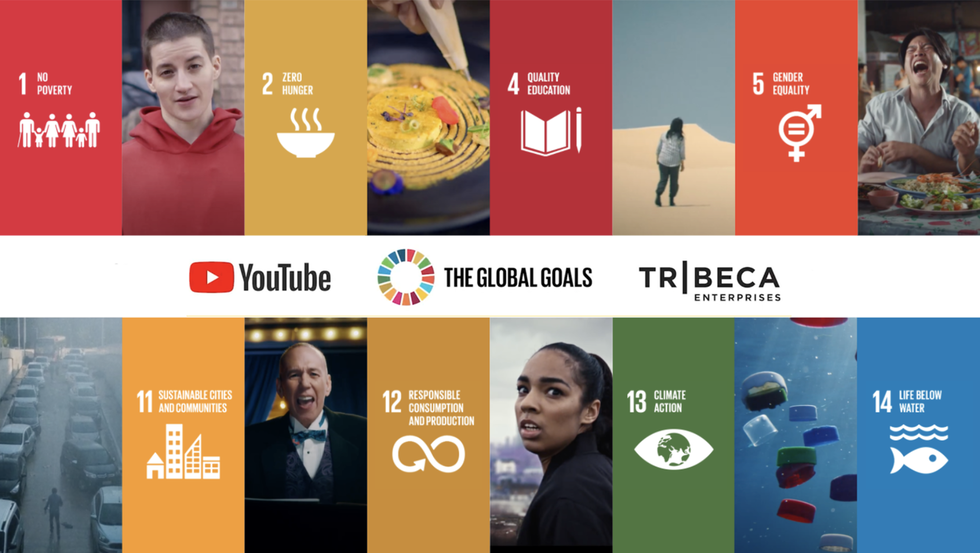 The resulting eight shorts showcase the power of film and technology. They’re delivered based on YouTube’s Video Ad Sequencing, which allows the film to unfold based on how someone interacts with it. Watch it all come together in the change-making films below:

Smriti Mundra and Deutsch’s film asks the question: is it okay to skip people like you skip ads? Their work reveals what you can learn from homeless individuals in Los Angeles and across the U.S.

Sonia Kennebeck and Grabarz & Partner’s “Chef’s Trash Can” is a mock cooking documentary set in Germany and making a bold statement about food waste.

Education is the foundation of so much, yet not everyone has access to this privilege. Michelle Savill and Emotive highlight the ~630,000 Australians who have below-proficiency literacy levels in this eye-opening short.

Morvasu and Dentsu examine gender bias in Thailand, but their work will resonate with anyone who’s ever heard an offhand sexist remark.

What does the future look like? Vellas and Wunderman Thompson explore how cities like São Paulo can sustainably keep up with rapid population increases.

In a timely piece set in Chicago, Leo Burnett and Ferne Pearlstein help you reimagine what it means to “do nothing” — and the surprising benefits of inaction when it comes to wasteful consumption.

Rubika Shah and AMV BBDO make it clear that no matter what you do or where you go — in this case, the U.K. — climate change is coming for all of us. Our only choice, then, is to save our planet.

Oceans and seas cover 70% of our planet, yet we aren’t doing everything possible to protect them. Brian Schulz’s film with Goodby Silverstein & Partners lets you marvel at the wonders beneath the surface in San Francisco — and the scary threats hiding along with them.