Why not prepare for BAM and WNYC's eclectic celebration of the spoken word with some of the best conversations from this year's festival? 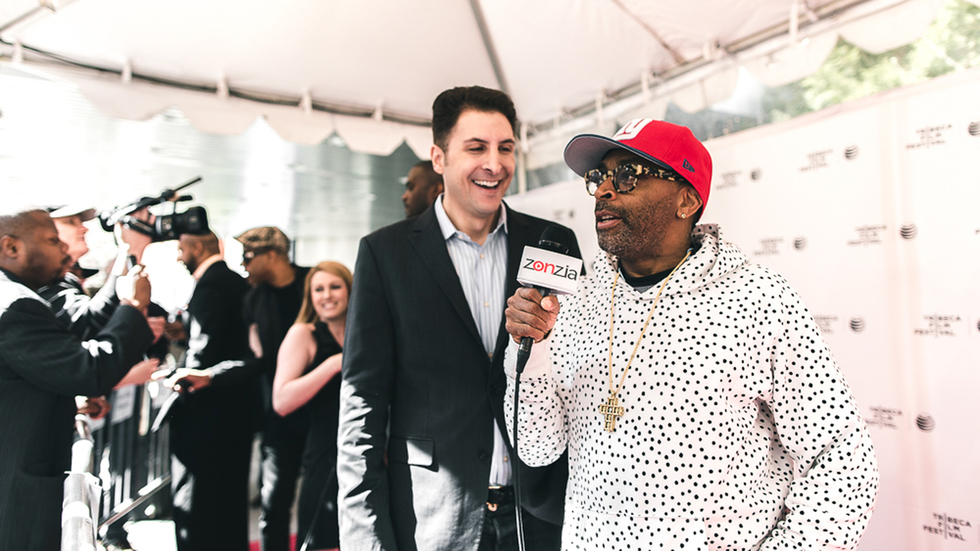 This year, the Tribeca Film Festival teamed with WNYC to record some of TFF's buzziest and most thought-provoking talks and panels. And now, the podcasts are currently available for your listening pleasure. The collaboration nicely coincides with BAM and WNYC's second annual RadioLoveFest, a five-day festival of live radio shows, podcast tapings, film screenings, and concerts, beginning next Tuesday, May 5th.

Whether you're an out of town film buff or just looking for a diversion during your daily commute, there's a discussion here for everyone. Go ahead, Take your pick...

From Affleck to Tarantino, producing titan Harvey Weinstein is the man behind some of the greatest faces and filmmakers in modern-day moviemaking. Hear him discuss how he created some of our most beloved filmgoing experiences, all while remaining at the absolute top of his game.

After the Movie: Kurt Cobain: Montage of Heck with Courtney Love

As part of the world premiere of FiveThirtyEight's new short film Shock the World, which follows Jesse Ventura's unlikely ascendance to the Minnesota governorship, FiveThirtyEight founder and leading statistician Nate Silver talks to Radiolab co-host Robert Krulwich about the current boom in available data and its impact on storytelling, politics, and everyday life.

From Fargo to No Country for Old Men, the Coen Brothers always employ a vast array of musical and sonic influences to enrich their remarkable storytelling. Join composer Carter Burwell and Academy Award®-winning sound designer Skip Lievsay as they discuss their iconic works, prolific careers, and continued creative relationship with the Coens. Moderated by The Dolby Institute’s Glenn Kiser.

With binge-watching and VR, today’s entertainment has become both physically and psychologically immersive. Listen as The Art of Immersion author Frank Rose, The Storytelling Animal author Jonathan Gottschall, and futurist and Shots of Awe creator Jason Silva chat with journalist Jon Erlichman about how our growing needs are affecting the ways in which storytellers create their work.

The information we hide, whether about love affairs or matters of nationa security, defines our lives. But how do we keep that information secret in the age of clouds and hackers? Panelists include former spy Valerie Plame, Pulitzer-prize winning journalist Bart Gellman, We Steal Secrets: The Story of WikiLeaks director Alex Gibney, and The Ethical Hacker. Moderated by NBC News’ Cynthia McFadden.

Reaching out to us through tablets, laptops, and mobile phones, short-form content creators can distribute work on their own terms. But with seemingly limitless directions, how does a creator find the right route to an audience? Panelists include ESPN Films Director of Development Dan Silver, High Maintenance creators Ben Sinclair and Katja Blichfeld, and filmmaker Judd Ehrlich. Moderated by Brian Koppelman, filmmaker and host of the podcast The Moment.

Acclaimed indie filmmaker Cary Fukunaga discusses his successes on both the big and small screens, with films like Sin Nombre and Jane Eyre and, most recently, the critically acclaimed first season of HBO's True Detective. Film executive James Schamus asks the questions.

Tribeca Talks: Snap It, Vine It, Tube It