Home » Tribeca News » Christopher Nolan Was All About Blockbuster Humility In His Tribeca Talks: Directors Series Discussion With Bennett Miller
View All News

Christopher Nolan Was All About Blockbuster Humility In His Tribeca Talks: Directors Series Discussion With Bennett Miller

Two of Hollywood's most respected filmmakers visited TFF 2015 to talk everything from Batman to Matthew McConaughey. 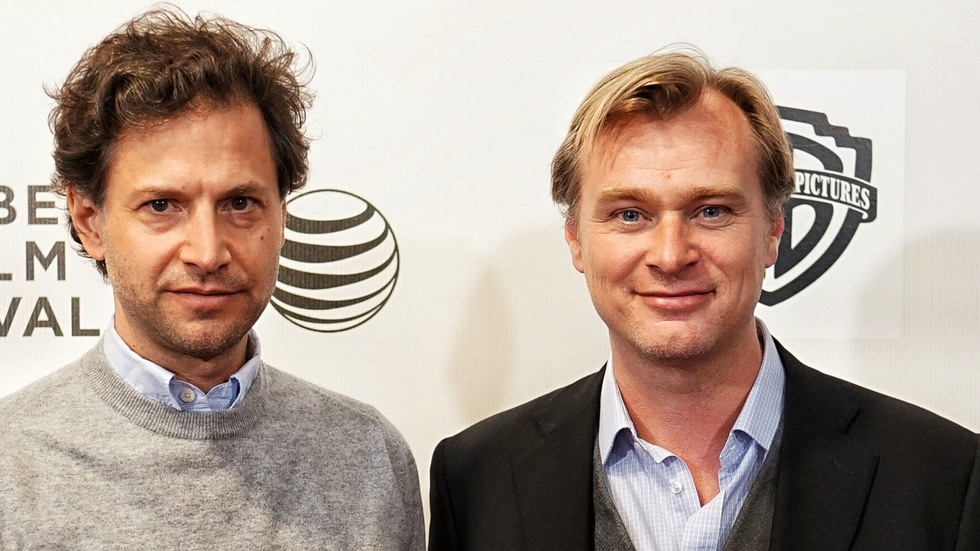 He’s made some of the biggest movies of our time: Inception, the Dark Knight trilogy, Interstellar. But Christopher Nolan hasn’t always been the intelligence-first/spectacle-second blockbuster filmmaker we all know him as today.

In an hour-long Tribeca Talks®: Director Series event yesterday, held inside the Borough of Manhattan Community College (BMCC), Nolan told fellow acclaimed director, and the evening’s interviewer, Bennett Miller (Moneyball, Foxcatcher) about the first movies he ever made—and they aren’t pretty. “The first Star Wars came out when I was 7 years old,” said Nolan, while discussing the movies that made him want to become a filmmaker. “I would make these imaginatively titled little science fiction films with a Super 8 camera, called Space Wars. I recently transferred them to DVD, to watch them with my children, and I was surprised to realize how bad they are.”

Needless to say, the English director has come a very long way since his humble Space Wars beginnings, which Miller, who didn’t waste any time before declaring his genuine fandom for his on-stage colleague, constantly reminded him about.

Both being mild-mannered and soft-spoken guys, Nolan and Miller’s Tribeca Talks® conversation carried the air of two pals casually talking shop. Miller’s recurring theme-of-questioning revolved around how Nolan’s been able to create Hollywood’s largest-in-scope and most all-around expensive tentpole movies in recent years yet also give them loud, beating hearts and strong characterization. Whether it’s his $3,000 indie debut Following (1998), the pricier, $3.5-million Memento (2000), or his multiple nine-figure productions, Nolan’s never dumbed anything down.

Yesterday’s event was Nolan’s second Tribeca Film Festival experience—his first time at TFF was in 2002, when he premiered his major studio debut, Insomnia, at the festival. Throughout his TFF return, Nolan gave the BMCC’s packed house of die-hard fans and aspiring filmmakers plenty of jewels. Here are a few of the highlights:

Not Your Average Visionary
Miller justifiably gassed Nolan up for making two incredibly ambitious and narratively complicated films as his first two efforts, Following and Memento. Nolan’s explanation for being so audacious from the jump was simple: “When you’re starting out, you have nothing to lose, but you also have nothing to gain from being like everyone else.”

It also helps that Nolan doesn’t plot out his stories and screenplays like your average filmmaker. “I draw a lot of diagrams when I work,” he revealed, saying that he doesn’t rely on traditional storyboards. “I think a lot about drawing from [M.C.] Escher and different mathematical equations, and that allows me to be intuitive with the story. It’s a combination of intuition and geometry.”

The Luck of the McConaughey
When your movies earn billions of dollars—literally—internationally, studio heads will inevitably throw the bank at you and give you free reign to do whatever the hell you want, and Nolan is aware of the fact that he’s in such a comfy position. But he also doesn’t think of himself as Hollywood’s Teflon Don, either. “They say, ‘This guy knows how to make a film that makes money,’ which is nonsense,” he said to Miller, in response to a question about how he’s been able to keep getting $200-million-plus budgets in a time when studios are pinching pennies wherever possible.

As Nolan sees it, he’s benefited from “an enormous amount of luck.” He mentioned the casting of Matthew McConaughey in Interstellar as an example; after McConaughey won the Academy Award for Best Actor in early 2014, for Dallas Buyers Club, the film’s studio brass hailed Nolan and his wife/producing partner Emma Thomas as “great geniuses,” but in reality, they’d given McConaughey the Interstellar role long before he was even nominated for that Oscar. “It’s the combination of saying, ‘I know what I want creatively with this casting,’’ added Nolan, “and the luck of hitting the zeitgeist at the right time.”

The Curious Case of Leonardo DiCaprio
Audience members’ questions at events like a Tribeca Talks®: Directors Series panel can range from the genuinely curious to the hysterically reckless, and Nolan heard both extremes. For the most part, those who grabbed the microphone kept things straightforward. After being asked to name his favorite sequence in one of his movies, Nolan settled on the opening airplane kidnapping scene in The Dark Knight Rises.

One specific attendee, though, stole the show by basically setting himself up for failure. A younger guy in his 20s bravely asked the question all Christopher Nolan fans have wanted to ask the man since the summer of 2010; he was only able to get out the first few words of it before everyone started clapping and laughing: “So, at the end of Inception…” [cue the laughter] The totem starts moving a little bit… I gotta know what happens to Leo!” Miller quickly followed the scene-stealer’s question with, “I asked him that same question backstage, and he said the answer is not for public consumption.”

Generously, Nolan gave a reason for his elusiveness. Back when the mind-bending Memento premiered at the Venice Film Festival in September 2000, a reporter asked Nolan to explain everything during a press conference; not knowing any better, the inexperienced director gave away all of Memento’s mysteries. His brother/co-writer, Jonathan Nolan, wasn’t pleased. “Nobody will be able to look past what you’ve said,” his younger sibling told him, suggesting that people would never form their own opinions about the film after hearing the director's take, thus robbing it of any lingering impact. That was the last time Nolan ever spilled any of his movies’ figurative beans.