Home » Tribeca News » Help Support NO FATS, NO FEMMES, a Necessary Doc About the Black LGBT Experience
View All News

Help Support NO FATS, NO FEMMES, a Necessary Doc About the Black LGBT Experience 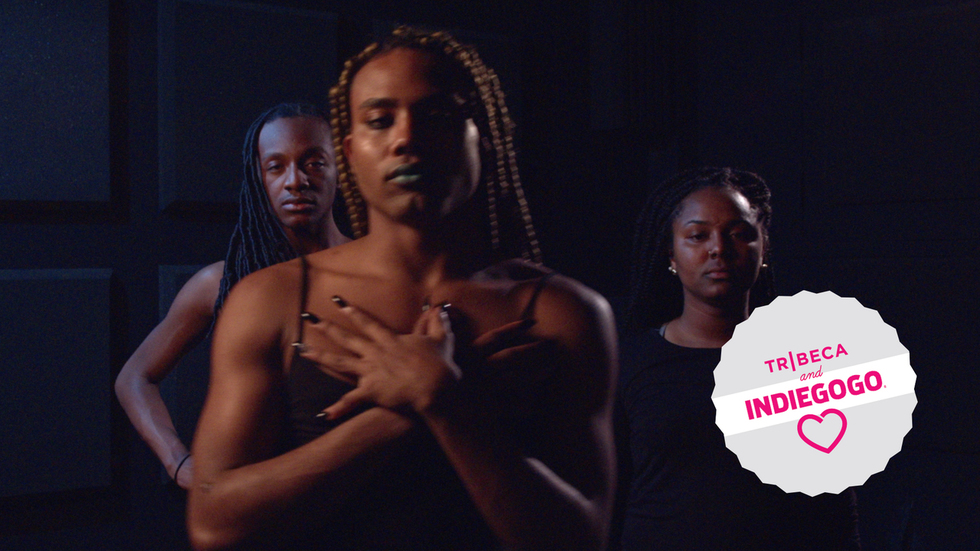 While surfing through various gay dating apps, Jamal T. Lewis would commonly come across profiles with the same disclaimer: "No fats, no femmes, no Asians, no blacks." In that sentiment, Lewis saw the racism, misogyny, and shaming of fat, effeminate, trans, and gender nonconforming people happening within the gay community.

To combat that narrow-mindedness, the NYC-based filmmaker has launched an Indiegogo campaign to make the feature-length documentary No Fats, No Femmes, an exploration of sexuality and desire within the gay and gender nonconforming communities. "This subject has been deliberately silenced for years," explains Lewis, who prefers the gender pronouns "he-she" or "she-he." "This is an opportunity to amplify the voices of black and brown fat, femme, gender non-conforming, trans, queer, and disabled folk."

The project's structure takes inspiration from Marlon Riggs' 1989 semi-documentary Tongues Untied, which combined Riggs' personal history with choreography, footage from the Civil Rights Movement, and clips from Eddie Murphy's homophobic 1983 HBO stand-up special Delirious. No Fats, No Femmes will be similarly experimental. The opening sequence features a vogue-inspired hand performance coupled with Lewis breaking down how gender non-conformers have been silenced by mainstream gay attitudes:

Films about the queer community tend to focus on white gay male experiences—look no further than Ronald Emmerich's history rewriting drama Stonewall, released earlier this year. As a result, the stories of those who exist on the margins aren't often told. By writing, producing, and directing No Fats, No Femmes, Lewis is telling his story the way he wants it to be told. No Fats, No Femmes has the potential to bring much-needed visibility to those whose bodies, skin, and gender identities exists outside of the traditional understandings of gay sexuality. "When our stories are no longer ours and are written and directed through another's gaze, they become depolicitized and packaged in a way that's easy to commodify for public consumption," says Lewis. "I don't want that for this narrative."

For Lewis, writing about his own experiences will also reflect the gender nonconforming community at large. That requires an "honest vulnerability" that could easily get lost if No Fats, No Femmes were to be packaged as a film broadly about the gay community. "It's important for me to write and direct this documentary because I know best how to tell my own narrative," explains Lewis. "I know how to best tell it without any obligation to pathology or disposability. That's really important to me, especially considering that I'm not above the social critiques raised in the film—I'm deeply implicated.”

"I'm hoping to encourage more critical dialogue around race, desire, and body image," adds Lewis. "I want to inspire a shift in consciousness, especially for black queer folk. I want people to leave the film asking those hard questions of themselves and their desires. I want them to get free, whatever that might mean for them. I'm offering [No Fats, No Femmes] to the world in hopes that it will one day contribute to black queer history in a significant way."

To support No Fats, No Femmes, head over to its Indiegogo page and donate.