A Really Amazing Interview With James Gray, Director of 'The Immigrant'

"I'm not of the belief that the world is filled with very many villains..." With James Gray's 'The Immigrant' hitting theaters today, we sat down for a long (and, honestly, kind of deep!) conversation about storytelling and humanity. 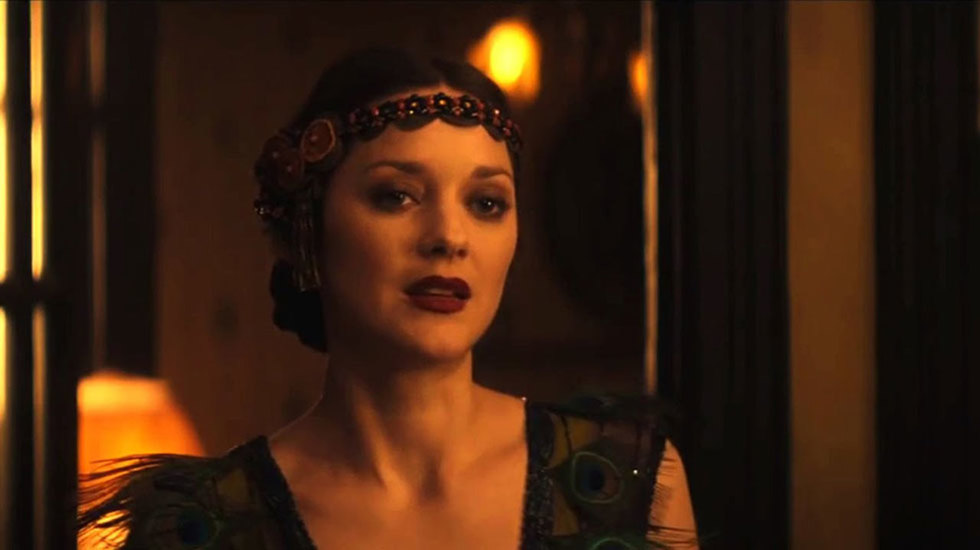 I had a feeling I was in for a treat when I had the chance to interview James Gray recently. The American auteur, whose complex character studies have made him a fixture at Cannes, sees his latest, The Immigrant, hit theaters on May 16th. The classically-styled drama concerns the numerous trials a Polish woman named Ewa (Marion Cotillard) undergoes while living in New York in 1921, trying to find a way to save her sister from deportation. Without any friends or supportive family, she's forced to rely on the intermittent kindnesses provided by Bruno (Joaquin Phoenix), a pimp who runs a vaudeville show. When a charming magician named Orlando (Jeremy Renner) comes into her life, Ewa's emotions and her business allegiances become complicated, as she does her best to navigate the complex world of lower-class New York.

I sat down with Gray to discuss the film, and, while we indeed discussed The Immigrant, our conversation veered into a number of other realms, touching upon the fundamental nature of drama, character, and the audience's relation to those subjects.

I'm not of the belief that the world is filled with very many villains.

Tribeca: I was so impressed by the degree to which both of the key men in Ewa's life, Bruno and Orlando, were filled with nuance and complexity. Can you talk about your portrayal of those characters?

James Gray: I'm not of the belief that the world is filled with very many villains, and to the degree that it is - I mean, if you bring up someone like Hitler - I believe that they would make very bad movie characters. Hitler is a bad movie character. Movies about Hitler are not successful because he's a one-note, over the top villain. What I've always found more important to communicate in movies is the best of who we are - not a fictitious best, like we're all nice - but meaning we're all beautiful and flawed, we try our best, and the world is often ruined by well-meaning people. I wanted to have characters forced to do what they could to survive, which makes for drama. As loathsome as Bruno is, he's also filled with self-hatred and a need to do anything he can to survive. The same is true for Orlando. This is good because you can't simply point to them and say, this person is so terrible. Here's something important to communicate because of this question you've asked: if a movie depicts a person as all bad, it becomes a bit comfortable for the audience, because we can look at that person and say, thank heavens we're not that bad. That's not to say villains don't have an impact, but for the most part it's important to communicate the idea that all of us are capable of great things and terrible things.

That's why fables have such power. Fables are very simple stories, but they're not really only about the text of the story.

James Gray: I've always felt that if you look at what lasts, in cinema and in art in general, it tends not to be a modernist or postmodern approach with ironic distance and narrative dysfunction. It would be easy for us to find self-reflexive poets from post-Virgilian Rome, but nobody reads them except for graduate students. In the end, what matters to us is story, it's how we make sense of the birth/death/life cycle. I'm obsessed with trying to find details of peoples' behavior and see how their behavior affects the story itself.

But this is the fundamental question. I mean, the fundamental question is, what is your ambition for the movie? There are any number of ambitions for a movie, one of which is to make the most money possible. I'm not saying I don't want to make as much money as possible - that would be fantastic - but if that's your only ambition, it tends to make you rather cynical and actually exploitive of public taste. If your ambition is to be okay financially but to also tell something personal that matters down the road, the only thing you have to look at is history - what has worked in the past? And the answer is, the impact of a complex story told with a dense subtext. Now, complex story doesn't mean complicated story - the difference is very important. Complicated stories tend to be kind of bad - it's tough to track who's doing what to whom. There are some exceptions, like Chinatown, but what you really want is a simple story, so you can get past the surface narrative and into the subtext below. That's why fables have such power. Fables are very simple stories, but they're not really only about the text of the story.

Tribeca: So are you saying that complexity, in opposition to complication, is about depth as opposed to breadth?

James Gray: I would say the difference between complexity and complication is similar to the difference between ambiguity and vagueness. Ambiguity invites a multiple set of meanings about an occurrence which is clear to us. Vagueness means we don't understand quite what the occurrence is. If the story is complicated it means it's creating a difficult narrative. The reason that doesn't lend itself to complexity is because you're spending all this time trying to understand what's going on, as opposed to understanding what's going on, and realizing that the ramifications of what's going on are quite profound. I don't think people generally question what happens in Vertigo, but the meaning of Vertigo is quite dense, the subtext is extremely involved. That's what I think is important to strive for. Now, I think it's quite out of vogue - people really enjoy complicated narratives, they enjoy figuring out the puzzle, like a whodunit. But I find that that mode of storytelling doesn't lend itself to repeated viewing.

Tribeca: Yes. You see that often in TV - there's lots of work that's simply about what's going to happen next, and once you know what happens there's no desire to rewatch any of the series.

It's a very painful movie, but it's also very moving. It's moving because it respects you.

James Gray: That's a problem, isn't it? You don't go back to watch a production of Hamlet thinking you're going to be surprised by the plot twists. The question has to be, then, how do you make something where the question is, why are these things happening, rather than, what will happen next? Most of TV's structure is based on what you're talking about - what will happen next - because TV comes from advertising. The shows were structured around commercial breaks and the advertisers wanted to make sure you would watch through the commercials to find out what happened next.

James Gray: I've never thought about it in those terms. It certainly is a different way of engaging the spectator. But all of this is a way to try and reach peoples' emotions more directly. Sometimes you have to do that in ways that people will not like. In other words, you could use an example like Raging Bull. At the time of its release, it got a very mixed response. The brilliance of the work has enabled it to last, though. There are times where the film is extremely uncomfortable to watch. It's a very painful movie, but it's also very moving. It's moving because it respects you. It asks you to confront some of the darker aspects of your own behavior. Everyone has their own level of self-destruction. The kind of work where the spectator is not forced to confront anything about himself is troubling.

There are things that I've done in my life that are flat-out awful, and I'm totally ashamed of them, and I'm sure that's the case with every human being that's ever walked the earth.

Tribeca: It seems that one of the pleasures of watching The Immigrant is watching characters who engage in behavior that could very easily be condemned, and then seeing them rendered in a fashion that makes them almost uncomfortably relatable.

James Gray: There are things that I've done in my life that are flat-out awful, and I'm totally ashamed of them, and I'm sure that's the case with every human being that's ever walked the earth. The degree to which you're able to convey that that is okay - that you can't keep beating yourself up over the dilemma in which you find yourself - that what we are about is a process, it's a lifelong challenge to be what you might call a good person. The specter of forgiveness and redemption is always around the corner, no matter how terrible we may be.

Tribeca: Is the idea of a complex character - a character who has done terrible things trying to redeem himself - is that the artistic starting point for you? Or is there some idea or narrative construct that precedes the character development?

James Gray: That's an incredible question. For whom do you write?

Tribeca: Oh thanks. That's kind of you.

James Gray: It's not kind of me. (pauses)

James Gray: Ah, maybe that's why. (pause) It never starts there. It starts, usually, from what I want to express emotionally. A feeling that I have. A mood I want to express. In this case, it was all about the ending, that came first. The idea of a codependent relationship - two people who need each other for exactly the wrong reasons - and I saw the ending and wanted a baptism of sorts. Codependency is a postwar term invented by, really, Alcoholics Anonymous, but it's an issue that's been there since the beginning of time. That was the kernel of the idea. Everything else followed from that, from someone telling someone else, you are not garbage, you are not nothing.