Lina Plioplyte On The Chic Women of ‘Advanced Style’

Who says you need to be young to experiment with fashion? These ladies could show Kate Moss a thing or two. 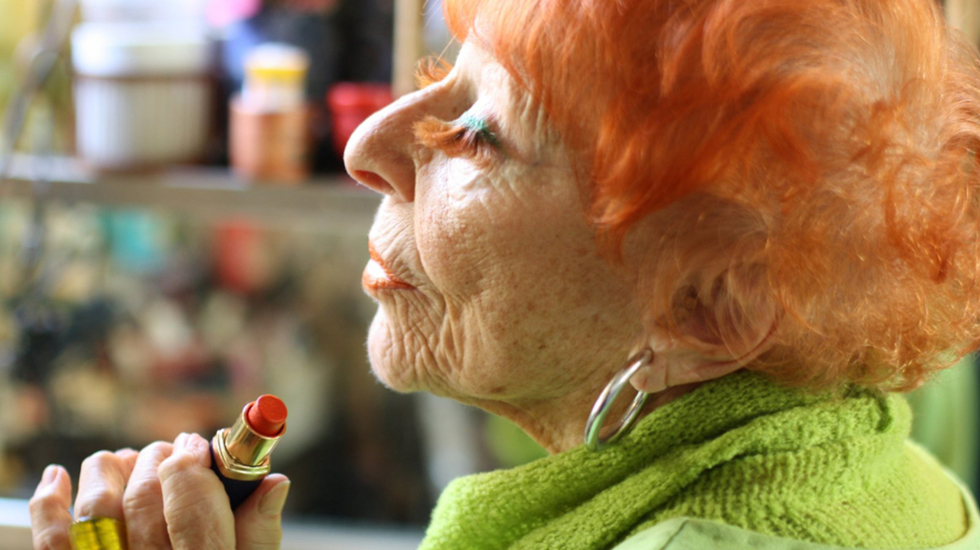 There’s no age limit on self-expression. Ari Seth Cohen’s blog Advanced Style caused quite a stir when first launched. Why? Cohen’s blog showcases— exclusively—pictures of stylish and creative older women he comes across on the streets of New York and other places on his travels. These women (who are mostly over the age of 60) exude confidence and grace, inspiring in turn Cohen’s readers and the world to embrace wholeheartedly their own senses of style. Not surprisingly, in addition to showing off their unique fashions, these women all have stories to tell. Filmmaker Lina Plioplyte knew immediately that Ari and his fabulous women would be perfect subjects for her first documentary feature.

We spoke to Plioplyte about women in the media, getting to know her striking subjects, and her successful Kickstarter campaign.

Tribeca: Were you already familiar with Advanced Style and Ari Seth Cohen before embarking on the project?

Lina Plioplyte: I remember meeting Ari in a coffee shop in NYC right before he started the blog. I was interning at a fashion magazine, even though I had aspirations of becoming a filmmaker, and he mentioned his idea for Advanced Style. Once he started the blog, I just loved it and asked if I could film some of the women to make little vignettes for his blog. I just wanted to know how these women were staying so creative and playful at that age.

I myself love clothing. I love to dress up. I’ve noticed as I’ve gotten older that so many people stop playing once they get a serious job. They forget how to express themselves. These were women deep into their twilight years still dressing up and having fun with it. I literally wanted to know how and why they do it. So it started with short interviews, but I then started following their lives and before I knew it, I was making a feature-length documentary. It was a very organic growth from the blog and Ari’s book.

I’ve heard people say our film is feminist, which is fantastic because it’s not really preaching any political views, it’s just badass women—badass women who just so happen to be unapologetically feminine.

Tribeca: What do you think draws audiences to these very special women?

LP: I think no matter how outlandish or extravagant these women can look, they are totally relatable. These women are also very comforting. They are getting older and closest to the inevitable, but they make it look like so much fun. It was an eye opener for me. Aging is not what it is depicted as in the media where you have people with a cane waiting for death to come. To me, 65 seems to be the most fun. I don’t worry about getting my first wrinkle anymore. There are years of life ahead of us all.

Tribeca: Not only are these women stylish, but they’re so accomplished and so full of life. How did they influence you personally?

LP: To say the least, style is only on the surface. However, these women’s style does tell a lot about them—you can tell what their whole life is like by the way they dress. Their lives and wardrobes are unconventional and celebrate self expression. I had the joy of experiencing their vitality and I hope it did trickle down on me a little bit. I think one of the biggest things they taught me is to say “yes” more often. They really live the NYC life. They go to textile exhibitions and talks and events. They’re just so alive and breathing in the city. The streets are their runways.

They reminded me that I shouldn’t forget myself in the process of my work. They made me want to step out of my comfort zone and surprise myself. You get so burnt out on “making it,” you know? You need to just enjoy life as a journey. The journey doesn’t end once you’ve hit your professional goals. You’re still on your journey at 35, 55 or 85.

Tribeca: Advanced Style deals with themes that speak to women, specifically self-expression, self-worth, and society’s idea of beauty. How important is it for female stories to be told?

LP: Oh, don’t get me started! I’m a part of a female filmmaker collective called Film Fatale so that’s all we talk about [laughs]. There is not enough female presentation put out into the world through our own eyes, especially in cinema. More often than not, women are treated as an object or muse. Or you have a semi-progressive female character, but her happy ending depends on a guy. That makes me mad because a female’s sole goal in life should not be her relationship with a man.

I’ve heard people say our film is feminist, which is fantastic because it’s not really preaching any political views, it’s just badass women—badass women who just so happen to be unapologetically feminine. They fully embrace who they are, flaws and all, and that’s beautiful.

Tribeca: Advanced Style is your first feature length documentary. What do you wish someone had told you before you started working on the film?

LP: Maybe it’s very good no one gave me any advice before I started because maybe I might not have made it! I guess it would have been nice for someone to prep me on the post-production process. I thought it would only take 6 months, but that turned out to be nonsense [laughs]. I had 250 hours of footage to look through. I would tell my younger self to understand that there would be a lot of passes in the edit room. You’ll have to watch the film and rewatch and leave it for a month and come back to it. It’s exhausting. Every time you look at the edit with fresh eyes, there’s always something you can fix. Eventually, it gets polished and you end up with a perfect pearl necklace. You find that one story that works with the rhythm and all the components that just feels right.

You need to just enjoy life as a journey. The journey doesn’t end once you’ve hit your professional goals. You’re still on your journey at 35, 55 or 85.

Tribeca: The film was made possible (and successful) largely due to your crowdfunding campaign. Could indie film function without crowdfunding nowadays?

LP: Without crowdfunding? Well, maybe if you have a rich mom. [laughs] But seriously, there are many ways to make a movie. Werner Herzog is one of the biggest advocates for moving forward despite not having a big lump of money at your disposal. I shot for two years using my own equipment, I didn’t spend a dime on renting a big camera or buying film. I only used HDSLR cameras.

However, I will say that it was fantastic to have the support of our Kickstarter backers. Without them, we wouldn’t have been able to hire an editor for 6 months and professional sound engineers. We were also able to work with a  legal team, which you never think about when making a film. You need contracts and there’s paperwork. If you think about your film in the long term—iTunes, theatrical and DVDs—there are so many boxes you need to tick in. We never expected to spend money on that.

I don’t see anything wrong with crowdsourcing. However, doing the Kickstarter campaign was really humbling. It’s hard to ask friends and people for money. It’s hard for me especially. So it was a real thrill to see people donate to help us reach our goal and then surpass it. It was a very emotional experience. Our Kickstarter campaign allowed us to go so much further than we would have gone without it.

Tribeca: What do you hope audiences take away from the film?

LP: I hope everyone has fun at the theater and looks at aging with lighter, sweeter eyes. I want people to be inspired to play—with clothes or with their lives—more fearlessly after observing these women for an hour and twelve minutes.

Advanced Style is now playing at the Quad Cinema. Click here for showtimes!