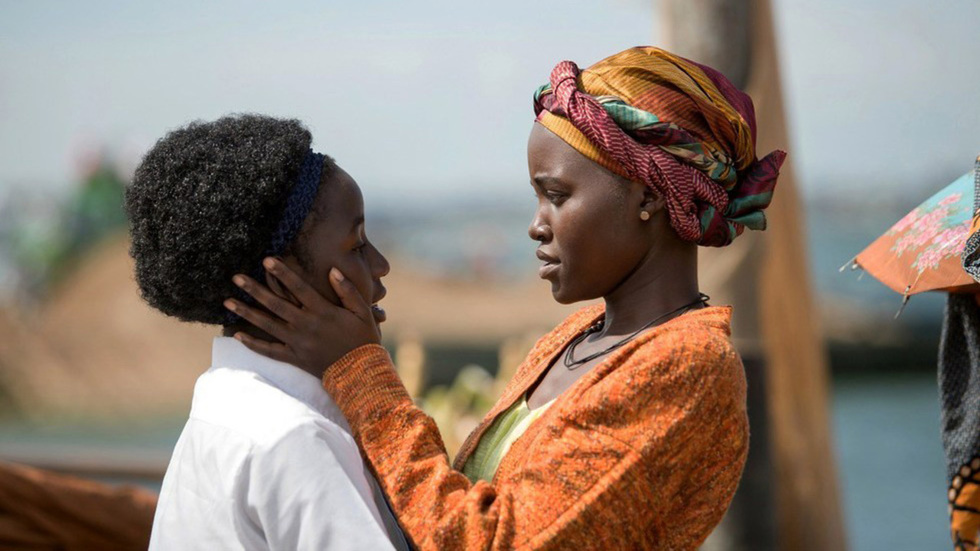 It's easy for our favorite actresses to disappoint us.

It's easy to scoff, roll our eyes, and curse casting agents when Rooney Mara tosses off a Pan or Frances McDormand and Laura Linney end up in Transformers and Teenage Mutant Ninja Turtles sequels, respectively.

The frustration is understandable: Why wouldn't we want our most beloved actresses to take on challenging roles in important stories instead of co-starring in movies that are made to sell toys? But these types of personal letdowns become complicated when they compel us to patrol, not champion, the actors we love.

A great deal has been written about Lupita Nyong'o's face, particularly around the matter of its alleged absence. In the past two years since winning a Best Supporting Actress Oscar for her galvanizing breakout in 12 Years a Slave, Nyong'o has become one of our most visible and revered public figures. This is in large part due to her status as a fashion goddess whose style persona combines the elegance of Audrey Hepburn with the fierce daring of a Grace Jones or Bianca Jagger, as best exemplified by Nyong'o's high hair and glittering green shift that all but made this month's Met Gala.

But when it comes to Nyong'o's chief profession, many have openly wondered why one of our most interesting and acclaimed new actresses has been unseen on the big screen. It isn't that Nyong'o hasn't been working. She has actually remained quite busy in the post-Oscar years, albeit in roles and projects that have hidden her face behind layers of unrecognizable CGI.

Following a barely-there part as a background stewardess in the nutty Liam Neeson-on-a-plane thriller Non-Stop, filmed pre-Oscar and released in February 2014, on the weekend of the telecast, Nyong'o has completed three projects. In Star Wars: Episode VII - The Force Awakens, Nyong'o played the thousand-year-old pirate Maz Kanata using transformative motion-capture technology. Similarly, in The Jungle Book, Nyong'o once again used motion-capture VFX to play a protective wolf mother. (It's worth noting that directly after awards season, Nyong'o joined and then dropped out of the Jake Gyllenhaal boxing drama Southpaw, upon which her thankless role as a protective services counselor was given to Naomie Harris.)

Nyong'o's third completed project is Mira Nair’s biographical drama Queen of Katwe, in which the actress plays the mother of real-life Ugandan chess prodigy Phiona Mutesi (played by newcomer Madina Nalwanga). The film will mark the first time Nyong'o has actually been seen in a film since 2014. The very sight of Nyong'o's kaleidoscopically expressive face within Queen of Katwe's trailer is enough to unleash the waterworks, especially because it's been withheld, at least within a filmic context, for a matter of years.

It's easy to cry foul at Hollywood for such unfortunate underutilization, especially in the wake of Viola Davis' landmark 2015 Emmy speech, in which the actress quoted Harriet Tubman and delivered the declarative statement, "The only thing that separates women of color from anyone else is opportunity." And it's hard not to instantaneously agree when someone like Vulture's Kyle Buchanan writes in an essay titled "Why Won't Hollywood Let Us See Our Black Actors?" that the very fact that "no white director has cast [Nyong'o] in a live-action role that lets her live in her own black skin" signals "just another symptom of Hollywood's current failure when it comes to actors of color."

But the "Where is Lupita's face?" debate has been answered with an altogether different response, this time from the actress herself. In an essay for Lenny, Nyong'o defends her decision to take on unusual roles in Star Wars and The Jungle Book: "I love the idea of people of color participating in mythical, magical stories, whether that's as hero, villain, sage, or sorceress," she writes. "I'm able to be more engaged in roles such as those than I would be in playing 'the wife' when she is written with no motivation or singularity."

In the Lenny piece, Nyong'o also touches on an odd response to her involvement in the current theatrical run of Danai Gurira's Eclipsed, the first Broadway production to be written, directed, and performed exclusively by women, all of whom are black. Eclipsed tells the story of three women (played by Nyong'o, Saycon Sengbloh, and Pascale Armand) betrothed against their will to a Liberian commander and the conflicting efforts of a radicalized former wife (Zainab Jah) and a beneficent peace officer (Akosua Busia) to liberate them. As Wife Number Four, i.e. "The Girl," the recently Tony-nominated Nyong'o nails her toughest acting challenge to-date: charting a young woman's transformation from vulnerable child bride to savage mercenary.

It's a boldly realized and brilliantly physicalized performance in what has become an essential cultural event, which makes the unfortunately inevitable question "Why would such a big star choose to do such a small play?" inane. And yet, it's one that has been repeatedly asked of Nyong'o in the year since Eclipsed made its journey from The Public Theater to Broadway. Nyong'o concludes her Lenny essay with a forthright statement that should put a cap on any confusion about her involvement: "I see a work of incredible power that is transforming lives by daring to offer women of color fully rendered narratives, and I feel so lucky to be a part of it. I look at this play and see nothing about it that is 'small.'"

In a way, Nyong’o’s defense can be equally applied to the continued criticisms about her fragmentary cinematic output, which it is important to note aren’t so much directed at the actress herself as they are at the industry performing the perceived slight. But, then again, maybe this isn’t a slight at all, at least by Nyong’o’s standards.

Nyong'o is repeatedly held up alongside Margot Robbie, the young Australian actress who caused a stir as Leonardo DiCaprio's bombshell wife in The Wolf of Wall Street in the same year as 12 Years a Slave. In the years since, Robbie has become an inescapable movie presence; the debut of her striking, tow-headed Harley Quinn in the first trailers for this summer's Suicide Squad caused an internet sensation all by itself. Robbie has also attached herself to at least ten feature films since Wall Street, five of which have already been released and none of which even remotely attempt to hide the fact that they feature Margot Robbie.

Robbie’s stardom makes sense in that gorgeous and capable white women are one of the film industry’s most shamelessly viable products. And the general consensus among Nyong’o’s proponents seems to be that the Oscar-winning actress should, by all means, be allowed an equal offering of diverse roles and a similar type of centralized stardom. And they’re right: Lupita Nyong’o unquestionably deserves this.

But maybe “this” isn’t entirely what Lupita Nyong’o wants. Since her involvement in Eclipsed was announced last summer, I have gradually come to realize that Nyong’o is definitely more interested in developing her craft as an actress than becoming yet another Hollywood star. This doesn’t mean that the two roles can’t be symbiotic, as Bette Davis, Katharine Hepburn, and Julia Roberts would surely attest. But within Nyong’o’s Lenny essay, the actress makes important note of three performers whose careers most inspire her: Cate Blanchett, Tilda Swinton, and Viola Davis, rare and extraordinary actresses who remain intensely devoted to their artistic endeavors and largely unconcerned with becoming bankable industry megastars. And like Nyong’o, two of them (Blanchett and Davis) routinely return to their first love: the stage.

With this in mind, maybe it’s time to stop scrutinizing Nyong’o’s decisions, which doesn’t mean letting Hollywood off the hook for its general pigeonholing of actresses of color nor lowering our reasonably high expectations for what Nyong’o herself might achieve. On the contrary, maybe it’s high time we realize that Nyong’o needn’t answer to anyone’s expectations but her own.

It is possible to remain an actress’ champion without bemoaning what we ourselves deem to be inferior. And what exactly is inferior about Star Wars or The Jungle Book, two commercial heavyweights with unusually high critical backing? As for her future prospects, Queen of Katwe looks to be an unparalleled crowdpleaser that, by all accounts, Nyong’o herself couldn’t be more proud to be a part of. And the actress' as-yet-unfilmed projects (the alien thriller Intelligent Life, an adaptation of Chimamanda Ngozi Adichie’s literary masterpiece Americanah) are promising pursuits by any measure. In the meantime, Eclipsed continues to play eight shows a week at the John Golden Theatre, where one of our most unique actresses is doing exactly what she pleases by rigorously challenging herself night after night.

At this stage in her career, Lupita Nyong’o doesn’t need anyone’s help in charting her own artistic journey. We should only be so thankful that she has allowed us to tag along at all.