Which TFF 2013 Female Filmmaker Will Win The Nora Ephron Prize?

In memory of one of the most influential women in the film industry, we are proud to honor an outstanding female filmmaker during this year’s Festival with the Nora Ephron Prize. 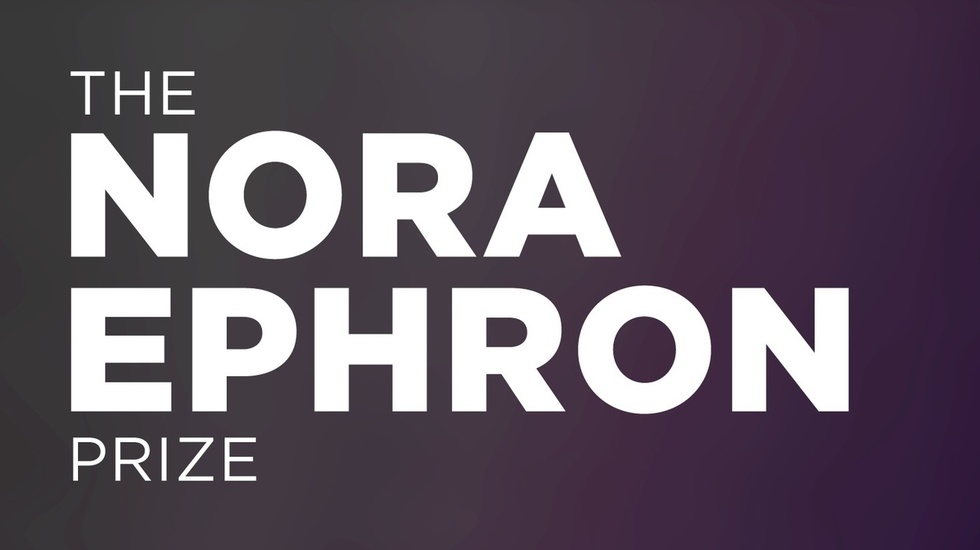 I try to write parts for women that are as complicated and interesting as women actually are.

It’s hard to believe that Nora Ephron has been gone from us for almost a year now. The legendary writer/filmmaker redefined the romantic comedy with films such as When Harry Met Sally, Sleepless in Seattle, and You’ve Got Mail, proving that there is nothing more magical than two complicated people falling in love. She fearlessly took elements from her own life, most famously the plot line of Heartburn, and taught women that life goes on and success is attainable post-divorce. Her influence on the ways that women are portrayed in film will be lasting.

In her honor, the 12th annual Tribeca Film Festival, presented by American Express, is proud to announce the creation of a new award, the Nora Ephron Prize. The $25,000 award, supported by Vogue.com, will recognize a female writer or director who embodies the spirit and vision of the legendary filmmaker and writer. Fittingly, the inaugural Prize will be presented at the annual Women’s Filmmaker Brunch at TFF 2013 on April 25 by TFF co-founder Jane Rosenthal and Sally Singer, creative digital director of Vogue.

“Nora Ephron's work influenced screenwriters, filmmakers and movie goers,” affirmed Jane Rosenthal, TFF Co-Founder. “She was a great friend to the Festival since its inception, and I had the privilege to know her and be in absolute awe of her. She did it all brilliantly, with wit and wisdom that went straight to the heart.”

The Nora will be awarded annually to a woman filmmaker whose film is making its North American, International or World Premiere at the Festival. This year, eight filmmakers are eligible:

Through this award, we are proud to honor the memory of Nora Ephron and hope to inspire a new generation of women directors and writers to bring compelling stories to the screen.