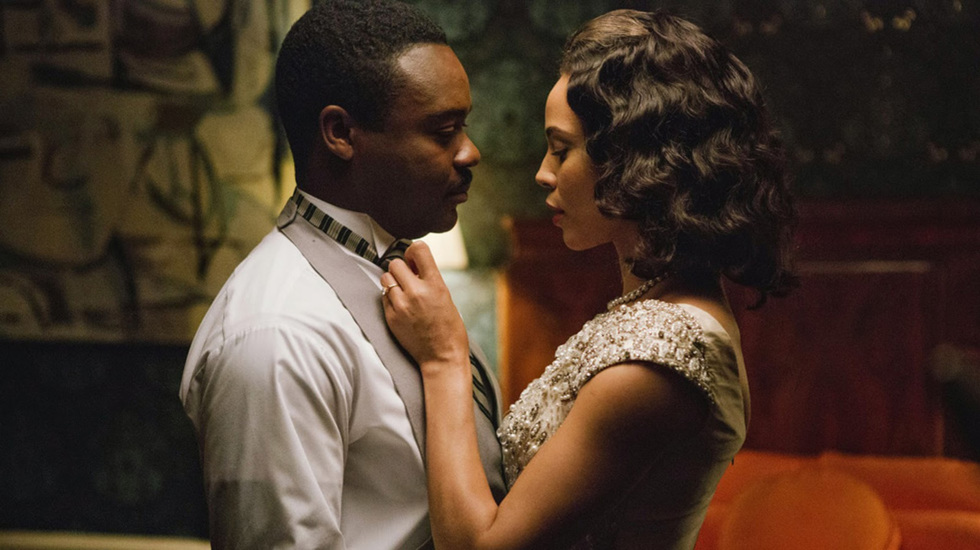 This Week's Trailer: The first preview of Selma, a prestige picture about the Civil Rights marches that Martin Luther King, Jr. led through Alabama in 1965. It's also the major studio debut for director Ava DuVernay, who helmed the exquisite indie drama Middle of Nowhere. The cast includes David Oyelowo as King, plus Oprah Winfrey, Lorraine Toussaint, Tim Roth, about a hundred other good people in supporting roles. (After an Oscar qualifying run on Christmas Day, the movie opens wide on January 9.)

This Week's Tune:  Public Enemy's "Say It Like It Really Is," from their independently released 2012 album The Evil Empire of Everything.

How Literal Is It? You might expect a studio historical drama with obvious awards ambitions to score its trailer with period-appropriate music about racial equality. But instead of "A Change is Gonna Come," we get a furious, modern hip-hop song, pounding us with beats and the promise of revolution.

This gives us a lot of information about the trailer. For one thing, it's trying to set Selma apart from other recent movies about African-Americans overcoming things in the mid 20th century. (Think of The Help, The Butler, and 42, to name just a few.) A modern song says this entry in that ever-growing canon is as much about today as it is about yesterday.

Plus, there's the fact this this is Public Enemy, whose song "Fight the Power" was such a memorable part of Do the Right Thing. That movie is still the standard for unflinching honesty about contemporary race relations in America—emphasis on contemporary—and by aligning with it even a little bit, Selma implies it's not going to turn away from difficult truths, even if they make us uncomfortable.

Of course, the movie itself may not live up to those promises. And no matter what's on the soundtrack, it's still the umpteenth film about Civil Rights battles in the South, a roster that also includes Mississippi Burning, Rosewood, and on and on. But this song at least acknowledges that we need a fresh take on thw era. (It would be great to get more studio films about contemporary African-American characters, but hey…)

How Emotional Is It? After 25 years, Public Enemy can still drop an incredible beat. Even in the snippet we hear in this trailer, the song makes me feel pumped and alive, and that makes the movie seem energized.

Will We Associate It With This Movie? Absolutely. Instead of recycling "Fight the Power," Selma opts for a Public Enemy song that most people haven't heard before, and it puts it to very good use. That'll fuse the two in our minds.

Overall Trailer Tune Effectiveness:  I'm going to see Ava DuVernay's movies no matter what, but this trailer makes me think that maybe (just maybe) she'll  do something exciting with well-worn material.