A new project highlights how larger stories can be told with increasingly smaller budgets. 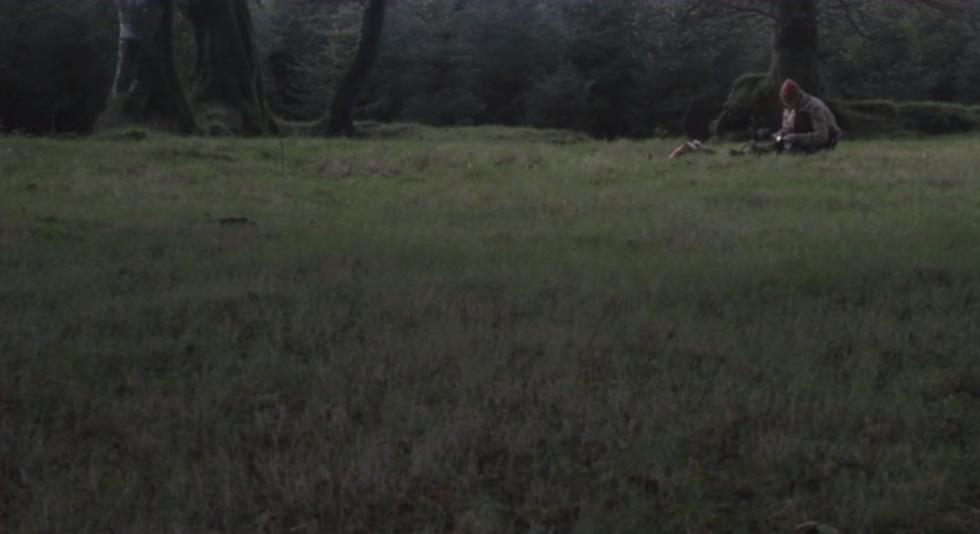 I wrote about Ian Clark in these pages some time back, after he decided to make his short MMXIII available exclusively via Filmmaker Magazine - a striking and clever distribution decision. Clark is back on my mind today, with the recent announcement that he's launched a Kickstarter for a feature he's in development on called A Morning Light, which plans to shoot in September. What's striking about Clark's business decisions this time is something a bit different.

This is a film about alien visitation being made on the micro-budget level, and that deserves some consideration.

Clark is pitching the film (whose Kickstarter can be found here) as an exploration of extraterrestrial visitation - the topic it concerns is humans interacting with aliens, though further details are kept tightly under wraps. There's no question that the film - judging by Clark's previous work - will not bear even a passing resemblance to standard Hollywood (or perhaps even indie) fare that deals with the subjects of ETs. That being said, it's not insignificant that Clark is pitching the film as a project that deals with alien contact, a subject matter sure to interest a relatively large audience (by micro-budget indie film standards). And Clark is only looking to raise $9K over Kickstarter.

The economic boundaries of genre and high-concept filmmaking are eroding rapidly.

Now, we have no way of knowing whether that $9K is the film's full budget (possible, but unlikely) or just a piece of a budget that is still small (more likely, I would imagine). Regardless, this is a film about alien visitation being made on the micro-budget level, and that deserves some consideration. How is the film industry changing? Micro-budget cinema was once exclusively the provenance of talky films between small casts of characters, often set in a limited number of locations. But with cheapening technology in filmmaking - both hardware and software - we're starting to see micro-budget productions become increasingly ambitious in what they take on. There was Evan Glodell's memorable Bellflower a few years back, a micro-budget look at a relationship falling apart infused with apocalyptic imagery; more recently, Oscilloscope distributed James Ward Byrkit's Coherence, a high-concept sci-fi-tinged thriller; and of course, we have A Morning Light being announced today. I'm not suggesting there are direct links between the narratives or tones of these specific films, but am highlighting a trend in micro-budget cinema, which is that the economic boundaries of genre and high-concept filmmaking are eroding rapidly.

It was often believed to be the case in indie film that there was a quality-control ceiling on micro-budget work; films that didn't look particularly great, or sound too good, were limited to a certain group of distributors that they could not climb beyond. This is no longer the case. As technology becomes cheaper and the amount of money necessary to provide quality falls, and as audiences become increasingly comfortable with lower-quality imagery and sound (think found-footage films like Paranormal Activity), the only boundaries remaining between micro-budget cinema and wider audiences may be narrative ones. As a result, indie filmmakers have a flatter playing field, and can devote their focus more to their own narratives than to practical concerns - which means better quality work for audiences to enjoy, and greater opportunities for filmmakers with well-executed stories.