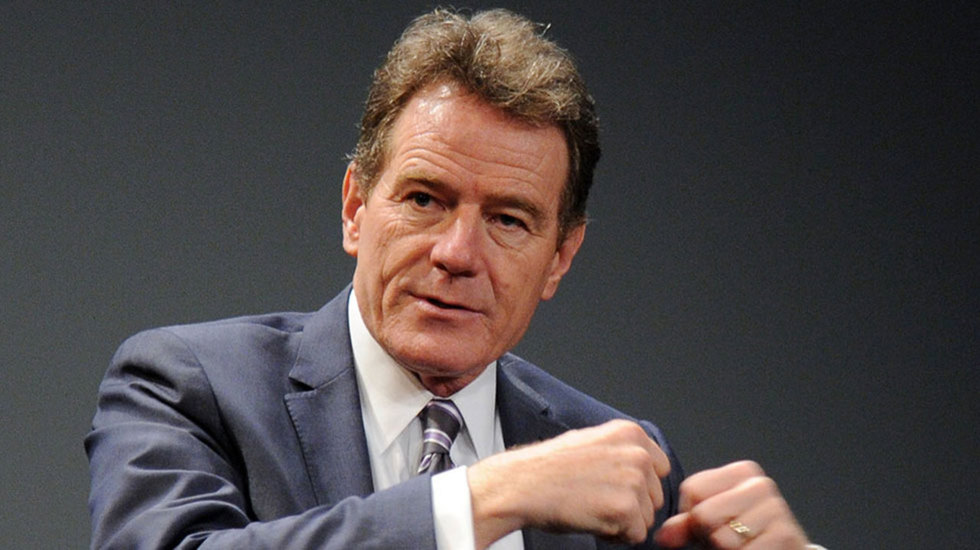 It was a sociopath’s ultimate guest list: Actor Bryan Cranston (“Breaking Bad”), writer and show runner Terence Winter (“The Sopranos,” “Boardwalk Empire”), and neuroscientist-slash-serial killer specialist Dr. James Fallon talking about why we love characters who push our definition of humanity to its brink. This team of mad minds was moderated by Juju Chang, the co-anchor of Nightline on ABC News.

Before we delved into the minds of the damaged, we heard from the self-professed “immersion junkie” Jason Silva, the creator of Shots of Awe. Jason approaches cinema as a “dream-sharing technology,” and when we immerse ourselves in the story of dreams of others, transformation can take place. What better preface to a work like Breaking Bad, a show that held many of us captive for days and weeks? Check out Jason’s work here.

Yesterday’s panel was an exploration of the psychopath from three perspectives: the actor tasked with embodying the character, the writer who created him, and the scientist who has sought to explain him in the real world. At first the panelists discussed the fictional characters made famous by Mr. Cranston and Mr. Winter, including a look into how many choices dictated by the gentlemen’s creative processes resonated as truthful from a scientific process, as well. Ultimately the discussion moved toward asking why, as a society, we’re so drawn to the anti-hero psyche: why we can’t stop watching (and to some extent, loving) Tony Soprano and Walter White.

Mr. Cranston explained our newfound interest in these anti-heroes with the idea that the trope was a relatively young one: “With Breaking Bad, our creator, Vince Gilligan, said that he wanted to write a show about change. Historically television was about stasis; he wanted to see if he could go from a good character to a bad one.” Dr. Fallon supplemented this take with “The question we all have is one of how far would each of us have to be pushed to drop out of society. What’s the breaking point?”

Terrance Winter distilled our love of crazy down to its littlest details: “We recognize ourselves in these characters. [On The Sopranos] some of scenes we most enjoyed writing were when a character heard a joke on the show, and then several scenes later presented the joke as their own, if they themselves thought of it. We all do that.”

Other highlights from the afternoon:

James Fallon: “Psychopaths don’t exist, it’s not even a term recognized by the medical community; it overlaps with too many disorders. Some [such disorders involve] people are very glib and manipulative, almost charismatic. When they speak they don’t have to worry about how is this going to hurt someone because they don’t care. They seem smarter than they are, because [despite the clever statements/compartmentalized intelligence] they also have this part of their brain that is just not working.”

Terrence Winter: “In Tony Soprano’s case it was okay to do what they did because they were soldiers; it was no different than going off to war.”

JF: “World leaders have psychopathic traits. Fearless dominance. We have had presidents who have lied to save us. It’s a very uncomfortable thing, that it’s sometimes truly hard to delineate the good from the bad.”

Terrence Winter [In response to the question “Do you ever worry that you’re writing something that’s unspeakable, something that will repel your audience?”]: “I don’t think I would ever write anything involving children, I don’t even think in my mind that I could go there. I wrote a scene [for The Sopranos] where Adriana gets killed; I wrote that she crawled off the screen and then we heard gunshots. I realized later that I did not want to see her get killed — I liked Drea (the actress), and I didn’t want to see it.”

Brian Cranston [to the above question]: “There was a scene in Breaking Bad where Jesse’s girlfriend Jane dies, and there was a lot of discussion about that one. As an actor, at first I wanted to respond in a human way. At first I [as Walter White] stop trying to kill her, but then I realize that this is the same person blackmailing me, the person threatening to expose my entire enterprise. Then I look at her again and think ‘She’s just a girl, she could be my daughter,’ but then I look at her yet again and remember that she’s gotten Jesse addicted to heroin. And who knows if he really loves her.”

James Fallon [of Mr. Cranston’s above description]: “That in itself is a moral play. Most of what we consider to be ‘moral’ behavior is when you don’t do things. Evil is when you do things.”

TW: “It’s our reptilian brains, we’re constantly fighting our own responses. We think “I’d like to punch this person in the face,” but instead we write a letter to the editor.”

Jess Kimball Leslie is a trend spotter in New York.