The 'Bling Ring' director has built a career on perfectly-placed pop songs in her movies. So we’ve gone and compiled the best/most effective ones into an unbeatable mixtape. You know ... a mixtape! Oh, ask someone older. 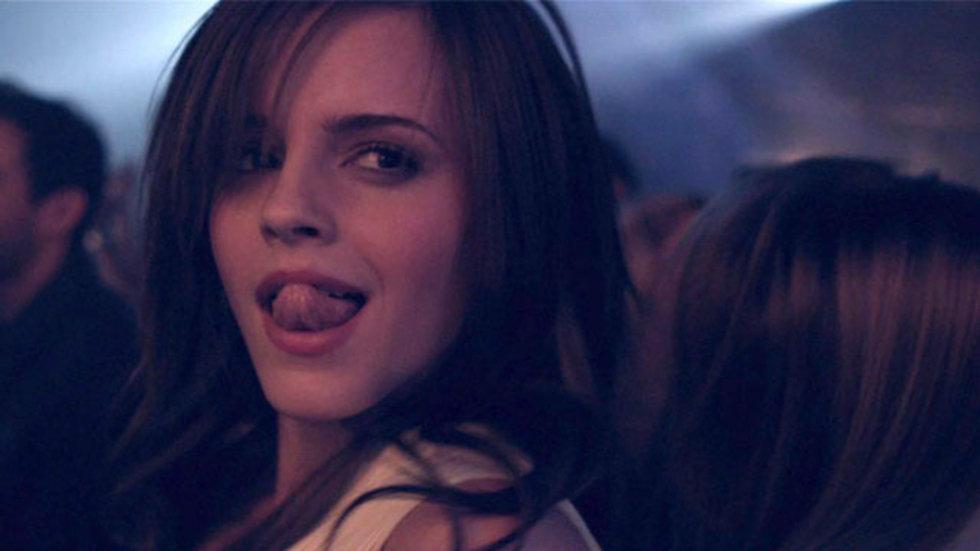 01. "More Than This," Roxy Music (from Lost in Translation)
Kick off your Coppola mix with this smooth, dreamy evocation of Bill Murray and Scarlett Johansson's delicately sweet courtship (or non-courtship). Personalize your mix with Murray's own rendition of the song.

02. "Magic Man," Heart (from The Virgin Suicides)
Time to set the mood and ramp things up, which means it's time to let Ann and Nancy Wilson herald the onscreen arrival of The Virgin Suicides' dreamy Trip Fontaine. Coppola needed something sexy and just slightly over-the-top to match Josh Hartnett's sexy and slightly-over-the-top Trip. And once Trip has gotten his intro, what better way to continue the mix than with ...

03. "Crazy On You," Heart (from The Virgin Suicides)
...Trip's romantic conquest of Lux (Kirsten Dunst)? Just look at the way the guitars trickle in at the closing of the car door. And once again, Ann Wilson's bombastic vocals meld perfectly with the oversized teenage emotions.

04. "My Hero," Foo Fighters (from Somewhere)
While we're feeling sexy, it's the perfect time to include the soundtrack to the twin-strippers-in-a-hotel-room scene from Somewhere. Pulling things back from the hormonal onslaught of "Crazy On You," "My Hero" is a good reminder that not all sex is sexy.

05. "Crown on the Ground," Sleigh Bells (from The Bling Ring)
At the outset of The Bling Ring, Sleigh Bells' blaring noise-pop sounds could be mimicking an alarm system (if anybody in Hollywood ever set their alarm systems, which the film certainly suggests they do not). The soundtrack to the initial Bling Ring teaser is exactly what we need to kick this party onto the dancefloor.

06. "212," Azealia Banks (from The Bling Ring)
Now that we've got things in a Bling Ring space, it's no time to back off now. Banks's bratty public persona actually works well in light of the onscreen characters, and Coppola knows exactly where the intersection of modern hip-hop and priviliged teenage posing lies.

07. "Cool," Gwen Stefani (from Somewhere)
Keeping things modern, but chilling things out a bit with Gwen. There is no scene in Somewhere that doesn't take its sweet time, and watching Elle Fanning's ice-skating routine unfold in real time -- and watching Stephen Dorff's evolving reaction to it, from distracted indifference to something more heartbreaking -- adds up to one of the film's best scenes.

08. "Bad Girls," M.I.A. (from The Bling Ring)
And we're back to The Bling Ring to close out our 2000s block. More badass posing from our creepy-crawling protagonists gets yet another perfectly fitting musical accompaniment. Even if it, like all the music in The Bling Ring, misses the mark chronologically by a few years. Which in itself is perfectly in keeping with Coppola's style.

09. "I Want Candy," Bow Wow Wow (from Marie Antoinette)
Of all the New Wave songs picked to underscore the out-of-time party-girl antics happening at Versailles, "I Want Candy" best summed up what Coppola was going for. Plus, who can resist a shoe-unboxing montage?

10. "So Far Away," Carole King (from The Virgin Suicides)
We're winding things down with this most perfect of melancholy reflections. And once again, in Coppola's hands, innocent teenage phone-flirting becomes something just a bit dreamier and sadder and sweeter.

11. "Just Like Honey," The Jesus and Mary Chain (from Lost in Translation)
There is no other way that this mix could possibly end than with the longing elipsis Coppola ends her sophomore film with. Possibly one of the best movie endings ever.