Home » Tribeca News » Spike Lee's Kickstarter is Halfway Over Today. Will His Non-Celeb Fans Step Up?
View All News

Spike Lee's Kickstarter is Halfway Over Today. Will His Non-Celeb Fans Step Up?

Spike Lee's "Anti-Hollywood Studio System" Kickstarter campaign is at the exact halfway point today. It appears that it's mostly other celebs who've chipped in. Is that depressing or what? 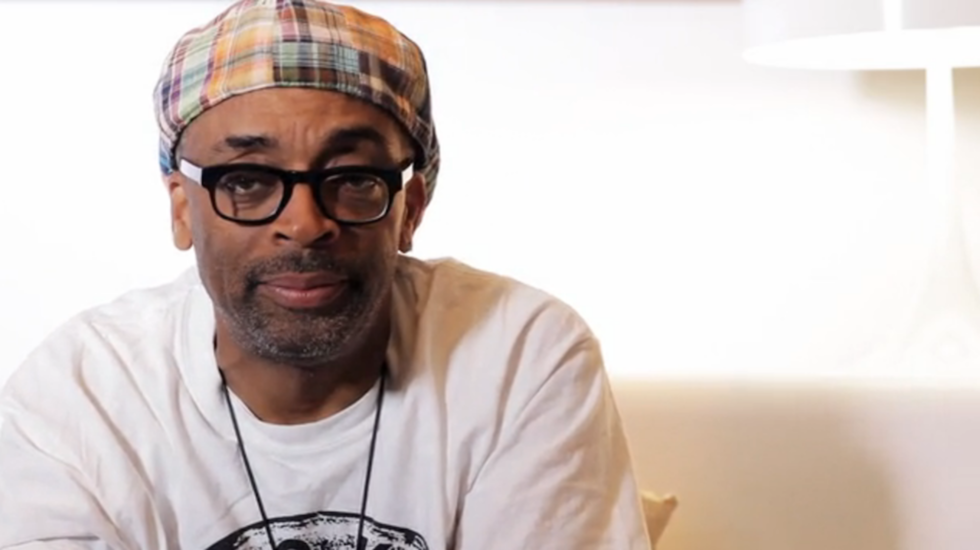 Today marks exactly the mid-way point in Spike Lee’s 30-day Kickstarter, which is slowly but steadily moving forward. With just over $700,000 currently, Lee has acquired just more than half of the $1.25 million required to fund his project. At this rate, it looks like Lee will probably get his Kickstarter funding, but perhaps not with quite the ease and enthusiasm he had imagined?

Only 74 people have contributed to 65% of Lee’s total.

Lee has already faced — and responded to — his share of criticism these past two weeks. (Has it only been two weeks?) And expectedly so — celebrity plus Kickstarter is almost always a recipe for backlash (except when the campaign is, like James Franco's, backlash-proof). But it’s especially hard to get around when the entire premise of your Kickstarter pitch banks, as Lee’s seems to do, on the value of a name and very little else.

"Bamboozled, am I right?” might not be enough to inspire the kind of grassroots response Lee hopes.

Lee’s Kickstarter is simply named The Newest Hottest Spike Lee Joint, which is fun as a title, but also pretty ambiguous? And what the film will be about is equally vague, summed up by the words “blood” and “sex.” The selling point seems to essentially be: “I’m the Spike Lee who made all these other great films and I’d like to make another great one! Trust me, I got this.” It’s not the most convincing pitch we’ve ever seen, especially since it (notoriously, at this point) begins with an anecdote about his students informing him of the existence of Kickstarter, and how others, such as Veronica Mars and Zach Braff, made millions on it to fund their film projects. Not exactly the most indie of franchises to align oneself with. Since that original blunder, Lee has made an effort to get his campaign up to standards, but it doesn't seem to be clicking with the general public.

The funders so far don’t seem to be all that independent either. Stephen Soderbergh was one of its first donors (giving $10,000) and that seems to be the main investment trend for Lee’s Kickstarter. According to Phelim McAleer (director of FrackNation), only 74 people have contributed to 65% of Lee’s total, and “almost half his total has been donated by 29 ultra rich bankers who can afford to give $10,000 to a film project that will see them no financial return.” McAleer’s (pretty harshly worded) note continues: “Strip away Mr. Lee’s rich kid donors and you find that ordinary Americans have given just $212,000 in 14 days.”

Still, in his own letter, Lee emphasizes his standing outside of Hollywood: “With the current climate in The Hollywood Studio System it's not an encouraging look for Independent Filmmakers.” Indie or otherwise, at least Lee cuts to the chase regarding what all filmmakers — established or not — require. He literally spells it out for us: “The catch is Filmmaking is an Artform that costs M-O-N-E-Y.” I’m not entirely sure what happening with all the capitalization, but I’ll go with it. The whole thing feels a little dashed together, and it’s not unreasonable that Lee just wanted to experiment with a new funding route. Still, his presentation is disappointing because it neglects creativity in turn of a heavy reliance on name cache and past works.

I adore Spike Lee as much as the next person — his recent Michael Jackson documentary is eminently rewatchable. I’ll even check out his (what I consider to be mostly unnecessary) Oldboy remake. And, I mean, Bamboozled! But "Bamboozled, am I right?” might not be enough to inspire the kind of grassroots response Lee hopes.

Right now, if you begin to type “Spike Lee” into Google, the first suggested search is “Spike Lee net worth” which, it appears, to be somewhere around $40 million. It’s not a great look, even though I want, more than anything, for more and more films about black people like the ones Lee is known for directing. (Lee has just named unknown actress, Zaraah Abrahams, as the female lead for the film.)

Lee’s Kickstarter, however, does seem to demonstrate some of the more exploitative possibilities of the medium, even as he emphasizes that it will be anti-“Hollywood Studio System.” Lee flaunts not just his name, but a list of those to which it’s associated, as though that notoriety alone justifies an investment. And who knows, it might be that more of Hollywood than not ends up funding this joint.