The 8 Best French Titles for American Movies in 2013

Rather than keep the original English titles for American movies, we've noticed the French like to re-title them...in English. 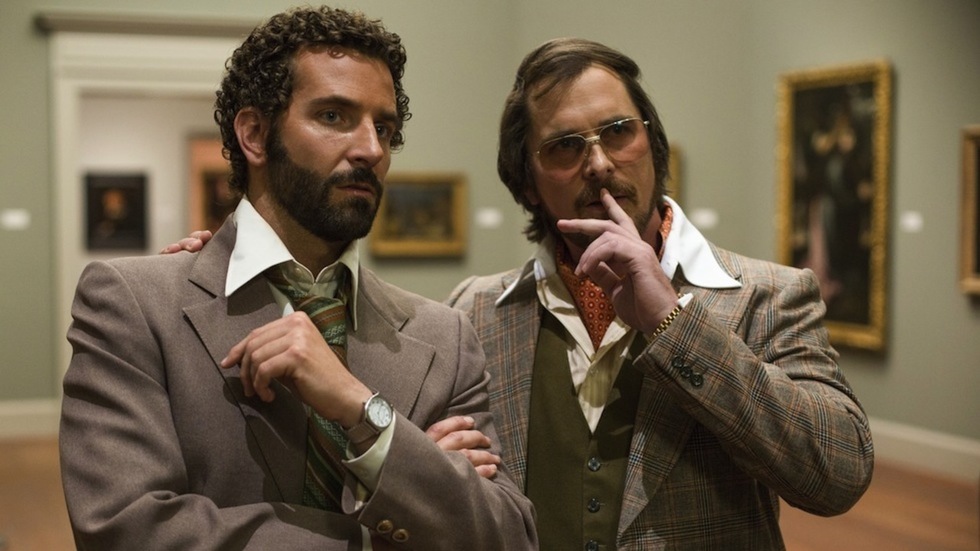 After his movie Sleeper was re-titled as Woody and the Robots in certain parts of Canada, Woody Allen made sure to approve the foreign titles of his films. We've noticed a trend among American movies in France, as more and more films from the Anglophone world are being re-titled in English. The results are often hilarious.

This is probably the most famous new title. The French have several names for hangovers, including one that translates to “a wooden mug," so why translate it into a very literal interpretation of the movie?

Their faces say it all. Amy Adams is definitely thinking "You've got to be kidding me," and Christian Bale is wondering if he's been out-crazied.

This title was even made fun of by French audiences. Happiness Therapy? What does that even mean? "Here's a prescription for a balloon and an ice cream cone; let’s call it a day. Co-pay is 25 bucks." Though released earlier stateside, Happiness Therapy was released in early 2013 in France.

If the movie didn't creep you out enough, dwell on the fact that someone approved calling these mothers "perfect".

France, we need to talk.

I kind of understand the reasoning behind this one, but don't act like there's no phrase for "Escape Plan".

OK, real talk: it is 10 times easier for a Francophone to say “avalanche” than it is for them to say “Texas.” I can’t even say Texas. More real talk: "avalanche" is a French word.

"Yes, hi. Here’s my ticket. Where am I going? Well, isn’t this the direct flight to Love?" The French definitely say that people have baggage, but why choose the easy way out?