Three Short Films That Will Inspire You to Appreciate Architecture 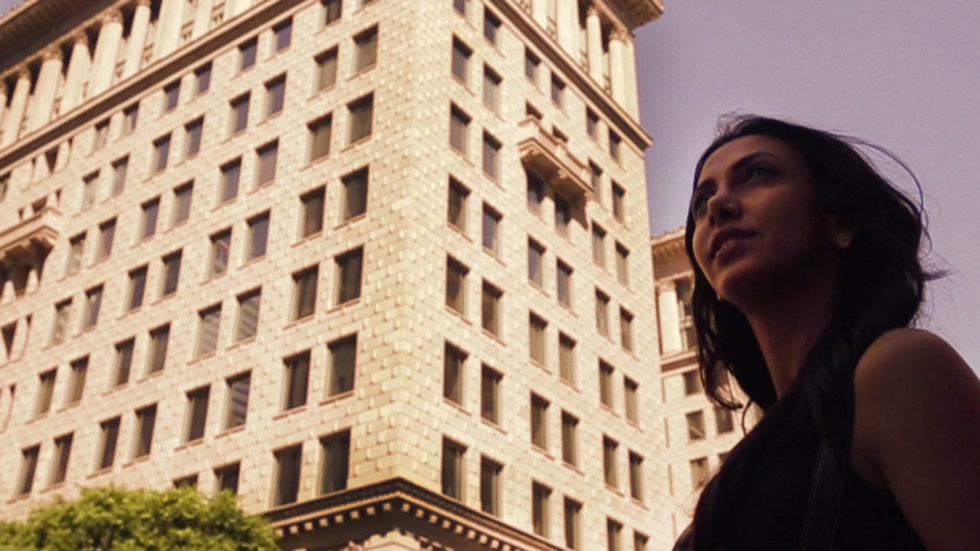 In early October, during the opening weekend of the Chicago Architecture Biennale, The American Institute of Architects, announced the winners of their “Look Up Film Challenge.” The AIA launched the contest to inspire the world to look up and appreciate the beauty of the architecture that defines everyday built environments. The project that launched in June 2015 brought together filmmakers and architects to make short documentaries that tell compelling stories about how architects are thinking about redefining communities of the future, nature, and the role of the city. The three winning projects — My City Listens, The RED Office, and Mixed Plate Hawaii — who all received cash prizes of $3,000, spots at the 2016 South by Southwest Film Festival, collectively capture personal stories of architecture.

“Most architecture imagery is captured by still photography and film is a great medium to help humanize and personalize the buildings and spaces that people inhabit every day, but might not always acknowledge or appreciate,” explains Scott Frank, the American Institute of Architecture’s Media Relations Director. “In addition to the great images that were chosen by the filmmakers to feature, the music that was selected to accompany the videos and the way in which the voiceovers were done were able to bring to life architecture in ways that can help make it more accessible to audiences and the general public,” Frank adds.

The Grand Prize winning short film, My City Listens, co-directed by Andrew Jeric and Soha Momeni, was filmed in downtown Los Angeles. The film explores how discovering a city is tied to personal identity. The subject of the film is Los Angeles, and Momeni says, she “hope by sharing this image we had been able to open eyes to the complexity of design and to inspire people to look up, so they can see their own whimsical, poetic, inner cities.” For his role, Andrew Jeric adds, “I’m a filmmaker who always had a great appreciation for architecture. To me it was a field that delivered a playground in which to set my story and inform my characters.” He also says that working with architecture as the subject of his film also made him aware that architecture is not merely an aspect of storytelling, it is storytelling.

The RED Office, which won the Film challenge’s second prize and was directed by Jeff Durkin, explores the movement to make cities more sustainable and the repopulation of the downtown areas of American cities. The film is set in San Diego, California and profiles the architecture design firm, The Red Office. “We want the film to say that architecture is not just brick and mortar, but it’s more about building community,” explains Durkin. “Good architecture has well designed public space which brings people together who want to live and work in an urban environment. As people move back to the cities and rediscover a way to live without the car, architects are at the forefront of that movement.” The nearly three minute films shows what a sustainable future can look like as architects think up alternative ways to live.

Graham Hart the director of Mixed Platte Hawaii, departs from the urban understanding of architecture and design to show that architecture also can mean a focus on tradition and culture. “We were inspired by the multi-cultural architecture of Hawaii and how even though the architecture here represents many different people and many different times, the theme that is consistent is the nature of the place,” says Hart of the narrative that ask how Hawaii’s past can inform it’s future. “With the constant search for a contemporary style of architecture fit for these islands we ask the question, what will our future here look like, and who will be the ones to make a change?”

The three short documentaries take different approaches to telling the story of modern architecture. Yet the way that the filmmakers use their cameras to magnify the mundane— and in the process focus our attention to look up—shows the power of the moving image. “It was readily apparent in meeting the winning filmmakers that the subject matter was inspiring to them and they all took quite different approaches to telling their stories,” says Frank reflecting on meeting the filmmakers when he awarded them the prizes. “A key takeaway from this contest is that there are fascinating stories to be told about the work that architects do at a very every day level,” he adds.

Below, Tribeca presents the three winning short films of The American Institute of Architects “Look Up Film Challenge":

The RED Office from CSpence Group on Vimeo.

My City Listens from CSpence Group on Vimeo.

Click here to vote for the "Look Up Challenge"'s People's Choice Award.