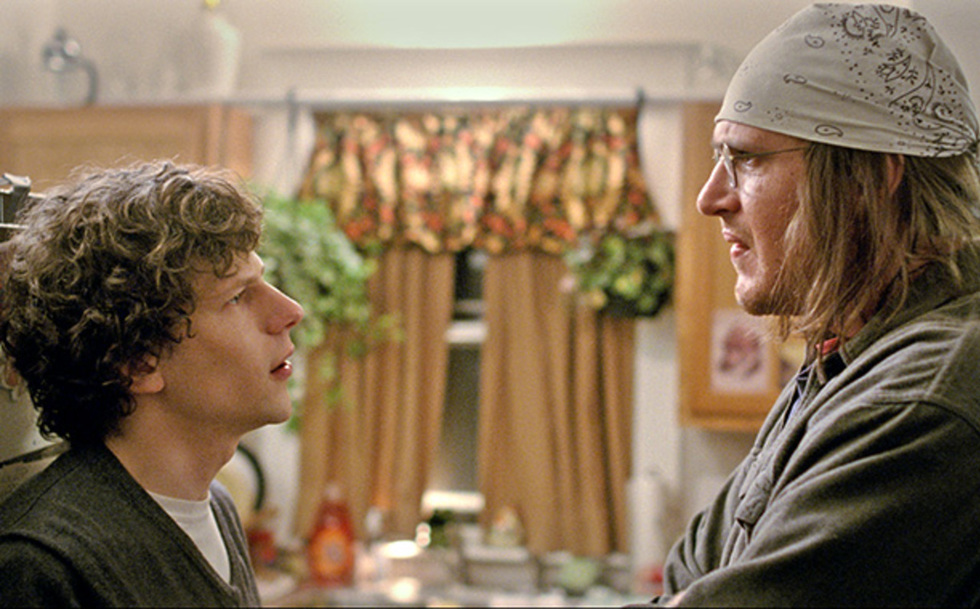 Jason Segel, potential Oscar nominee? Don’t laugh—that’s not as crazy as it sounds.

Indeed, the lovable funnyman, known for Forgetting Sarah Marshall and 2011's The Muppets, was the talk of this year’s Sundance Film Festival thanks to his performance in The Spectacular Now director James Ponsoldt’s new film, The End of the Tour, in which he plays the reclusive author David Foster Wallace, known for writing the novel Infinite Jest and the short story collection Brief Interviews with Hideous Men, among other books, before he committed suicide in September 2008. The End of the Tour isn’t your standard biopic, though. Jesse Eisenberg co-stars as Rolling Stone reporter Dave Lipsky, who spent five days with Wallace for an in-depth profile in response to Infinite Jest’s unanimously positive reception in 1996.

The End of the Tour’s buzz out of Sundance was similarly thick with praise, especially for Segel’s performance, and it won’t be long until the buzz expands nationwide. A24 will release the film on July 31, a month and a half after its official NYC premiere on June 17, when it’ll open this year’s BAMcinemaFest.

Earlier today, the first trailer premiered online, and it certainly lives up to the hype.