"We Could Be King" Wins Sports Emmy

The critically acclaimed documentary from Tribeca Digital Studios and The DICK's Sporting Goods Foundation is available to watch now on Netflix. 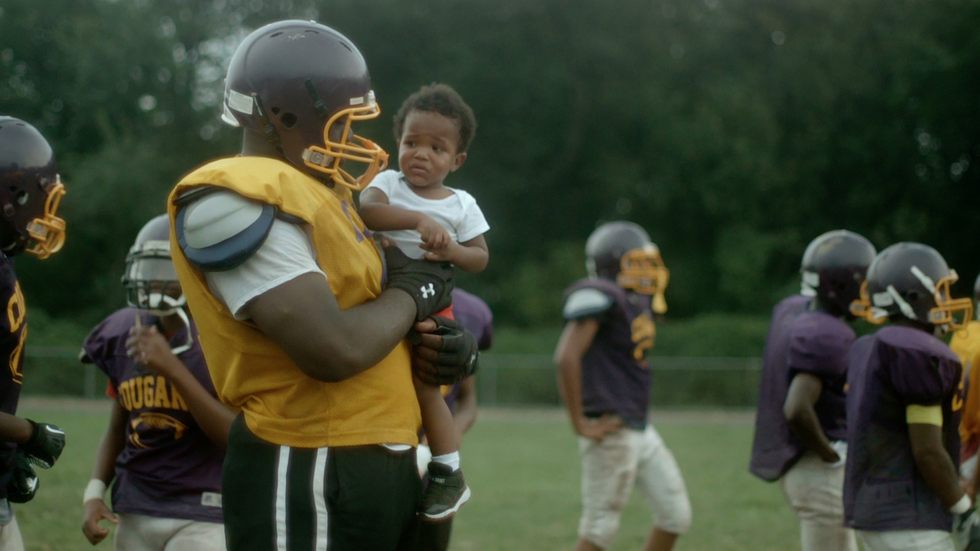 Inspiring people through cinema is always, in and of itself, a victory. Sometimes, though, it’s nice to have some hardware to validate everything.

Last night, at the 36th annual Sports Emmy Awards, We Could Be King—a collaboration between Tribeca Digital Studios and The DICK’s Sporting Goods Foundation—won the award for Outstanding Sports Documentary. Released last August, the film, directed by three-time Emmy-nominated documentarian Judd Ehrlich (Magic Camp, Run For Your Life), takes an in-depth and intimate look at urban America’s education crisis, specifically in Philadelphia. Due to minimized budgets, Philly’s Germantown High School was absorbed into their biggest rival, Martin Luther King. Through football, the MLK Cougars move past the longstanding rivalry aside and motivate an entire community.

We Could Be King was produced as part of The DICK’s Sporting Goods Foundation’s first-ever Sports Matter program. More than 180 youth athletic teams from across the country were awarded funds through The DSG Foundation toward their athletic programs, including MLK. Learn more at sportsmatter.com.

And that’s just the beginning. Immediately following their Sports Emmy win, Tribeca Digital Studios and DICK’s have announced their second film with Judd Ehrlich: an as-yet-untitled documentary about the Salmon River High School’s girls lacrosse team and their efforts to bounce back from a losing season while combating against their community’s belief that lacrosse is a man’s sport.

We Could Be King is available to watch now via Netflix.