Here Is The Lineup For the Tribeca/ESPN Sports Film Festival

In addition to the world premiere of Michael Rapaport’s ‘When the Garden was Eden,’ the Tribeca/ESPN Sports Film Festival will feature Mike Tyson and Evander Holyfield participating in a special Tribeca Talks® panel. 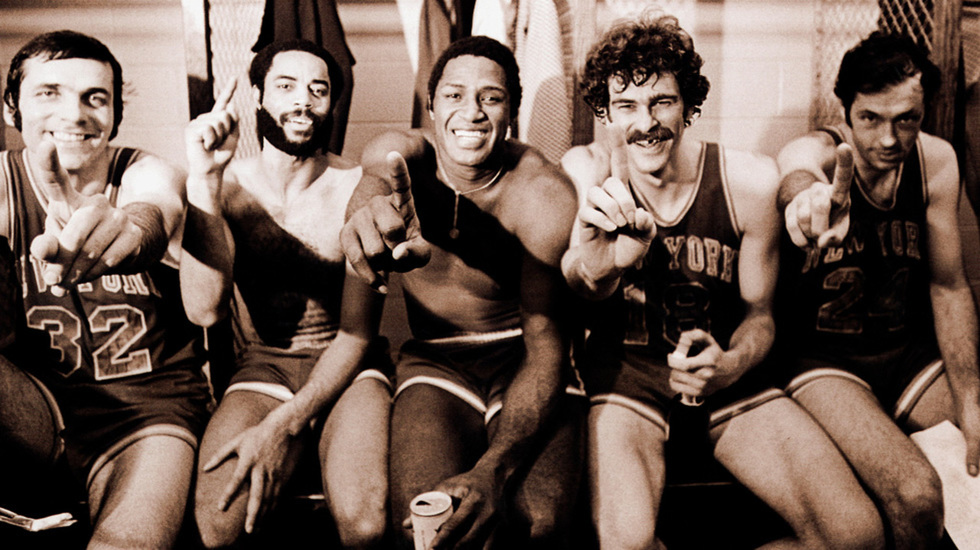 The Tribeca Film Festival (TFF), presented by AT&T, is pleased to announce the lineup for the eighth annual Tribeca/ESPN Sports Film Festival, sponsored by Mohegan Sun. With the aim of drawing wider audiences to independent films by presenting stories about sports and competition, the Sports Festival includes feature and short films, an outdoor screening, special conversations, and an ESPN Films 30 for 30 program on soccer.

The world premiere of the 30 for 30 documentary When the Garden was Eden, based by the bestselling 2012 book by Harvey Araton, will kick off the program on Thursday, April 17.  Actor/Filmmaker Michael Rapaport focuses on a topic near and dear to NYC sports fans—the glory days of the Knicks championship teams of the early 70’s.  The film explores the wide impact of the franchise at its highpoint through a series of interviews with storied figures such as Walt “Clyde” Frazier, Earl Monroe, Willis Reed, Bill Bradley and Phil Jackson.

Following this gala premiere, this year’s Tribeca/ESPN Sports Film Festival films will screen at Tribeca Cinemas on Saturday, April 26, as well as at other times and locations throughout the Festival.

Since its inception in 2006, the Tribeca/ESPN Sports Film Festival has become the premier showcase for independent films about sports and competition, a great combination as Genna Terranova, Tribeca Film Festival Director of Programming, explains: “The best sports stories have the mythology, complexity and stakes that extend beyond extraordinary athleticism, making for great films. These stories have fueled the huge success of the Tribeca/ESPN sports film festival by bringing sports fans and moviegoers together over the last eight years.”

In addition to the film series, the Tribeca/ESPN Sports Film Festival will present Sports Day as part of the Tribeca Family Festival Street Fair on Saturday, April 26. Sports Day offers fans an opportunity to engage in a variety of free, sports-related games and activities. Some of New York’s most popular athletes, mascots and sports personalities will be on hand for the festivities. This popular event will take place on North Moore Street, between Greenwich and West Streets, in Manhattan.  It is free and open to the public, so enjoy! .

The following films are featured in the 2014 Tribeca/ESPN Sports Film Festival:

Actor and tried-and-true New Yorker, Michael Rapaport, delivers an unabashed love letter to the Knicks with this fast-moving tribute to the team’s glory days, based on Harvey Araton’s best-selling book from 2012, When the Garden Was Eden. In the late ’60s, basketball was the city’s forgotten sport. Enter an unlikely band of scrappy team players, many of them future hall-of-famers, who would transform the team into one of the NBA’s most dazzling squads. Featuring interviews with Walt “Clyde” Frazier, Earl Monroe, Willis Reed, Bill Bradley, Phil Jackson, Red Holzman, Dave DeBusschere, Jerry Lucas, and many more stars from the Knicks’ championship years, When the Garden Was Eden is a snapshot of a colorful and volatile era in New York history and a testament to the breathless energy that defines the city and its sporting heroes.

The following Tribeca/ESPN Sports Film Festival titles have been announced in their respective sections as part of the 2014 TFF film program:

There comes a time in every fifth-year senior’s life where they must either accept the impending ‘real world’ of jobs, marriage, and payment plans or shirk that responsibility in favor of playing the most glorious intramural football game your school probably doesn’t really care to see. In this full throttle and hilarious send-up of inspirational sports movies, director Andrew Disney harnesses every cliché and overused trope to tell the greatest (and only) intramural sports movie of all time. Featuring an ensemble cast including Kate McKinnon, Jay Pharoah, Jake Lacy, Beck Bennett, and Nikki Reed.

A true underdog story, Maravilla follows Argentinian boxer Sergio ‘Maravilla’ Martinez, as he sets out to reclaim the title of Middleweight champion that was unfairly snatched from him in 2011 by Julio Chavez, Jr. Focusing on the rise of Martinez from penniless amateur to world champion and sporting celebrity, director Juan Pablo Cadaveira offers a fascinating glimpse into today’s boxing landscape, revealing the politics of the sporting profession that often places entertainment value over the sport itself. In English and Spanish with subtitles.

Before Lance Armstrong, there was Greg LeMond, who was the first and only American to officially win the Tour de France. In this engrossing documentary, LeMond looks back at the pivotal 1986 Tour, and his increasingly vicious rivalry with friend, teammate, and mentor Bernard Hinault. The reigning Tour champion and brutal competitor known as “The Badger,” Hinault ‘promised’ to help LeMond to his first victory, in return for LeMond supporting him in the previous year. But in a sport that purports to reward teamwork, it’s really every man for himself.

Tribeca Talks®: After the Movie and Conversations

This insightful and provocative documentary charts the lives of some of America’s heaviest hitters—including Mike Tyson, Evander Holyfield, and Bernard Hopkins—as they seek to break out of poverty via one of the few outlets available. Bert Marcus skillfully weaves their personal histories and gripping footage from their biggest bouts to explore the meaning of the American dream in a society increasingly fragmented between rich and poor.

After the movie: Stay for a conversation with former boxers Mike Tyson and Evander Holyfield, and boxing promoter Lou DiBella, about life, rivalry, and conflict both inside and out of the ring.

A conversation about the particular art in creating authentic sports stories - from non-fiction material to heart stopping hits that satisfy hardcore fans while also connecting with broader audiences. Featuring director Peter Berg, best known for his hit TV series and film, Friday Night Lights and for the recent sports doc series, State of Play, which illuminates the intersection of sports and sports culture with wider society in 2014 America.

Bing Russell is best known for his role as Deputy Clem on Bonanza, but he left Hollywood in 1973 to pursue his first love: baseball. Creating the independent Portland Mavericks, his ragtag roster of players that major franchises rejected were baseball’s biggest joke. Then they shattered expectations and turned Major League Baseball on its heels in an unheralded story of spirit and rebellion.

Followed by a special conversation with filmmakers Ezra Edelman, Daniel Battsek and ESPN about the films and the upcoming World Cup.

In the wake of the 1973 military coup in Chile, American-backed dictator Augusto Pinochet transformed Santiago’s National Stadium into a concentration camp where political opponents were tortured and assassinated.  Only two months later, that same stadium was scheduled to host a decisive World Cup qualifier between Chile and the Soviet Union.  Despite protests, FIFA’s own investigation, and the Soviets’ eventual boycott, the Chilean team still played the game as planned, qualifying for the 1974 World Cup on a goal scored against no one.

In the 1986 World Cup, Diego Armando Maradona redefined what is possible for one man to accomplish on the soccer field. Already a figure of notoriety, but with one failed World Cup behind him, Argentinian Maradona took possession of the international stage in Mexico, the spotlight rarely drifting from him as he wrote an indelible history with his feet and, of course, with a “hand from God.” Maradona ’86 is a fascinating, evocative, and operatic portrait, revealing Maradona’s inner complexity and contradictions while basking in the joy and passion of his performance on the pitch, as he wrote his name into soccer history forever.

Follows the career of three former American Gladiators and how they deal with the demands of the show, the injuries, and their personal lives.

Jim Kalafat was a tough kid from a small town in Montana who dreamed of playing for the NFL.  His prodigious skills as a linebacker led him all the way to the Los Angeles Rams, where he met fellow teammate Dan Clark.  After suffering career-ending injuries, the two best friends used their athleticism, broad smiles and gift for gab to become the muscular, ass-kicking, heartthrob stars “Laser” and “Nitro” on the hit ‘90s television show American Gladiators.  Joined by Mr. America 1989, Steve Henneberry, a.k.a. “Tower”, the three battle-scarred gladiators reveal what went on behind the scenes of one of the most popular syndicated “sports” shows in history.