Creators, futurists, coders, and storytellers alike will gather at the Festival’s new creative hub for an exciting lineup of tech-driven events and interactive installations. 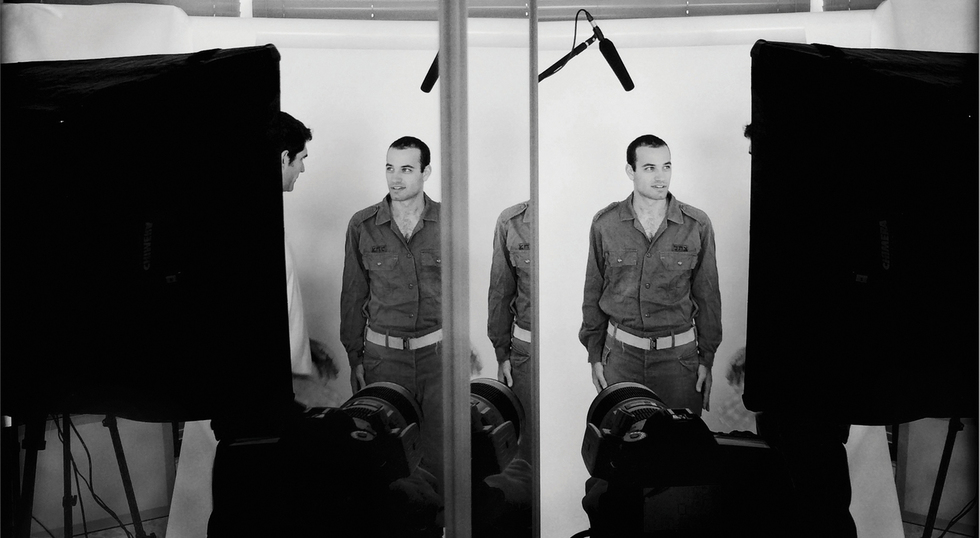 The future is coming to the 2015 Tribeca Film Festival, presented by AT&T, in the form of a completely immersive multimedia experience. This year, we’re proud to host the majority of our Innovation Programming at Spring Studios, our new downtown creative hub for festivalgoers, where filmmakers and creators will be able to interact and collaborate at every opportunity. Have no fear, the much beloved Storyscapes is back for its third edition of groundbreaking interactive installations presented in collaboration with BOMBAY SAPPHIRE® Gin.

The Festival will also provide a variety of experiential programs—covering a broad range of tech disciplines—including Stanford University’s Virtual Human Interaction Lab, founded by Jeremy Bailenson, which will team up with Worldviz LLC to create diverse VR experiences for Festival audiences.

In addition to a daylong TFI Interactive summit, an initiative of the non-profit Tribeca Film Institute with leadership support from the Ford Foundation, we’re pleased to offer a special edition of Tribeca Talks®: Imagination powered by The Hatchery, which will feature lively panel discussions with tech gurus such as Google’s Captain of Moonshots Astro Teller and AOL Chairman and CEO Tim Armstrong.

The best news is that it’s easy to take part in all of the action! Reservations for the free Storyscapes exhibition are open to the public beginning on April 6 at tribecafilm.com/storyscapes. To ensure seats at events like TFI Interactive and other Innovation events, audiences can now purchase our Spring Pass which serves as the gateway to all content and activities at Spring Studios during the festival, including the Artist Awards Gallery.

One project will be awarded The BOMBAY SAPPHIRE® Storyscapes Award, which recognizes groundbreaking approaches in storytelling and technology. The five Storyscapes interactive installations presented at this year’s Festival are:

To what extent are you being tracked? In this personalized documentary series about privacy and the web economy, creator Brett Gaylor will reveal what the web knows about you— that is if you share your data with him. From mobile phones to social networks, and personalized advertising to big data, this project shows how the modern web is increasingly a space where our movements, speech, and identities are being recorded.

"This is a labyrinth.” Find out what it means to be lost in an age of infinite information.

Using groundbreaking locative technology, this immersive documentary combines captivating storytelling with a visceral physical experience: feel your way into the the dark—blindfolded, shoeless, and alone— along a taut length of rope that leads to a vivid aural world of real people who have been profoundly lost. Your encounter with these characters takes you deep into their sensations, risks, and illusions. To find your way into the light you must surrender to the unknown.

Two combatants from opposite sides of a war observe each other. We are in the middle.

This project, at the crossroads of neuroscience, artificial intelligence, and storytelling, takes us on an extraordinary odyssey through some of the most contested conflicts in the world. In the first chapter you are immersed in a virtual reality gallery, moving between an Israeli, and a Palestinian soldier. Creator, Karim Ben Khelifa is a conflict photographer who is pushing his work a step further with this creative investigation of the limits of empathy.

Karen is an app that mixes together gaming, storytelling, and psychological profiling. Karen is a life coach and she’s happy to help you work through a few things in your life. As soon as you launch Karen, she will ask you some questions about your outlook on the world. As she becomes more and more curious, Karen starts to identify things about you that she shouldn’t know. Where exactly is this going to end?

The Machine To Be Another - Embodied Narratives
Project Creator: BeAnotherLab

BeAnotherLab will be presenting a series of Embodied Narratives that will allow you to inhabit the body and life story of another person, while interacting with artefacts from their life. Imagine the possibility of creating stories that can be felt through your own body as something real. For three years BeAnotherLab has been working with an extended community of researchers, artists, activists, and members of the public to create performance-experiments related to the understanding of the other and of the self.

On Wednesday, April 22, the Tribeca Film Festival® will host some of the most influential, provocative, and creative minds for an all-day summit that asks: what happens when our wildest dreams become reality and what that reality will be in our not-so-distant future? Experience the wonder and inspiration of new technologies, as tech’s thought leaders reveal what is just beyond the horizon through multisensory storytelling.

Additional invitations events during the Tribeca Film Festival include: