These 12 non-fiction stories from across the globe include timely exposés, compelling character studies, and true-life tales of passion in all its forms. 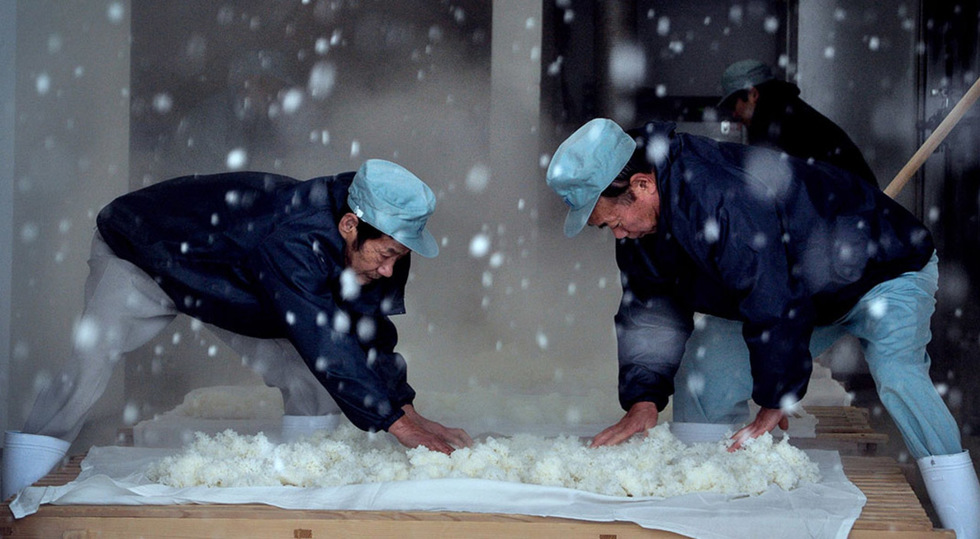 Ranging from fascinating investigations of culture and issues on a global scale to deeply personal stories that expose audiences to different perspectives on the human condition, these 12 exceptional films will contend for the World Documentary Feature Competition prizes at the 2015 Tribeca Film Festival, presented by AT&T, in 4 categories: Best Documentary Feature, Best New Documentary Director and Best Documentary Editing.

Reflecting the remarkable diversity of the Festival, these films delve into such far-ranging subjects as the struggle for democracy in Zimbabwe, Cuban drag racing, the art of sake making, the history of The New Yorker’s single-panel cartoon, and romance among autistic adults. Take a look at the World Documentary Feature Competition, sponsored by Santander Bank, N.A., below for more details:

What does it mean to love and be loved? With remarkable compassion, director Matt Fuller examines the reality of autistic adulthood and shows how the members of this often-misunderstood community cope with the challenge of keeping romance alive. Autism in Love is a celebration of accepting the differences in others, and in ourselves.

The Birth of Saké
Directed by Erik Shirai
(USA)—World Premiere

Traditional and labor-intensive, the production of Saké has changed very little over the centuries. Erik Shirai’s love song to the artisans who have dedicated their lives to carrying on this increasingly rare artform follows the round-the-clock process for six straight months, offering a rare glimpse into a family-run brewery that’s been operating for over 100 years. In Japanese with subtitles.

In the wake of Robert Mugabe’s highly criticized 2008 presidential win, a constitutional committee was created in an effort to transition Zimbabwe away from authoritarian leadership. With unprecedented access to the two political rivals overseeing the committee, this riveting, firsthand account of a country’s fraught first steps towards democracy plays at once like an intimate political thriller and unlikely buddy film. In English, Shona with subtitles.

Reforms have offered opportunity in Cuba but the children of the Revolution are unsure of the best route forward. For a half-dozen drag racers, this means last-minute changes to their beloved American muscle cars, as they prepare for the first sanctioned race in Cuba since 1960. Punctuated by a lively Cuban soundtrack, Havana Motor Club offers a fascinating glimpse at the resilience and ingenuity of the competitive spirit. In Spanish with subtitles.

After moving into his childhood home on Chicago’s South Side, Grammy Award–winning rapper Che "Rhymefest" Smith hesitantly sets out to reconnect with his estranged father, the man who abandoned him over twenty years ago. In My Father’s House is a stirring, multigenerational chronicle of Che's sincere but often-fraught journey to build a future for his own family by reconnecting with his traumatic past.

The Empire Builder is America’s busiest long-distance train route, running from Chicago to Seattle. Throughout these corridors sit runaways, adventurers, and loners – a myriad of passengers waiting to see what their journey holds. A touching and honest observation, co-directed by the iconic documentarian Albert Maysles, In Transit breathes life into the long commute, and contemplates the unknowns that lie at our final destination.

Indian Point Nuclear Power Plant looms just 35 miles from Times Square. With over 50 million people living in close proximity to the aging facility, its continued operation has generated controversy for the surrounding community. In the brewing fight for clean energy and the catastrophic possibilities of complacency, director Ivy Meeropol weaves a startling portrait of our uncertain nuclear future.

Taking bribes and making deals is as essential as being a good rider in the Palio, the world’s oldest horse race. Giovanni, a young jockey, is up to the challenge when he faces his former mentor on the track. What ensues is a thrilling battle with the intoxicating drama that is at the center of Italian tradition. In Italian with subtitles.

Until the late 1970s, the Pakistani city of Lahore was world-renowned for its music. Following the Islamization of Pakistan, many artists struggled to continue their life's work. Song of Lahore turns the spotlight on a group of stalwart musicians that kept playing and ultimately attracted listeners from around the world. In English, Punjabi, and Urdu with subtitles.

For the past two years, Ryan and Amy Green have been working on That Dragon, Cancer, a videogame about their son Joel's fight against that disease. Following the family through the creation of the game and the day-to-day realities of Joel’s treatment, David Osit and Malika Zouhali-Worrall create a moving testament to the joy and heartbreak of raising a terminally ill child.

Do you blame the technology or the person wielding it? With damaging reports of taser-related deaths at the hands of police officers, this conundrum spurs a carefully constructed argument that tasers are in fact lethal, discrediting claims by Taser International that stun guns save lives. Yet more than 17,000 police departments in the United States continue to use the electric rifle.

The New Yorker is the benchmark for the single-panel cartoon. This light-hearted and sometimes poignant look at the art and humor of the iconic drawings shows why they have inspired and even baffled us for decades. Very Semi-Serious is a window into the minds of cartooning legends and hopefuls, including editor Bob Mankoff, shedding light onto how their humor evolves.

The Festival will take place from April 15 to 26 at locations throughout downtown Manhattan and will open with documentary  Live From New York! an exploration of 40 years of American politics, tragedy, and popular culture through the comedic lens of "Saturday Night Live."