Here Are The 12 Films In The World Narrative Competition

The theme of self-discovery is evident in all 12 of the films selected for the TFF 2014 World Narrative Competition. 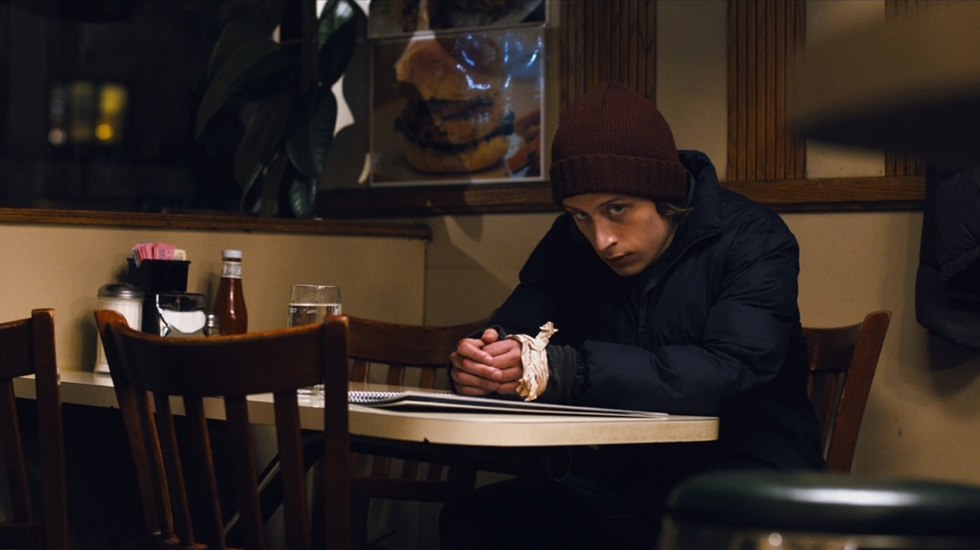 The 2014 Tribeca Film Festival, presented by AT&T, is pleased to announce the 12 films selected for the World Narrative Competition category. These films are an important component of the 2014 festival line-up that includes feature films from 32 countries, including 55 World Premieres, 6 International Premieres, 12 North American Premieres, 9 U.S. Premieres and 5 New York Premieres. A total of 102 directors will present feature works at the Festival, with 37 of these filmmakers making their feature directorial debuts. Among these directors, 22 are women. The 2014 film slate was chosen from a total of 6,117 submissions.

The theme of this year’s World Narrative Competition focuses on that ways that unique and powerful journeys of self-discovery resonate across international lines. Whether through large ensemble casts and multi-character structures, focused romantic relationships, or having real people play fictionalized versions of themselves, these films all portray characters going through intense moments of growth and self-realization—a collective experience. Films in this section compete in the following categories: Founders Award for Best Narrative Feature, Best New Narrative Director, Best Actor and Actress, Best Screenplay, and Best Cinematography.

These 12 features also reflect the universal power of film and storytelling that Tribeca celebrates in its competition. This year, Gabriel, written and directed by Lou Howe and starring Rory Culkin, will have the honor of opening the 2014 World Narrative Competition.

In the suburbs of Tbilisi, Georgia, seamstress Nutsa shares an apartment with her two young children and awaits the return of her husband, Goga, who has six years left on his prison sentence. With only rare visits and phone calls to connect with her husband, Nutsa faces difficult decisions about keeping the family together and maintaining her own freedom. In her first narrative feature, director Tinatin Kajrishvili captures an intimate look at love and absence, and a subtle indictment of the harsh Georgian penal system. In Georgian with subtitles.

A member of the notorious Bloods since he was 12 years old, Primo takes John, the son of a fallen gang member, under his wing, versing him in the code of the streets. Set amongst the streets of East New York, Five Star blends documentary and fiction as director Keith Miller (Welcome to Pine Hill) carefully eschews worn cliches of gang culture to offer a compelling portrait of two men as they are both forced to confront the question of what it really means to be a man.

Rory Culkin delivers an electrifying performance as Gabriel, a vulnerable and confused young man longing for stability and happiness. Convinced that reuniting with his old girlfriend will bring his dreams to fruition, Gabriel risks it all in a desperate and increasingly obsessive pursuit. First-time writer-director Lou Howe authentically portrays the heartbreaking reality of a young man battling his inner demons, establishing himself as an extraordinary new filmmaking talent.

After going down in the fifth round, boxer Bud Gordon bowed out of the limelight. Now residing in a fixer-upper apartment in New Jersey with his girlfriend, Bud longs for his former Manhattan glory. In an effort to get back in the game, he makes a deal with a crooked restaurateur. But quick schemes rarely bring easy pay-offs and as the consequences of his business negotiations unfold, Bud has to make a choice between his integrity and his aspirations. With Corey Stoll, Kelly Lynch and Billy Crudup.

Otto Wall is just a little unlucky in life, and unbeknownst to him, in love. When his wife suddenly asks for a divorce, he bounces between a search for answers, desperate attempts to stay connected to his daughter, and his fateful reentry into the dating pool. Junebug screenwriter Angus MacLachlan returns to the woods of North Carolina for this sharp and sensitive comedy starring Paul Schneider, Melanie Lynskey, Heather Graham, Anna Camp, Amy Sedaris, and Celia Weston.

A water balloon suddenly dropping from the sky exploding on a mother’s head in the frantic first moments of this striking debut feature, announces its director, Alonso Ruiz Palacios, as a bold new voice of Mexican cinema. Set amidst the 1999 student strikes in Mexico City, this coming-of-age tale finds two brothers venturing through the city in a sentimental search for an aging legendary musician. Shot in beautiful black-and-white, Gueros brims with youthful exuberance. In Spanish with subtitles.

In Paolo Virzì’s refined three-chapter tale, we begin at the end. Approaching a snowy night from three vastly different perspectives, the lives of two generations overlap as they tumble toward an ill-fated event that inextricably links them. Starring two of Italy’s leading actresses, Valeria Golino and Valeria Bruni Tedeschi, Human Capital twists love, class, and ambition into a singular, true-life story that exposes the consequences of valuing certain human lives over others. In Italian with subtitles.

If novelist Michel Houellebecq had indeed been kidnapped during his 2011 promotional book tour, this may have been the definitive documentary on the case. As a wild alternative, Guillaume Nicloux presents this work of complete fiction starring none other than Houellebecq himself. Playfully speculating on the explanation for Houellebecq's mysterious disappearance, this highly entertaining, farcical piece of cinema parallels the wry characteristics of its unique and ever-unconventional subject. In French with subtitles.

After running into a film producer eager to invest in a new project, aspiring writers Dominic (Michael Godere) and Raphael (Ivan Martin) need to come up with a script fast, so the pair head to the seclusion of upstate New York to churn out their masterpiece. But when Dominic’s siren of a sister (Marisa Tomei) turns up desperate for reprieve from her boyfriend (Sam Rockwell), they soon realize they’re in for more than they bargained for. Isabelle McNally and a hilarious Brian Geraghty round out this latest effort from director Adam Rapp.

When Sebastian meets Andreas for the first time, he knows they belong together. While Sebastian defies gender norms—flouting convention in his androgynous fluidity—straight-identifying Andreas becomes unable to accept his attraction to another man, as their relationship progresses. Struggling with his identity, Sebastian becomes increasingly determined to become “Ellie,” even if it means walking away from Andreas. Something Must Break brims with raw electricity as it explores questions of gender and sexuality with refreshing candor. In Swedish with subtitles.

Ryan Piers Williams directs and stars alongside America Ferrera, Amber Tamblyn  and Melonie Diaz in a character-driven drama centered around four restless New Yorkers, and their shifting sexual and romantic relationships as they search for a sense of intimacy and self-identity. As Mark, Jen, Sylvia, and Jake navigate through their emotionally-arrested states, X/Y reveals the honest and wanton desire we all have to connect with someone and what is at stake when that connection fades.

Filmmaker Talya Lavie steps into the spotlight with a dark comedy about everyday life for a unit of young female Israeli soldiers. The human resources office at a remote desert base serves as the setting for this cast of characters, who bide their time pushing paper, battling for the top score in Minesweeper, and counting down the minutes until they can return to civilian life. Amidst their boredom and clashing personalities, issues of commitment—from friendship to love and country—are handled with humor and sharp-edged wit. In Hebrew with subtitles.

Advance selection ticket packages and passes are now on sale for American Express Card Members, and go on sale Monday, March 10 for the general public. Go to our box office site for info on tickets, passes and ticket packages.