Francesca Panetta, a journalist for The Guardian, discusses using virtual reality as a tool for storytelling 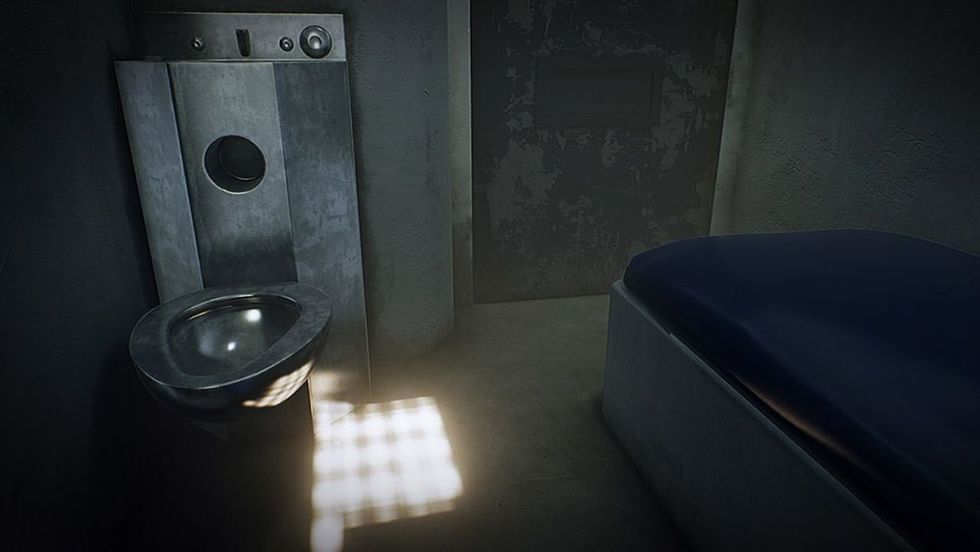 A still from 6X9: AN IMMERSIVE EXPERIENCE OF SOLITARY CONFINEMENT, created by Francesca Panetta and Lindsay Poulton

Virtual reality isn't just for traditional filmmakers. Case in point: Francesca Panetta, a journalist and "Special Projects" producer for The Guardian who has teamed up with co-producer Lindsay Poulton for 6x9: An Immersive Experience of Solitary Confinement. The project, which is coming to the Tribeca Festival Hub as part of the Tribeca Film Festival's Storyscapes program, addresses the immanent need for prison reform. Explains Poulton, "When I realized that more than 80,000 people in the US are currently in solitary confinement, experiencing severe sensory deprivation and psychological damage, I thought it was a story that had to be told."

The issue of solitary confinement is currently gaining exposure across the country, with a recent New York Times article laying out some of the most notable examples of art depicting the effects of U.S. prison conditions. The Guardian has been critical of the topic in its written pieces, but 6x9 enables users to relate to the prisoners' experiences in a more intimate and direct way. Pulling from seven original interviews conducted by Panetta and Poulton, 6x9's audio component offers the real voices of those who have been incarcerated in solitary confinement; it also immerses viewers in the true sounds of prison spaces, taken from footage shot by PBS for its Frontline documentary Solitary Nation, which Panetta considers "extraordinary."

Creating a rounded experience was vital for the 6x9's producers. To generate a visceral kind of empathy, Panetta and Poulton kept the narration as user-targeted as possible. "When you're in that space, you're the most important person, even if they’re stories are very sad and important," Panetta says. "This is your experience. I tried to concentrate on the prisoners telling me in second person about their experience, asking them, 'What would you tell me about what I would feel or see in solitary confinement?'" In one scene, the audio varies, depending on where the user is looking. 6x9 is somewhat of a hybrid; while some elements use straight documentary techniques, others are designed to reproduce the effects of blurred vision and dizziness in order to parallel the horrific, dehumanizing experience of confinement related in the prisoners' anecdotes.

Some of the former inmates heard on 6x9's soundtrack will even be in attendance at the Hub. "When people come out of the experience," says Panetta, "I want to introduce them to the prisoners, to whom they can ask questions." The hope is also to influence policy makers in Washington. "I'm creating a solitary confinement hub on The Guardian, with much more information. I've been working closely with Solitary Watch, so if you want to participate by giving money or writing letters to prisoners in solitary confinement, we will provide information there.”

Ultimately, the hope is that 6x9 provokes thought rather than delivers a stern message. "It's a fine line between campaigning or being an activist and journalism," says Panetta. "The Guardian is very clear on its position on solitary confinement. I wouldn't say this is a campaign piece. We don't have a call to action at the end. I see it primarily as a form of journalism. We're trying to help guide people to make their own decisions while being very clear on where we stand."