For our new Vine interview series, we talk to full-time Viner and #6SECFILMS shortlister Meagan Cignoli on the methods and inspirations behind her work - and her tips for succeeding with Vine. 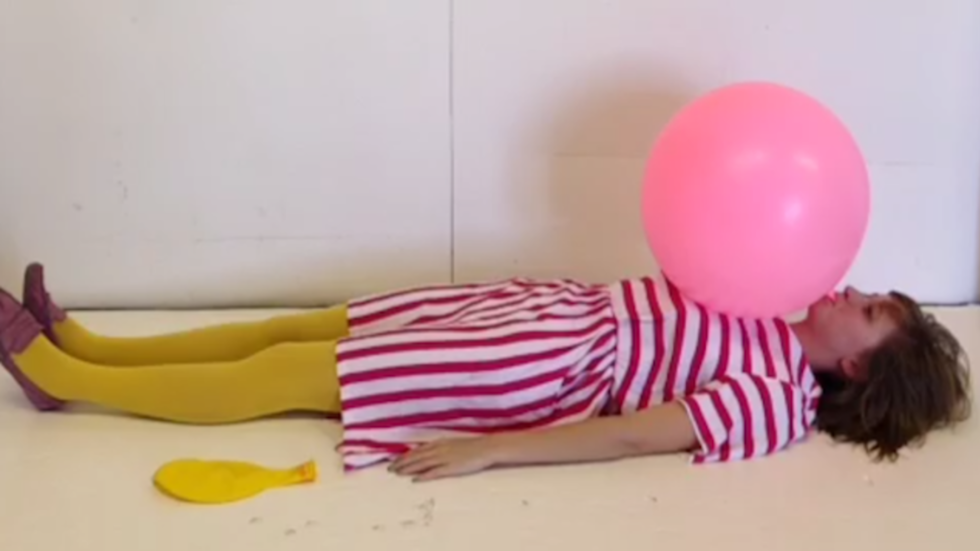 For the first installment of our new weekly interview series with expert Vine users, we talk to Meagan Cignoli, a photographer and director based in NYC. Meagan has worked with top brands, design houses and publications worldwide, and (twice!) made the shortlist for our TFF 2013 #6SECFILMS Vine Competition. Her Vines have been featured in the Wall Street Journal, Mashable, TechCrunch, AdAge, Fast Company, MediaBistro, The Telegraph, The New Yorker, and on CNN. Here, she talks about exploring this new medium.

Tribeca: For your entry in our our #6SECFILMS competition, you chose to use the Steve Martin quote, “Be so good they can’t ignore you." How has this quote influenced your own life as a photographer and filmmaker?

Meagan Cignoli: This quote means a lot to me. I love my work and put mega hours into it. Like everyone, I get down on my work sometimes. Thinking no one sees what we are made of. I tell myself, if you work hard enough and put out things that are beautiful, people can't ignore you forever! Just keep going! And I feel with Vine this has really happened for me. It's a completely new world and has it's own set of rules - such as the inability to edit. I think this has given me an opportunity to shine.

Tribeca: You have a very clean aesthetic with a penchant for pastels. What artists would you say inspired this look?

MC: Thank you! I'm glad you noticed. I do love color and color combining, specifically pastels. I always have. I'm not sure where I learned it; I think it's many years of trial and error and just watching visually everything I can get my eyes on. I can't think of one particular place that inspired it. I also love neon.

Tribeca: You’ve created Vines for companies such as Lowe’s. When did this hobby become an actual job for you?

MC: Vine became a job rather quickly, maybe 3 weeks after I joined Vine. The calls have not stopped coming and I am a full-time Viner right now.

The first company to contact me for Vine work was BBDO for Lowe's. That same week several other companies contacted me including Puma, French Connection, BMW, eBay Now, Macy's, Benefit Cosmetics, and some brands that I unfortunately cannot mention yet.

"I see it as if it is a photograph and then I move things around in the frame."

Tribeca: How much planning do you do before making a Vine? Or do you spend some time experimenting with camera angles/lighting/etc. until you form an idea? (Essentially, what’s your process usually like?)

MC: The planning for companies involves writing treatments for each Vine, possibly prop sourcing and creating the set, lots of phone meetings and in-person meetings.

For my personal Vines, I have a basic picture in my mind and I just try to animate it. I've been a photographer for 10 years so I can find my lighting and angles very quickly. Those that require cutting things out and taping them everywhere obviously take more time.

Tribeca: What’s the average amount of time you spend making a vine?

MC: I'd say 40 minutes to 2 hours generally. The eBay Now Vine I created with the boat and water took 14 hours.

"It's a completely new world and has its own set of rules - such as the inability to edit. I think this has given me an opportunity to shine."

Tribeca: Did you regularly make videos before Vine came out or did this spark a new interest for you?

MC: I did work on films before Vine, but this fits me much better. This is a series of still images. I see it as if it is a photograph and then I move things around in the frame.

Tribeca: Who are your favorite viners?

There are a lot of artistic Viners that no one is able to find right now.

MC: I would create categories rather than just one popular section. Popular Now is a great way to find dedicated content creators and people who are doing cool things. But it's impossible to find artistic Viners because they can't compete with the big comedians on there. If things were categorized it would be great for all kinds of people to shine and show what they are doing on there. I think Vine is great and they have done an amazing job with it. The only reason I would change this is because people need some reason to love a platform. Everyone wants to feel they have the ability to be seen and have some level of exposure. Hash tags help but there are a lot of artistic Viners that no one is able to find right now.

Julia Pugachevsky is Tribeca's Vine Correspondent (among other things). Check out her round up of the Week's Best Vines every Friday morning on TribecaFilm.com, and come back next Wednesday for another interview with an expert Vine user!