This week in our series of interviews with professional Vine creators, we talk to Yves Das about creating a trademark Vine style, establishing limitations to boost creativity, and starting a major Vine trend. 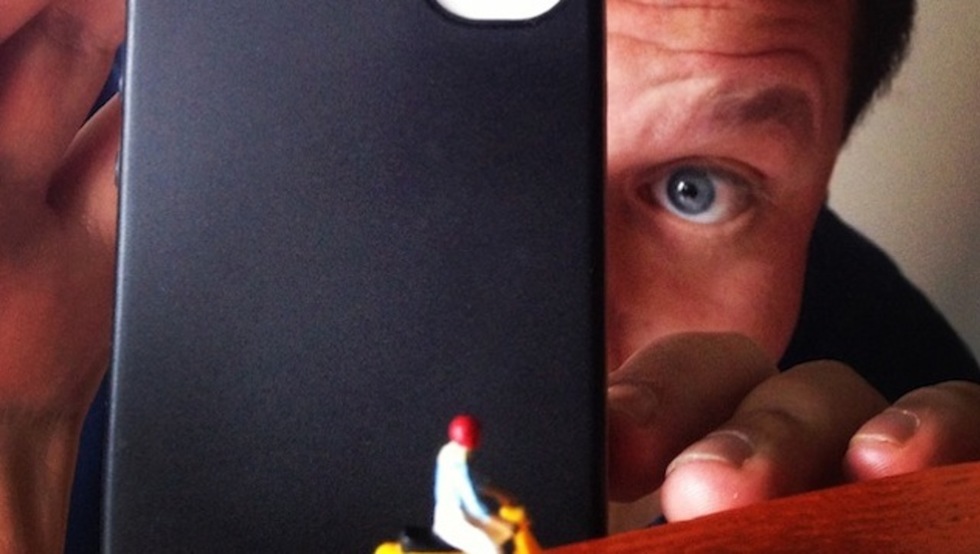 Yves Das, a video artist living in Ghent, Belgium, has been making online videos for over a decade, and considers Vine to be the perfect medium for him. Members of the Twitter and Vine community will know him as the mastermind behind Guido, a tiny Vespa rider whose travels amongst common household objects are anything but dull. Yves Das also started the #hugsformandela trend, featured here a few weeks ago, which encourages users to create special Vines for the iconic leader as he struggles with his health.

Yves's slogan "I drive my tiny Vespa through Vine" couldn't be more apt, and we were lucky enough to have him share the secrets behind his imaginative Vine creations:

Tribeca: All of your Vines involve a tiny man on a Vespa riding on household objects like keyboards, dinner plates and even melting ice cream. Does this carry any symbolic meaning for you?

Yves Das: Yes, the limitations built in the app -- the 6-second duration and the lack of fancy filters and music adds an enormous boost of creativity in producing online video content. I like that very much, so, on my personal account, I gave myself one extra limitation: to only create Vines with Guido and his tiny Vespa.

I experiment a lot, but I don't publish those Vines until the tests are good enough to use.

Tribeca: What’s your process for creating a stop motion Vine? How long does it usually take to make one? Do you experiment with lighting or camera angles along the way or do you have everything planned out to the last detail?

YD: The ideas for my Vines come spontaneously. I'm influenced by things in my house, my neighborhood, the media... Normally, it takes me one day to find all of the props, to install the set, to create the audio and finally record the Vine. I always plan things, like lighting, props and sound in detail. I do also experiment a lot, but I don't publish those Vines until the tests are good enough to use. Most of my Vines are one-angle Vines, because that works best to support the looping concept of Vine.

I discovered Vine in my spare time and I immediately fell in love with the app and saw lots of possibilities.

YD: Yes, I've been making videos for more than 12 years now. But I discovered stop motion on Vine. 12 years ago, I fell in love with video when I had the chance to work for the first internet television channel in Belgium. I was in charge of a platform where our viewers could participate by uploading their own videos. It was a great experience.

After working there, I started a project where creatives came together to produce content (video, radio, photo, editorial) and share it online. Now I work for a big full service advertising agency, named Pubmarket!, where I'm the video producer. I discovered Vine in my spare time and I immediately fell in love with the app and saw lots of possibilities.

Tribeca: You started the #hugformandela trend on Vine. What gave you the idea for it? And were you surprised by the feedback your Vine received?

YD: Mandela was admitted to the hospital, and that was big news. But after a few days, he became better, so I thought it would be funny to tell people Mandela got better by watching Vine videos. But then he got ill again and I felt the Vine community could give him a hug, via Vine, to make him feel better again. And that's what we did. I was surprised by the response and by the many creative ideas from Viners. Mandela is still alive so we guess he watched some of the Vines ;-).

If you want to know something, or do something, and you don't know how, collaborate.

Tribeca: What Viners/artists inspire you the most? Is there anyone you hope to collaborate with one day?

YD: There are so many Viners that inspire me, but there isn't enough space to list them. Thats why I put only a few here: Yelldesign, Daniel Ojantlava, Jethro Ames, Meagan Cignoli, thecupcakedude, 4Colors, GooRee, Vi and Vie and, in Belgium, Sammy Slabbinck & Hannelore Knuts (Belgium Newyork). If I had to choose one to collaborate with, it would be Pinot because he's a very creative mind, a true artist, and a very nice person.

Tribeca: Now that Instagram video is an option, do you plan on experimenting with the new app?

YD: I'm a huge fan of Vine and its looping videos. But I recently started my own business and some of my clients already want to do some Instagram Videos. So now I'm experimenting with Instagram too. To be continued!

YD: Just install the app, start Vining and find your own way by trial and error. If you want to know something, or do something, and you don't know how, collaborate. Watch Vines as much as possible so you can feel what's going on on the platform.

Julia Pugachevsky is Tribeca's Vine Correspondent (among other things). Check out her round up of the Week's Best Vines every Friday morning on TribecaFilm.com, and come back next Wednesday for another interview with an expert Vine user (and see last week's, with Frank Danna).