We asked Vine's King of Horror to share his favorite scary Vines for Halloween. Here's his spine-tingling top 5. 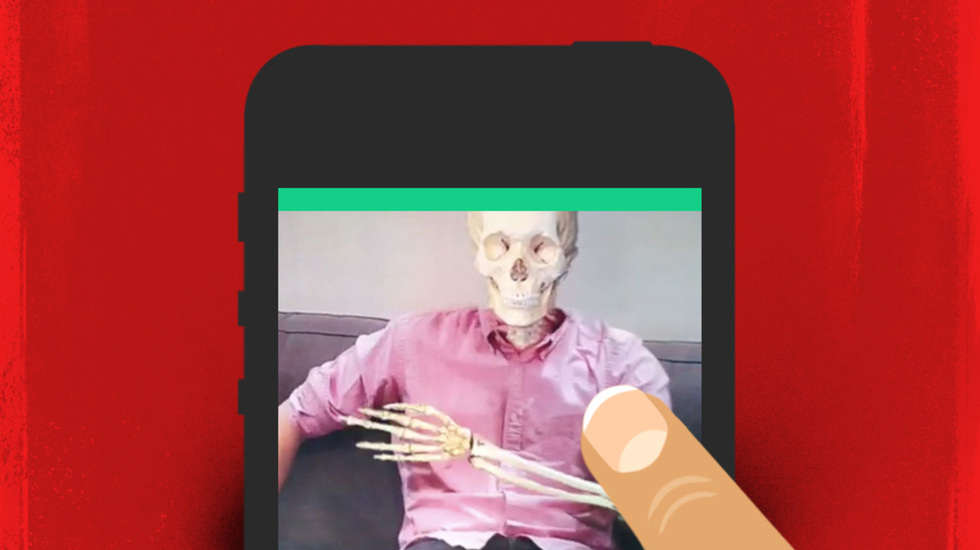 @MattSwinsky, the King of Horror on Vine, graciously shared his own favorite terrifying Vines with us in honor of Halloween, as well as a few of his own. Enjoy!

Jess was one of the original people I started following because she has a very dark side to her Vines, which I admire.
"~ R O T ~" by @j_e__s___s


Adam Goldberg was my inspiration behind making horror Vines. Although his are more thriller and suspense, he was the originator of utilizing Vine as a means to make a short film within six seconds. If you go watch his old work they are unsettling.
"Come on in (iv): I'm Starting to feel..." by @Adam Goldberg

I don't think Keelay posts on Vine anymore, but every one of his videos are great - and slightly disturbing.
"FACE/OFF." by @Keelayjams

This girl just had a photo ready smile for The Walking Dead.
"I'm part zombie." by @Gooj

John Bergin is really underrated and you can tell he puts a lot of time into making his suspenseful horror series.
"WELDER. [4]" by @John Bergin

I've always been slightly creeped out by people crawling fast, running fast, or staggering towards you.  I think that goes for most people.
"Slightly unhinged."

It's easy to scare yourself when you're home alone, especially when you imagine things that are not actually there.
"Major #Lazer."

Although this one is not as scary, it was an early Vine featuring Lazer and was probably one of the most difficult to film to date.
"Sunny day for a grizzly."

Stereoscopic imagery has a slightly sinister feel to it when you have a machete wielding Lazer walking towards the camera after lynching Lindsey near the beach.
"Lazer lynches Lindsey."

Children are just plain unnerving, especially if they are out of control. So a school bus full of masked kids with laughter at night time seemed like a good idea for a short bus horror Vine.
"Lazer picks up his little darlings."