Voice actors are using the #PerformanceMatters hashtag to demand fair pay from video game publishers who pay out huge contracts to celebrities. 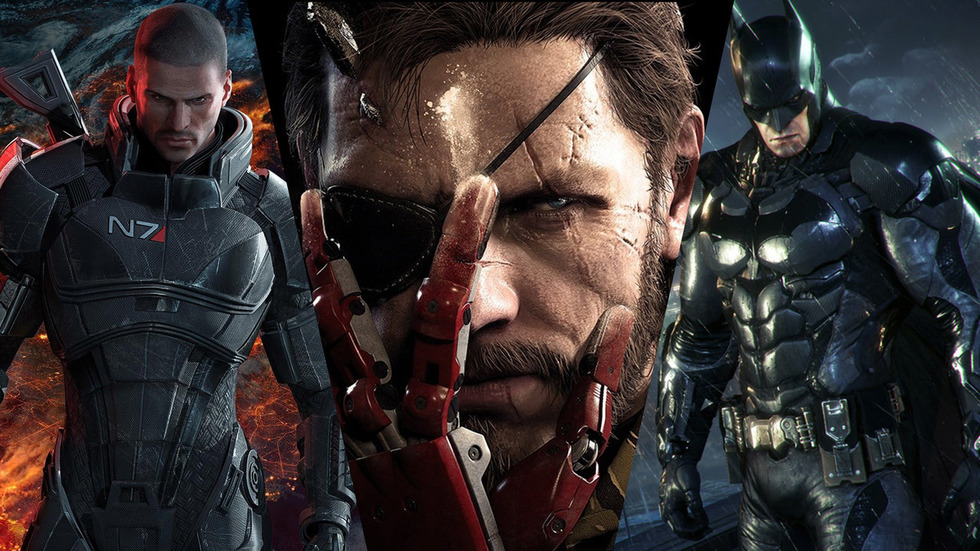 Solid Snake. Commander Shepard. For video game fans, those names are as iconic as Michael Corleone is to a film fanatic. But the performers behind those video game characters say they have a problem that Al Pacino never had to deal with: a lack of proper compensation and respect for their work.

The voice actors behind popular video game series like Mass Effect, Metal Gear Solid, and others are speaking out on Twitter under the hashtag #PerformanceMatters this week as their union, SAG-AFTRA, threatens a strike if their demands are not met.

The union has been negotiating a new contract with major video game publishers like Activision and Electronic Arts since February. SAG-AFTRA is seeking better performance bonuses and royalty payments for its actors, as well as greater transparency and higher pay for vocally stressful work. The demands are outlined in full on the union's website. Union members have been voting on the potential strike since Sept. 16. The vote closes Oct. 5. If a strike occurs, actors in the union will be forbidden from working on games as the union re-negotiates.

"We in the voice acting community - along with the programmers and engineers, of course - have helped video games grow into a multi-billion dollar industry"

The treatment of voice actors has been a hot topic in the video game industry for a while now. Over the last decade, video games have become more and more mainstream and generated billions of dollars in revenue for video game publishers. But most video game voice actors typically work on a contract that only pays a few hundred dollars per hour, if they're lucky. Many will get little to nothing after the lines are recorded, which is something that the union is quick to point out is unique to interactive performers.

"Over and over, interactive performers have identified a backend bonus as a top concern," the FAQ for the potential strike reads. "There is ample precedent for secondary payments across the media landscape. You get secondary payments when you perform in feature films, animation, episodic TV, commercials and the like."

Adding salt to the wound for many professional voice actors is the fact that some of the same game publishers who are currently being tough in negotiations have had no problem opening the purse strings in order to get big name celebrities to appear in their video game. Sure, most reviews state that Kiefer Sutherland did a great job as the voice of Snake in the recently released Metal Gear Solid V, but most fans will tell you that Snake's previous actor, David Hayter, was just as good over the previous 15 years that he voiced the part.

Hayter was one of the actors to speak out on Twitter yesterday.

Hayter was joined on the trending topic by a number of other well-known voice actors, both in and outside the gaming industry, including Jennifer Hale of Mass Effect, Bioshock Infinite, Star Wars: Knights of the Old Republic:

Nerd icon Wil Wheaton took things a step further with a lengthy blog post outlining why he supports a strike. Wheaton, who in addition to his voice acting in games is known for his work on television including Star Trek: The Next Generation and The Big Bang Theory, said it's not just about the money.

Wheaton pointed out that work conditions for voice actors can sometimes be grueling or even dangerous, with roles requiring them to shout lines repeatedly until their voice is shot for the rest of the day, or take on complicated motion capture stunts without the help of a stunt coordinator.

"We in the voice acting community - along with the programmers and engineers, of course - have helped video games grow into a multi-billion dollar industry," he wrote. "Video games rival movies not because we push buttons and get loot, but because video games tell amazing stories that touch our lives in ways that movies can not."

"I sincerely hope that our employers will come to the negotiating table and talk with us in good faith, to reach an agreement that's fair, Wheaton concluded. "But if they won't, I'll go on strike unless and until they will, because I believe that #PerformanceMatters."