What It’s Like To Volunteer At The Tribeca Festival

A former festival volunteer reflects on the stories and strength she witnessed in New Yorkers at the Tribeca Festival over the years. 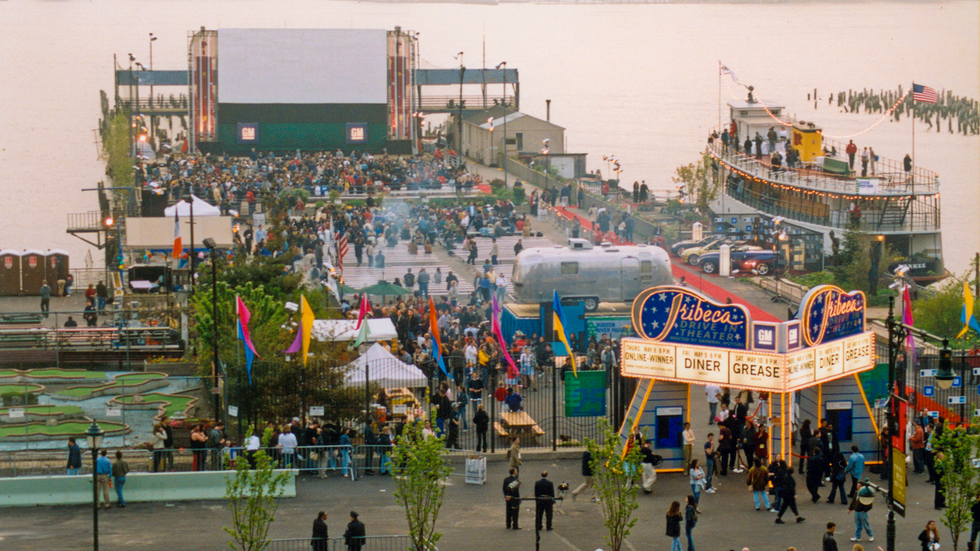 Back in 2009, while I was studying at New York University, I began volunteering at the Tribeca Festival. It was one of the first times I spent extended periods of time talking to cinephiles who weren’t college students. They were professors, accountants, teachers, actors, writers, and city government employees.

It was a joy to admit guests to the theaters for each showing. You can attribute my broad smile and air of confidence to my parents, whose graciousness at dinner parties I found a template for working cultural events. The audience was, in a way, coming to my festival. Sure, I wasn’t Robert De Niro or Jane Rosenthal, but I had a hand in its execution. I loved it when people asked me questions about the movies scheduled in the festival, because I always knew the answer, and when I didn’t, I loved saying, “I don’t know, but I’ll find out.” I’d nip off to find the answer, and I always found it.

I remember keenly the audience for Burning Down the House, a terrific documentary about the historic downtown club CBGB. The Q&A after the film’s premiere, for which I (thrillingly) got to ferry the mic from audience member to member, was a kaleidoscopic view of Manhattan in the 1980s. There were middle-aged New Yorkers, dressed in all black, wrinkles practically embossed into their sagging skin, whom I totally believed when they said they’d gone to CBGB every night.

Like most extroverts, I am a fundamentally lonely person, and every exchange with a festival attendee was a gift. I remember the elderly women who had passes for the whole festival, because that’s what they’d done to support Tribeca since it first began as an effort to revitalize the neighborhood after 9/11. I remember the Indian kids, with their stockbroker dad, giggling and eager to watch The Kite set in Ahmedabad. I watched In the Loop, Black Dynamite, and My Last Five Girlfriends back to back to back and felt certain heaven felt like this. After watching (and drooling over) Jiro Dreams of Sushi, I had a sidewalk conversation with a food writer, his wife, and their best friends about (duh!) sushi. I passed tissues to a young woman sobbing during Last Night, a film about romance and jealousy in the Big Apple that I still return to.

The 2021 feature lineup — 66 films from 23 countries, from emerging and established filmmakers alike — promises to tell equally powerful stories when the festival kicks off on June 9, 2021. (Click here to see the full list.) There’s a reason screenwriters wreak havoc on New York City with aliens and other imaginative storylines on screen, I think. New York is continually tested because the city cannot be defeated, and its response to COVID-19 is a real-life testament to the grit and resilience of its community.

The Tribeca Festival celebrates its 20th anniversary this June and closes out the New York Arts Revival program, a statewide effort to revitalize the arts and culture industry in the wake of the pandemic. With outdoor screenings and socially distanced venues, this year’s festival brings live events back to New Yorkers. Maybe the conversations at the screenings this year will take place from six feet away, with everyone in a mask. Maybe instead of tchotchkes, there will be hand sanitizer stations. We will be slightly further apart, more careful, more watchful. But we will still be together, and that’s the magic of it all. Passes are on sale now; click here to join us.