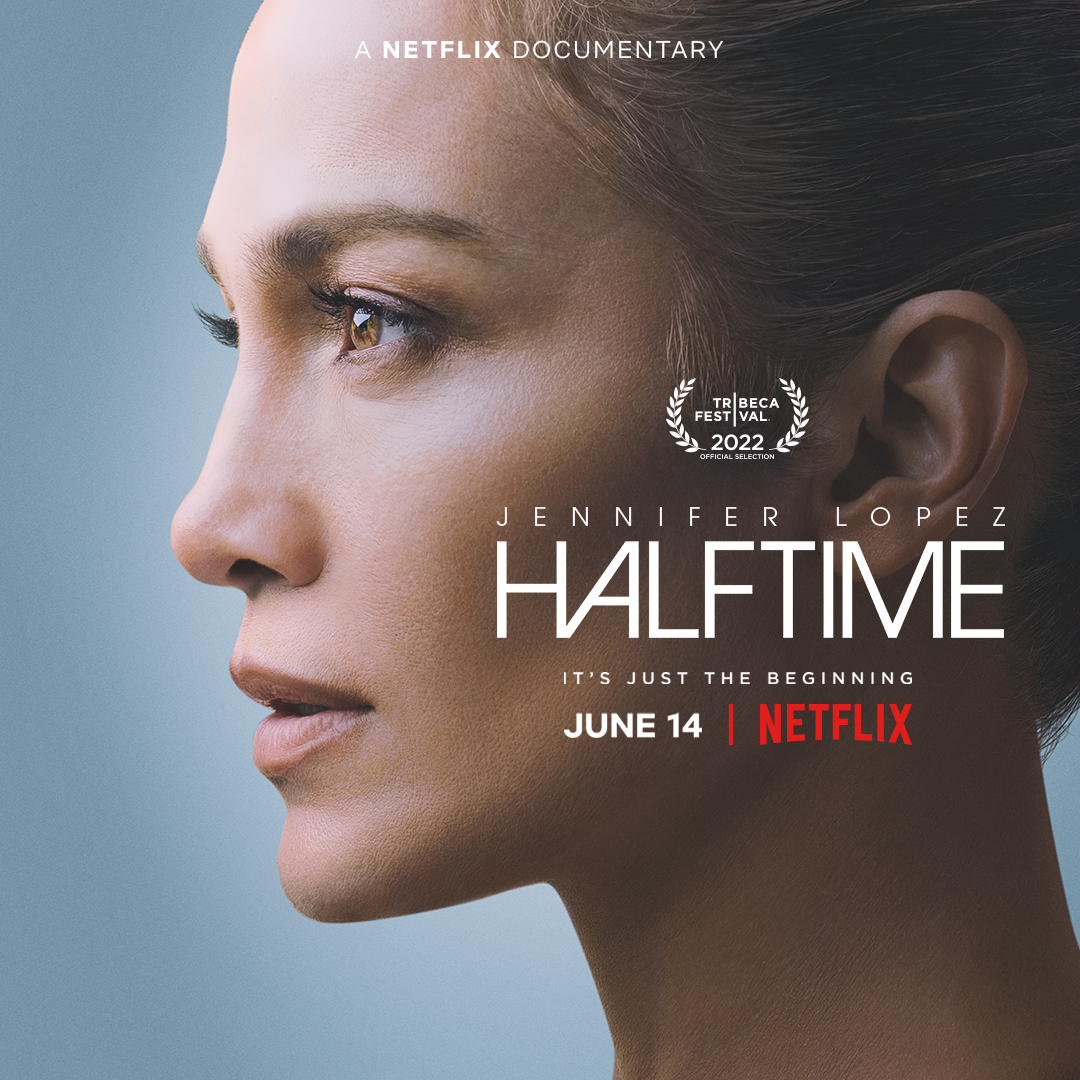 NEW YORK – April 13, 2022 – The 2022 Tribeca Festival™ will kick off on Wednesday, June 8 with the world premiere of “HALFTIME,” a new Netflix documentary film by director and Tribeca Alum Amanda Micheli that follows global superstar Jennifer Lopez, as she reflects on her milestones and evolution as an artist, and navigates the second half of her career continuing to entertain, empower, and inspire. Tribeca will host the film’s premiere at the United Palace in Washington Heights in upper Manhattan, a stone’s throw away from her beloved Bronx, before it debuts on Netflix on June 14.

“HALFTIME” offers an intimate peek behind the curtain revealing the grit and determination that makes Jennifer Lopez the icon she is, from her performances onscreen and on stages around the world, to her Super Bowl Halftime show, to the recent Presidential inauguration. The documentary focuses on an international superstar who has inspired people for decades with her perseverance, creative brilliance, and cultural contributions. And it's only the beginning. “HALFTIME” serves as the kickoff to the second half of Lopez’s life, as she lays bare her evolution as a Latina, a mother, and an artist, taking agency in her career and using her voice for a greater purpose.

“It’s an honor to be selected for the opening night of Tribeca, and so fitting to be celebrating this critical milestone in Jennifer’s life and career just miles from where she grew up! To have the opportunity to share this film on the big screen with a New York audience is a dream come true,” says director and Tribeca Festival Alum Amanda Micheli.

“The Tribeca Festival has always been an activist festival — a celebration of entertainment and innovation in the midst of remarkable challenges. We’re thrilled to open with ‘HALFTIME,’ an inspirational documentary that spotlights Jennifer Lopez’s activism through her iconic Super Bowl halftime show,” says Tribeca Festival Co-Founder and Tribeca Enterprises CEO Jane Rosenthal. “Tribeca is proud to feature a wide selection of diverse programming that reflects our commitment to equity and inclusion, and we’re eager to premiere this beautiful exploration of JLo’s Latina culture and heritage at the United Palace, just blocks away from the Bronx.”

“Powerful storytelling — whether in music, film, or games — encourages us to fight for universal values that bind humanity together. ‘HALFTIME,’ featuring Jennifer Lopez, reminds us of that,” says Tribeca Festival Co-Founder Robert De Niro. “The Tribeca Festival is eager to bring audiences from all over the world together to honor the importance of purpose-driven creative expression.”

Media interested in covering the festival may submit a press credential application on Tribeca’s press site. The deadline to apply is Friday, May 6, 2022.

Tribeca is proud to partner with City National Bank, the official bank of the Festival.