INCLUDES WORLD PREMIERES AND NEVER-BEFORE-PLAYED DIGITAL DEMOS FOR FANS ACROSS THE WORLD, AND IN-PERSON DEMOS ACROSS NEW YORK CITY 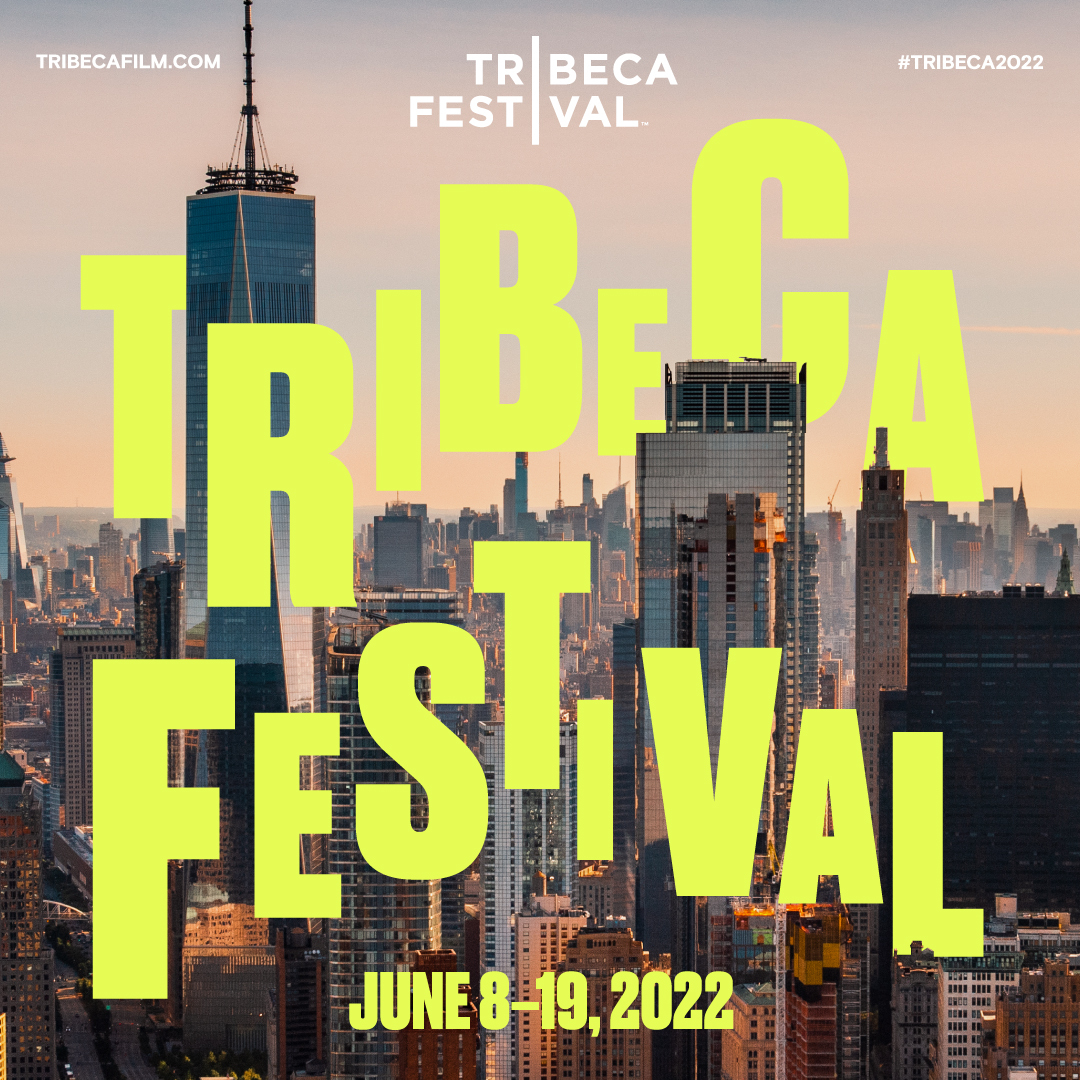 NEW YORK – (April 26, 2022) – The 2022 Tribeca Festival™ today unveiled its official Games selections, which celebrate the convergence of games, entertainment, and culture. This year’s lineup features nine titles that demonstrate phenomenal storytelling, art, and innovation through interactive experiences. Each selection will vie for the Tribeca Games Award, which honors an unreleased game for its excellence in art and storytelling through design, artistic mastery, and highly immersive worlds.

The games program features the world premieres of Immortality, an interactive trilogy in which players can explore the legend of Marissa Marcel, a film star who disappeared, through her work; OXENFREE II: Lost Signals, the mind-bending follow up to the critically acclaimed narrative adventure OXENFREE, from Night School Studio; and Cuphead - The Delicious Last Course, another helping of classic Cuphead action with new weapons, magical charms, and more.

“This year’s selections represent the incredible range of how games prove to be a powerful form of storytelling,” said Vice President of Tribeca Games and Immersive Casey Baltes. “We’re continuing to expand how audiences and players interact with games, not only as entertainment but as one of the most impactful cultural mediums.

From June 11-19, the Tribeca Festival once again offers digital experiences for global audiences powered by Parsec. Those able to join the Festival in person this year will be the first to experience a playable Games Gallery featuring demos, art, and artifacts for this year’s selections, hosted at Tribeca Festival’s hub, Spring Studios (50 Varick Street).

Additionally, the Tribeca Games Spotlight, an online showcase of this year’s official selections, features never-before-seen footage and interviews from the creators of the official sections as part of the Summer Game Fest — a free, all-digital global celebration of video games streaming online. Games fans across the globe can tune in on June 10 at 3pm EDT via Tribeca’s website, major streaming platforms, and summergamefest.com.

The 2022 Tribeca Festival Games Official Selections are as follows:

American Arcadia, (Spain, Greece, Brazil) - World Premiere. Welcome to Arcadia! A 70s retro-futuristic metropolis where all of its citizens enjoy a life of luxury and comfort… unaware that they’re being broadcast live 24/7! Arcadia is not an ordinary city, but the most-watched reality show on the planet—where a drop in popularity ratings comes at the highest cost: death. Uncover the truth and escape with your life from a televised utopia in Out of the Blue’s brand new puzzle platformer game.
Developer: Out of the Blue Studios
Publisher: Raw Fury

As Dusk Falls, (United Kingdom) - World Premiere. As Dusk Falls is an original interactive drama from INTERIOR/NIGHT that explores the entangled lives of two families across thirty years in small-town Arizona. Starting with a robbery-gone-wrong, the choices you make will have a powerful impact on the characters’ lives in this story of betrayal, sacrifice, and resilience.
Developer: INTERIOR/NIGHT
Publisher: Xbox Game Studios

The Cub, (Serbia, United States, Poland) - World Premiere. Welcome to Earth after The Great Climate Catastrophe, where only the ultra-rich managed to evacuate to Mars. Decades have passed and those on Mars venture back to Earth to collect specimens like a safari hunt. As the Cub, a mutant orphan immune to the toxins that killed off most of humanity, players will be relentlessly hunted by a science expedition and must run to safety amongst the ruins of Earth. Featuring an original soundtrack program, Radio Nostalgia from Mars.
Developer: Demagog Studio
Publisher: Untold Tales

Immortality, (United States) - World Premiere. Marissa Marcel was a film star. She made three movies. But none of the movies were ever released. And then Marissa Marcel disappeared. After discovering rare footage from her three lost movies — Ambrosio (1968), Minsky (1970) and Two of Everything (1999) — award-winning Game Director Sam Barlow (Her Story, Telling Lies) has assembled an interactive trilogy in which players can explore the legend of Marissa Marcel through her work.
Developer and Publisher: Half Mermaid

A Plague Tale: Requiem, (France) - World Premiere. This direct sequel to A Plague Tale: Innocence follows Amicia and her brother Hugo on a heartrending journey into a breathtaking, brutal medieval world twisted by supernatural forces as they discover the cost of saving loved ones in a desperate struggle for survival. Strike from the shadows or unleash hell, and overcome foes and challenges with a variety of weapons, tools, and unearthly powers. A Plague Tale: Requiem will be released in 2022 on consoles and PC.
Developer: Asobo Studio
Publisher: Focus Entertainment

Thirsty Suitors, (United States) - World Premiere. Jala is a young woman returning home for her sister’s wedding and confronting her past. With wildly varied gameplay, Jala will fight skate punks, random suitors, and ultimately, her exes, in the ultimate battle to heal old hurts and ignite new truths, bringing Jala closer to understanding what she wants from her future. Can she learn to love herself and heal the wounds of her past?
Developer: Outerloop Games
Publisher: Annapurna Interactive

Venba, (Canada) - World Premiere. Venba is a narrative cooking game centered around an Indian mom who immigrates to Canada with her family in the 1980s. Players will cook various dishes, restore lost recipes, engage in branching conversations, and explore a story about family, love, loss, and more.
Developer: Visai Games

In addition to Festival Laurels, the winner of the Tribeca Games Award will receive artwork by a comic illustrator and cover artist from AWA (Artists, Writers & Artisans).

As previously announced, the Tribeca Festival kicks off on June 8 with the world premiere of Halftime, a Netflix documentary by director and Tribeca alum Amanda Micheli that follows global superstar Jennifer Lopez, as she reflects on her milestones and evolution as an artist. Tribeca 2022 closes on June 18 with the world premiere of Loudmouth, a documentary written and directed by Josh Alexander that puts a disruptive spotlight on Reverend Al Sharpton, who has been at the center of the national conversation around race since the late 1980s.

Other Festival highlights include the mid-season premiere of the final season of AMC’s Better Call Saul with Bob Odenkirk, Rhea Seehorn, Giancarlo Esposito, and Jonathan Banks; the world premiere of Untrapped: The Story of Lil Baby, a feature documentary from director Karam Gill about Lil Baby’s transformational journey from local Atlanta hustler to one of hip-hop’s biggest stars and pop culture's most important voices for change, followed by a special performance; and live world premiere and conversation with the cast and creators of USG Audio’s The End Up, a podcast series about a tilted near-future where terminal cancer patients who wish to end their suffering must attend a weeklong boot camp starring Himesh Patel, Marianne Jean-Baptiste, Merritt Wever, and John Reynolds.