Series kicks off on April 7th in New York with the world premiere of the Mercury Studios and Saboteur Documentary: Mixtape

Premiere event will include a special performance by Jadakiss

Tickets On Sale Now at Tribecafilm.com 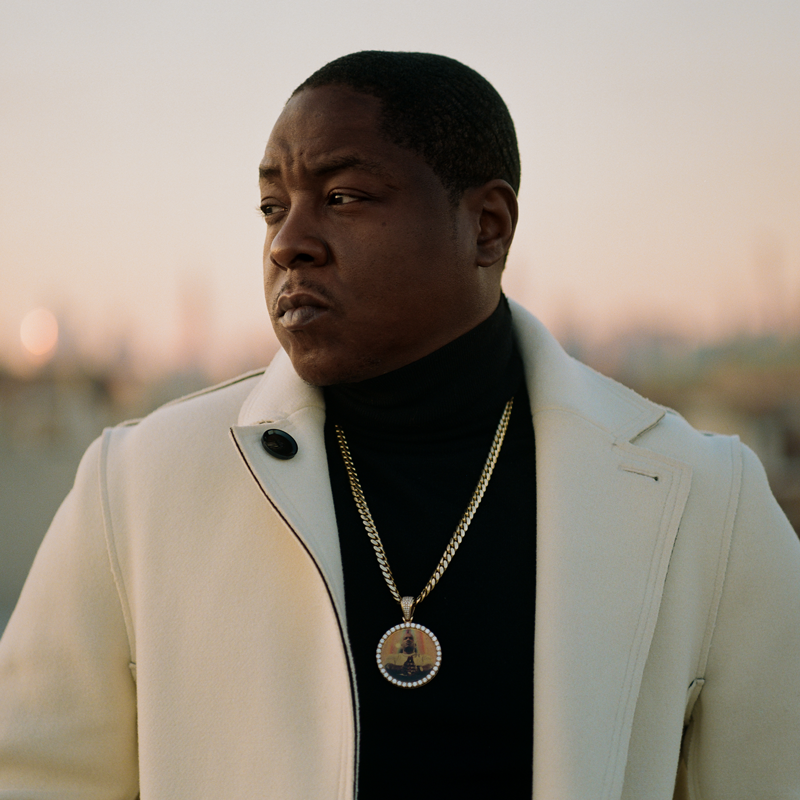 NEW YORK – March 1, 2021 – Tribeca Enterprises and Universal Music Group for Brands (UMGB), the brand strategies division of Universal Music Group (UMG), today announced a new partnership that will unite them for a series of music-driven events taking place throughout 2022. The series will consist of six exclusive events around an array of new film, television and podcast projects from UMG’s Mercury Studios, Polygram Entertainment and record labels.

The series will open with the world premiere of the new feature documentary from Mercury Studios, Mixtape, which will include a live performance by legendary rapper Jadakiss. The premiere event will take place Thursday, April 7, at The United Palace theater in Washington Heights in New York City. The event is made possible with support from Rémy Martin, which historically has shined a light on music excellence, and continues to amplify moments of success in presenting the world premiere of Mixtape.

Produced by Mercury Studios and Saboteur Meida in association with Def Jam Recordings, Mixtape tells the story of mixtape culture and its role in spreading hip-hop around the world. This is a film about the outlaw DJs who, for the love of the music, turned a criminal enterprise into a creative and commercial backbone of the music business. Mixtape is the story of hip hop refusing to take no for an answer. The culture was too strong to be stopped, and the artists were too talented to be ignored – so they turned the sub-culture into the mainstream, and spread hip hop around the world. Directed and produced by Omar Acosta (Stretch and Bobbito: Radio That Changed Lives), the film features music icons A$AP Rocky, Brucie B, Bun B, CeeLo, DJ Clue, DJ Drama, DJ Whoo Kid, Doo Wop, Fat Joe, 50 Cent, Funkmaster Flex, Jadakiss, Jeezy, Kid Capri, KRS-One, Lil Wayne, Angie Martinez, Mister Cee, Tony Touch, 2 Chainz and more. Nick Quested, David Kennedy, “Mix Tape King” Tony Touch and Daniel Seliger produce, alongside executive producers Paul Rosenberg and Barak Moffit.

Def Jam Recordings will also release a new soundtrack/mixtape, and the movie will feature a vérité of the soundtrack recording sessions.

“Music has always been an integral part of Tribeca, from the live performances to the countless music docs we’ve celebrated at the Festival,” said Jane Rosenthal, founder and CEO of Tribeca Enterprises. “This unique series of events aims to highlight the true power of music and underscores Tribeca's ongoing commitment to year round programming – plus we get to team up with our friends at UMG!”

“This new partnership between UMGB and Tribeca demonstrates how two entertainment-driven brands can elevate new levels in storytelling through a joint music and film experience,” said Richard Yaffa, Executive VP, Global Head of UMGB. “We’re excited to create these opportunities for artists, creators and partners within UMG’s ecosystem to showcase their stories through this unique partnership with the Tribeca Enterprises community.”

"It's only fitting that Mixtape will have its World Premiere in New York City, the birthplace of hip hop,” said director Omar Acosta.  “Mixtape has been a labor of love, and the culmination of hard work and inspired collaboration with incredibly talented artists, both in front of and behind the camera. To think this project started as a conversation between myself and Tony Touch, to now having a world premiere in conjunction with Tribeca at the legendary United Palace Theater, is a testament to the power of hip hop, and the impact mixtapes have had on our culture. I can't wait to share this project with everyone on April 7 in New York City.”

For more information on Tribeca x UMGB and to purchase tickets for Mixtape, featuring a live performance by Jadakiss, visit Tribecafilm.com/mixtape.

About the Tribeca Enterprises
Tribeca Enterprises is a multi-platform storytelling company, established in 2003 by Robert De Niro & Jane Rosenthal. It provides artists with unique platforms to expand the audience for their work and broadens consumer access to experience storytelling, independent film, and media. The company operates a network of entertainment businesses including the Tribeca Festival; the Tribeca TV Festival; its branded entertainment production arm, Tribeca Studios; and creative production company, m ss ng p eces. In 2019, James Murdoch’s Lupa Systems bought a majority stake in Tribeca Enterprises, bringing together Rosenthal, De Niro, and Murdoch to grow the enterprise.

About Universal Music Group for Brands:
Leveraging the power of music and culture to accelerate business, UMG for Brands offers a unique global approach to making brands culturally relevant and brand marketing, with teams in 74 countries. Whether a brand is looking to shift perception, reach a new generation, boost sales or build loyalty; UMG for Brands helps define a brand’s authentic voice in culture. Recent CLIO and Cannes Lions wins are a testament of the true synergy that can be achieved between culturally relevant artists and brands.

About Mercury Studios
Mercury Studios is a full-service production studio, originating, investing in, producing, selling and distributing scripted, unscripted, and live content. Editorially independent and powered by Universal Music Group, Mercury Studios have the largest catalogue of music-related content in the world.