NEW YORK – May 26, 2021 – The 2021 Tribeca Festival™, presented by AT&T, announced today the World Premiere of its Closing Night film at New York City’s iconic Radio City Music Hall on Saturday, June 19 as part of Tribeca’s 12-day celebration to re-open New York and bring live entertainment back to the city. The untitled Pilot Boy Production documentary is produced by Dave Chappelle and produced and directed by Oscar and Emmy-winning filmmakers Julia Reichert and Steven Bognar (American Factory). The film takes a glimpse into the challenges facing a rural village in Ohio during the early days of the pandemic, the emotions erupting across the nation following the Black Lives Matter movement, and the remarkable leadership of the town’s youth who started weekly marches and rallies.

“Premiering our film at Tribeca and closing out the festival at Radio City Music Hall is a big honor,” said Chappelle. “Our film is about courage and resilience, something New Yorkers can relate to.”

Fueled by the murder of George Floyd, shut-in by the closures of business and unable to perform around the country, the movie follows Chappelle as he provides the community he calls home with two things desperately needed in difficult times – economic and comic relief. What began as an experimental socially-distanced live comedy show in a neighbor's cornfield, grew into an unforgettable summer with his neighbors, friends and fellow comedians. Ultimately, Chappelle’s cornfield concerts would serve as a model of courage not just for his community, but for the entire live entertainment industry.

“This extraordinary documentary is the most fitting to close this historic night at Radio City Music Hall and our 20th Festival,” said Jane Rosenthal, Tribeca Enterprises and Tribeca Festival Co-Founder and CEO. “We're huge fans of Dave’s ability to make us laugh and this poignant story provides us with another look at his unique talent to bring people together and the grand re-opening of a fully-vaccinated Radio City after 18 months.”

Check out the first exclusive images of the film: 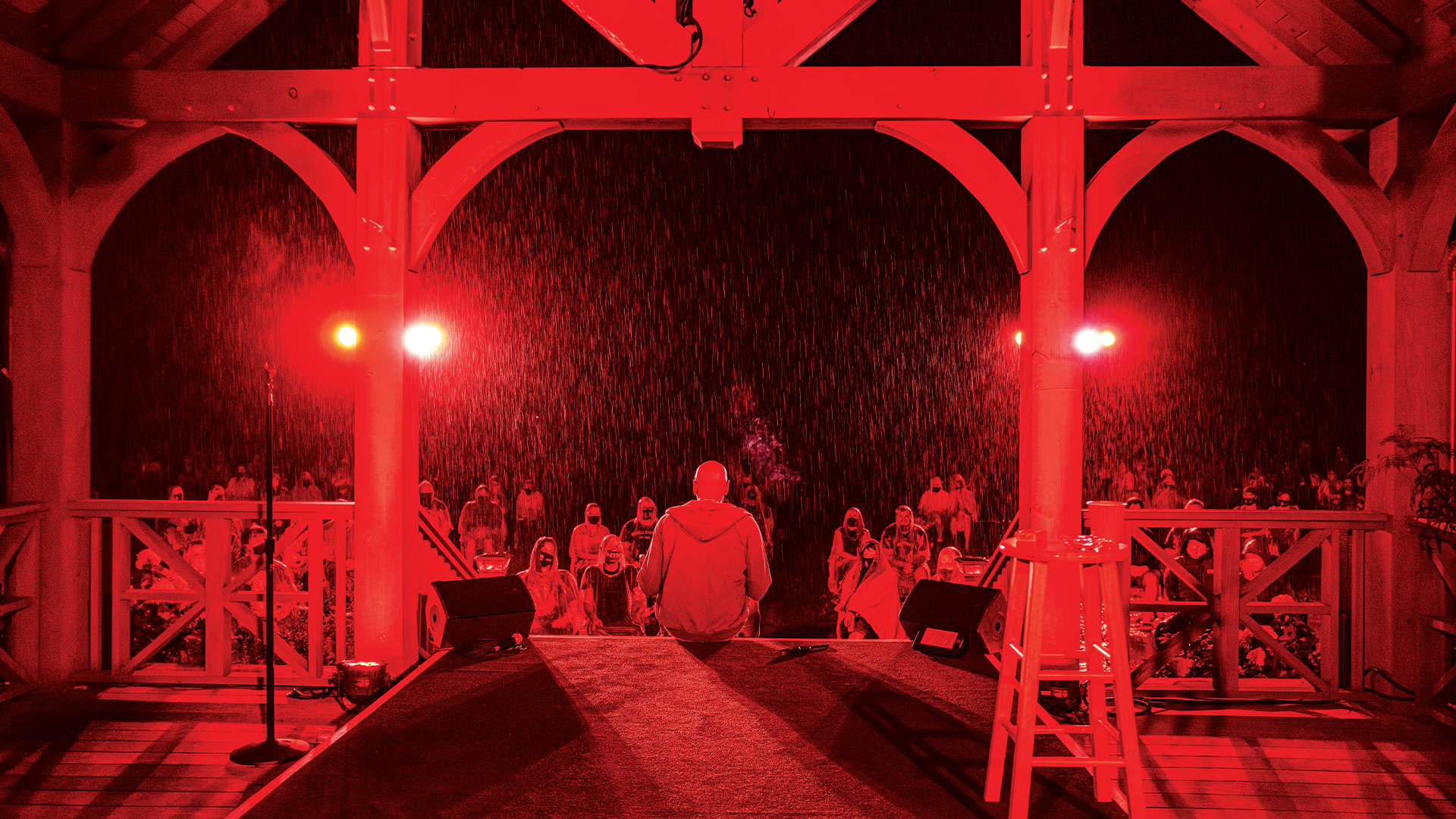 Directed by Ohio-based Reichert and Bognar, Academy Award and Primetime Emmy–⁠winning documentarians, the film signifies an important chapter in their decades-long career.

“Dave is our neighbor. We see him in the grocery store, and on the street. When Dave came to us with the idea, we were immediately struck by the challenge to tell the story of our part of the world during the pandemic and the national reckoning on racial injustice,” said Reichert. “This was a historic moment and we really wanted to chronicle this place and this time, it just felt right.”

“Dave and his friends entrusted our team of amazing young filmmakers from Ohio with intimate moments which enabled us to create a moving portrait of artists' as they navigated a time of fear and isolation,” said Bognar. 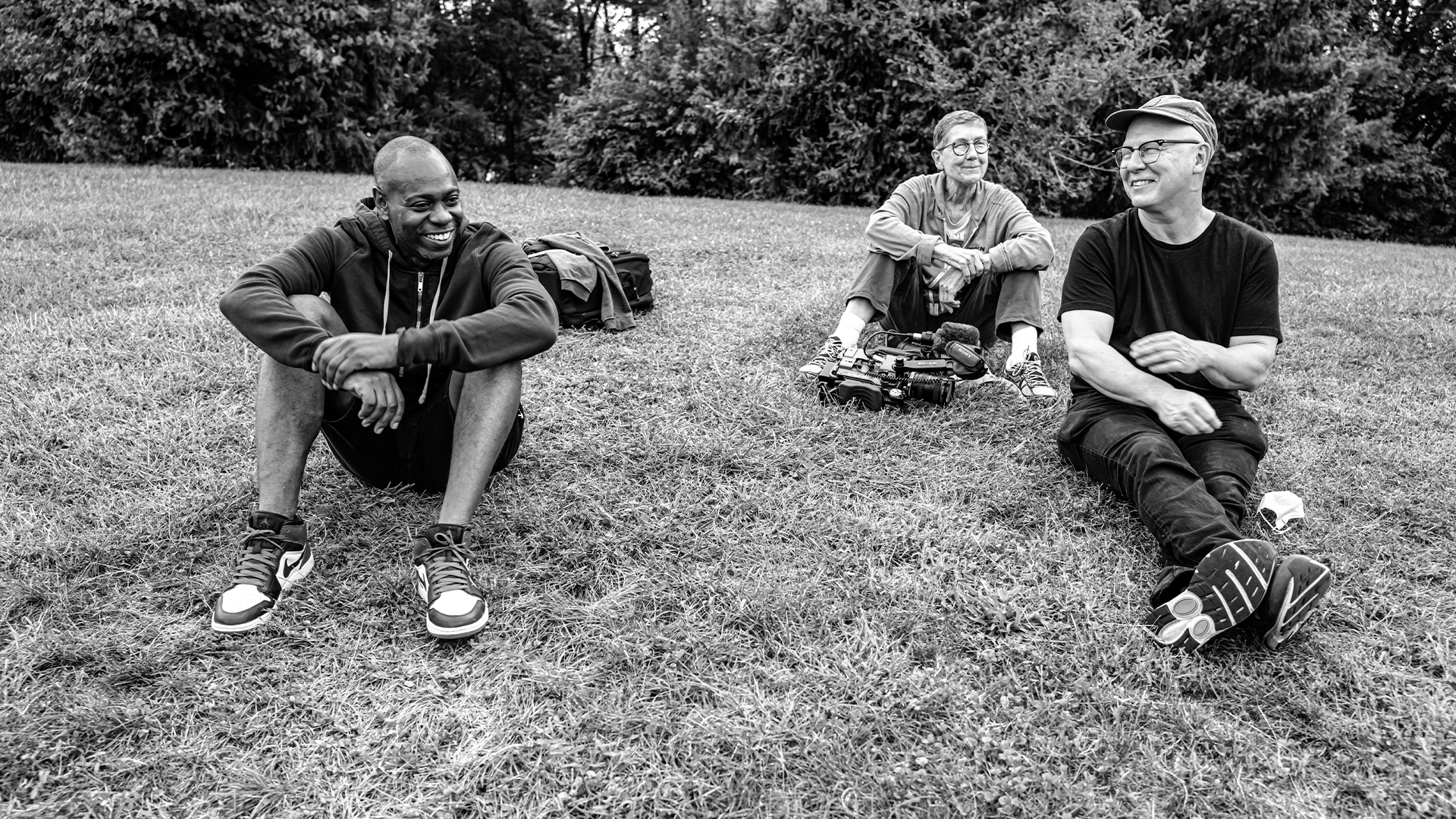 “When Julia and Steve first approached us about their latest film, we knew that this collaboration between two Academy Award winning filmmakers and one of the most incisive comic voices of all time would be incredible. We were surprised to discover that it is also a balm for our times,” added Cara Cusumano, Festival Director and Vice President of Programming for the Tribeca Festival. “I can’t wait for audiences on Closing Night to finally come together for the full big-screen theatrical experience with this moving and quintessential film.”

In partnership with Radio City Music Hall, the venue will open its doors, for the first time in over a year, to celebrate the one-night special event.

“We are thrilled to get back to doing what we love and that our first show is with our great partners at Tribeca and the incomparable Dave Chappelle – who already made history at Radio City with his 2017 residency,” said James Dolan, Executive Chairman and CEO of MSG Entertainment. “Radio City is a special place, and we can’t wait to open our doors to fans of live entertainment who we know are eager to gather and help jumpstart the return of New York.”

All guests will need to be fully-vaccinated for the Untitled: Dave Chappelle Documentary at Radio City Music Hall, and provide proof upon entry to the event of having received their second dose of the Pfizer-BioNtech or Moderna COVID-19 vaccine or their single dose of Johnson & Johnson’s Janssen COVID-19 vaccine no later than June 5, 2021. Exceptions will be made for children under the age of 16, who may provide proof of a negative antigen COVID-19 test, negative PCR COVID-19 test or full vaccination and may only attend with a fully vaccinated adult. For more information, please visit radiocity.com/faqs

Tickets for the June 19 event will be available for purchase by the general public beginning at 10:00 a.m. EST on Friday, May 28 via Ticketmaster.com and Ticketmaster Charge by Phone (1-866-858-0008). Prices range from $65.00 to $105.00. All tickets are digital and can be accessed and displayed via the Ticketmaster App. All guests should download the Ticketmaster App in advance to facilitate contactless entry.

About the Tribeca Festival
The Tribeca Festival, presented by AT&T, brings artists and diverse audiences together to celebrate storytelling in all its forms, including film, TV, VR, gaming, music, and online work. With strong roots in independent film, Tribeca is a platform for creative expression and immersive entertainment. Tribeca champions emerging and established voices; discovers award-winning filmmakers and creators; curates innovative experiences; and introduces new technology and ideas through premieres, exhibitions, talks, and live performances. The Festival was founded by Robert De Niro, Jane Rosenthal, and Craig Hatkoff in 2001 to spur the economic and cultural revitalization of lower Manhattan following the attacks on the World Trade Center. Tribeca will celebrate its 20th year June 9 – 20, 2021 www.tribecafilm.com/festival

About Julia Reichert & Steven Bognar
Julia Reichert and Steven Bognar are Academy Award and Primetime Emmy–⁠winning documentarians based in Yellow Springs, Ohio. Their films include Oscar winner American Factory   美国工厂, 9to5: The Story of a Movement, A Lion in the House and the Oscar nominated The Last Truck: Closing of a GM Plant. Reichert’s films Union Maids and Seeing Red: Stories of American Communists were both nominated for Academy Awards. Her film Growing Up Female is the first film of the modern women’s liberation movement, and has been named to the Library of Congress’ National Film Registry. Celebrating over 50 years in filmmaking, Reichert is co-founder of the filmmaker’s distribution cooperative New Day Films, a US film distribution company that provides movies directly to schools, unions, and community groups. Partners in life and film, Bognar and Reichert have taught film and social documentary at Wright State University in Dayton, Ohio and at American University in Washington, DC.

About Dave Chappelle
Dave Chappelle is an American comedian, screenwriter, television and film producer, and actor. Recognized as one of the greatest comedians of all time, Chappelle was awarded the prestigious Mark Twain Prize for American Humor from the John F. Kennedy Center for the Performing Arts in 2019. Chappelle’s work in stand-up comedy, writing, producing, and acting has earned him more than 30 nominations and awards in television and film for projects that include his groundbreaking sketch comedy television series, Chappelle’s Show, guest appearances on Saturday Night Live, and his comedy specials, most recently earning his third and fourth Emmy Awards for Sticks & Stones in 2020. In audio content, Chappelle has won the Grammy Award for Best Comedy Album three years in a row, 2018 through 2020. In 2017, Netflix cited Dave Chappelle: Collection 1 as the most-viewed comedy special ever on their network.

About Pilot Boy Productions
Pilot Boy Productions, founded in 1992 by comedian and actor Dave Chappelle, is a film and television production company dedicated to producing thought-provoking, cutting edge and award-winning television, concert films and live events. Chappelle jokes the name “Pilot Boy” comes from the numerous pitches he made to television executives in his younger days. “I’d walk thru the door and say, 'Here comes Pilot Boy!’" Since then, Chappelle has self-produced six nominated and award winning concert films and recently signed deals with both Netflix and Luminary to produce content for their streaming platforms.