5 Norman Reedus Performances You Need to Seek Out

Inspired by his searing supporting turn in ‘Sunlight Jr.,’ we take a look at 5 performances in the Norman Reedus filmography that often are overlooked. 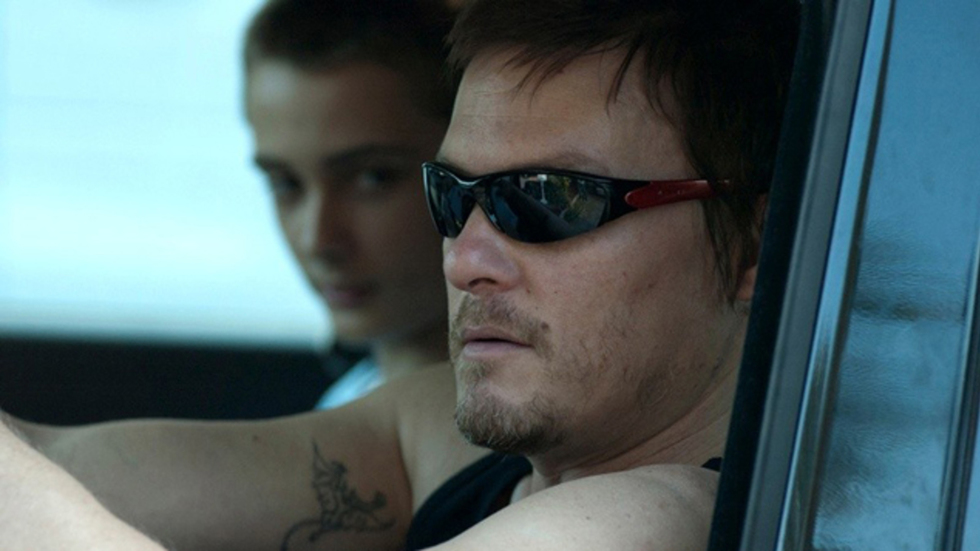 As one of the stars of The Walking Dead, perhaps the hottest show on television, Norman Reedus continues to gain increased recognition in the industry. A veteran character actor (and hunk), Reedus has amassed an incredibly diverse filmography.  He has played misunderstood hooligans, seedy underlings, action heroes, tender lovers and even an Irish assassin with consistent skill.

The Tribeca Film Festival has been fortunate to count Norman Reedus as a familiar face. This year, he appeared in Laurie Collyer’s Sunlight Jr. alongside Naomi Watts and Matt Dillon. In this remarkable film, Reedus plays Justin, a drug dealer and unstable father, who is still in love with his former girlfriend, Melissa (Watts), even though she has moved on.

Unable to express his feelings, he stalks her at the convenience store where she works and goes into violent outbursts when she consistently rebuffs his advances despite being her family’s landlord. Reedus’s unpredictability and subtle sexuality add an element of menace to the character that might not have been evoked by another actor.

Sunlight Jr. hits theaters in New York and other select cities this Friday, November 15. After seeing this notable TFF 2013 drama, you should check out these other standout performances from this extraordinary actor.

British film/stage veterans Alan Rickman and Polly Walker play a quarreling couple rushing to catch the last ferry to their vacation home when they happen upon a young man lying by the side of the road. Reedus play this nameless drifter who enters the lives of the couple and stirs long repressed feelings. With his seemingly gentle nature, passionate intensity, and trademark bedroom eyes, Reedus lulls the audience into a false sense of security until the film’s final moments. Trust us, you’ll never look at mushrooms the same way again.

Ok, maybe Deuces Wild isn’t a great movie, but it’s insanely watchable. Norman Reedus appears alongside Stephen Dorff, Balthazar Getty, Brad Renfro and Matt Dillon in this period action/crime drama about two rival gangs in Brooklyn during the late 1950s. Playing Marco, the vicious leader of The Vipers, Reedus gets to play a villainous character role (rare for him) who torments the peace-loving Deuces to infiltrate their territory to sell drugs. Reedus embodies the role of a greaser with nothing but greed and vengeance on his mind.

Never afraid to experiment, Norman Reedus appears in one of the most famous episodes of Showtime’s acclaimed anthology horror series, Master of Horrors, working with John Carpenter and Udo Kier on the episode entitled Cigarette Burns. Reedus plays Kirby Sweetman, an owner of a small independent movie theater who goes into debt after his girlfriend dies in a drug overdose. Tasked with finding a rare print of La Fin Absolue du Mode, Kirby soon discovers that anyone who watches a print of the film dies.  He is no exception.

Meskada, which celebrated its world premiere at TFF 2010, is a riveting police drama about a detective who comes back to his hometown to investigate the murder of a young boy. Reedus plays Dennis Burrows, a construction worker/ family man who is a suspect simply because he’s working class and has a criminal record. Reedus conveys the brooding hopelessness of blue-collar workers who long for a better life for their families but are powerless to make that happen.

Shot in Black and White, The Notorious Bettie Page is the third feature film from writer/director Mary Harron. This film biography explores the unseen life of Bettie Page, and Norman Reedus shines as Billy Neal, Page’s first husband who sweeps her off her feet. A true chameleon, Reedus is at home in his brief appearance in this black and white period piece, delivering 40’s style dialogue with ease.

Sunlight Jr. opens at the Quad Cinema in NYC this Friday.