The Resistable Rise of the Mockumentary

From Spinal Tap to Paranormal Activity, writer/director Rider Strong analyzes the resurgence of the mockumentary. 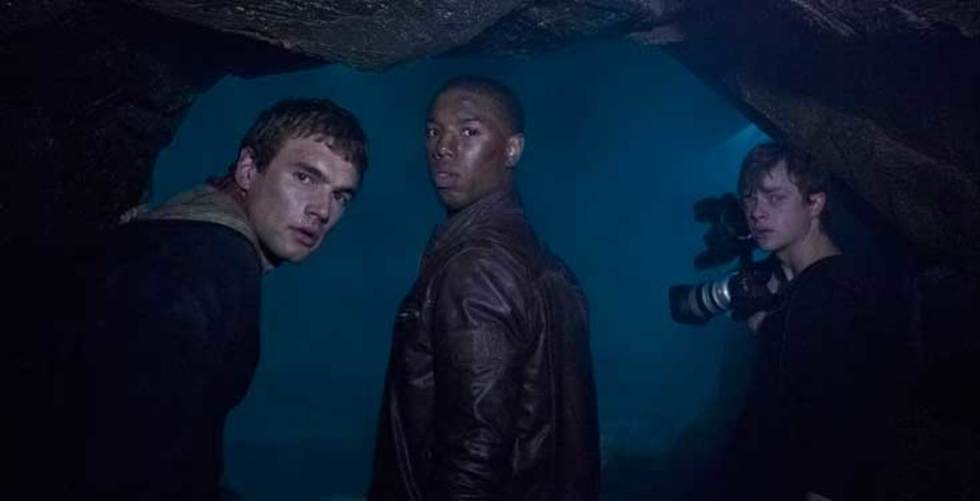 Watching Ricky Gervais host the Golden Globes last month reminded me how amazing The Office was when I first saw it in 2001. Today, the mockumentary form is as conventional as a laugh track. But back then, coming at the tail end of an era of hugely successful, and more obvious, American sitcoms like Friends and Seinfeld, it was refreshing to see the volume of television humor turned down.

And yeah, despite proclaiming, "These go to 11," the classic mockumentary This Is Spinal Tap maintains a steady 2 on the joke-o-meter.

Because that's the primary benefit of the mockumentary form: subtlety. Even on the horror end of the spectrum, where the Paranormal Activity films earn their suspense solely from night-vision shots in which absolutely nothing happens. Besides a rumbling noise in the background. Maybe a plate falls, and we jump a mile.

With the recent box-office success of The Devil Inside, and looking ahead to the superpowers-based Chronicle, the mockumentary is no longer a rare, cool filmic style. It's become a standard approach to storytelling. As new directors, my brother and I have had lots of meetings in the industry recently, and during every single one, the phrase, "found footage" has been uttered.

But should this be the case?

Before the onslaught continues, (and before my brother and I throw in the towel and make one of our own) I thought I'd take a moment to consider the strengths and weaknesses of the form. How it's been used... and often abused.

From a filmmaking perspective, the popularity of the mockumentary makes a whole lot of sense. For both studios and independent producers, these films cost way less money, all you need is some cheap cameras and some no-name actors. There's more to it than that, though. Creatively, it's very liberating for directors. After all, it's required that the technical elements be a few steps behind, that there are a few "pretty mistakes" thrown in— you know, that it looks a bit like crap. Likewise, it's an actor's dream: freed from the challenge of forcing naturalism into the demands of plot, actors are able to relax, to languish in the quirks and habits of character.

But the mockumentary has its challenges, too.

The biggest hurdle is the suspension of disbelief. The irony of a "normal" fiction film is that we accept its tricks and conventions without hesitation (assuming it's well made). Whereas when a film declares upfront that it is "real," it has to keep earning our trust over and over again. The lens of a mockumentary is easier to create, but harder to maintain.

For instance, once people start getting killed, or aliens start invading, the obvious question these movies beg is, "Why the hell would someone keep filming?" The stock solution is the conceit of the "film geek who's obsessed with capturing everything." That's getting old (unfortunately, I think Chronicle follows this path).

So the real heavy lifting of the form rests on the writer's shoulders. It's the writer's job to cram a traditional narrative into an anti-narrative structure; to allow the film to stumble into a story.

Sometimes, they don't even try. Especially in the subgenre of "found footage," there's rarely much narrative. These movies haven't really evolved since The Blair Witch Project, putting characters in worse and worse situations until the screen goes black and we're left to contemplate "what happened?" Like the Norwegian film, Trollhunter, which, despite some awesome effects, doesn't twist its story beyond the initial reveal that trolls exist. It just keeps showing the same basic scene over and over. Let's go over here and hunt a troll. Then head over here to... hunt another troll. Black screen!

Other films go to great lengths to be as traditionally narrative as possible. Such is the case with Cloverfield, which integrates flashbacks via the idea that the footage we're watching was taped over existing footage— which just-so-happens to be informative back-story. I think this is actually pretty brilliant, but too clever by half. There wasn't anyway to appreciate the story without simultaneously appreciating the crafty way they slipped it.

Or then there's the approach of District 9, which sidesteps a lot of problems by giving up the mockumentary structure early on, but sticking with the look. This is an interesting approach, and one that requires a level of audience habituation that I don't think would have been possible pre-reality TV. We're so used to handheld cameras, zooms, and other cinema verite techniques, that films can leap between omniscient and camera-crew P.O.V., yet stylistically remain the same. Arrested Development operated on the same principle: It was shot like a mockumentary, but no one ever looked into camera, and the show contained a complex web of flashbacks and scenes that would've been impossible for a documentary crew to capture.

For all its iterations, though, the current popularity of the mockumentary has very little to do with artistry. The truth is that the rise of the form is sign of our economically polarizing times in Hollywood.
As the industry becomes more top heavy, the mockumentary is becoming the best— and maybe only— way for indie filmmakers to compete. Or, more accurately, to opt out of competing. How else can a tiny budget stack up against slick, $100 million films, replete as they are with gigantic crews, famous casts, and computer imaging?

And for established studios, the mockumentary has become a unique marketing tool. It's the perfect way to market subtlety, regardless of whether a film is actually subtle. For most of us, if we're going to pay to see something on the big screen, we demand spectacle. With its "bad filming"— its shaky hand-held look, its zooms, its whip pans, its lens flares— the mockumentary informs us, upfront, to not seek spectacle... even when it's actually there.

By lowering our expectations of spectacle and story, we don't feel as duped when we walk out having only seen one ghost for thirty seconds (well, unless its really bad). Or if not much happens, story-wise, once the body count starts adding up.

Expectation of subtlety used to be the norm. People would go to the theater to yes, watch a film where adults talked to each other about tough subjects, and maybe, if it were a really graphic and violent film, there would be a shoot out at the end.

I don't think anyone's to blame for the shift to more spectacle-based cinema. The lazy, shorthand history is that great filmmakers like Lucas and Spielberg are responsible for elevating B-movies— while at the same time, home video became the realm for subtle, talky films. Even if we agree with that version of events, I think it's undeniable that, on the whole, the craft of filmmaking has gotten better, not worse.

But we should remember that the craft of filmmaking is, by definition, superficial. The aims of craft and technique are making something that looks and sounds good. Looks and sounds pleasing. Appreciating such beauty is only one part of the film-going experience. What a movie has to say, what its story makes us feel or think about— we should be open to the idea that a non-spectacle film can achieve greatness in these areas. Especially without resorting to the "look-at-how-subtle-my-story-is" lens of the mockumentary.

I think he was being a little too forceful himself— and soooo 19 years-old— but if I apply his logic inversely to the mockumentary form, I think there's something to it.

Because for Hollywood, the mockumentary is becoming the anti-exclamation point. The way for studios to tell us to think of this as a home movie that just maybe, mmmmaaaybe if we look close enough, might contain a story... boo!

But if a movie's story is already a big spectacle (like, say, a group of kids who get superpowers), then does it need to be a mockumentary? Why not simply make a good-looking movie with a full-fledged story? Or, if it needs the mockumentary form, then I think filmmakers face a tough question: are they using the form in order to rescue an otherwise impoverished narrative?

I'll take a stand to say that none of the recent mockumentaries, despite their innovations in approach, tone, or structure, have really been able to beat Spinal Tap (Tim Robbins' Bob Roberts is a close second). Of course, Spinal Tap had the benefit of being one of the first, but I also think it is an example of a perfect marriage of subject and form.

Which is something that Spinal Tap alum Christopher Guest has always been careful to do: select a subject matter that involves a certain level of spectacle already— a folk concert, a dog show, a local theater production— something that a documentary crew would conceivably cover, that is entertaining to watch in itself. Importantly, however, such subjects evolve from character, not external action (i.e., there's no disease wiping out humanity). By placing the demands of spectacle outside of the story, but still tying them to the personalities on screen, the idiosyncrasies of setting and character become primary.

In other words, just because mockumentaries can "go to 11," we probably don't need to turn them up that high.

Hypnotized by the cost and convenience of the form, I'm afraid Hollywood— and in response, audiences — are forgetting that an emphasis on setting and character is precisely the point of the mockumentary.

It is, in fact, the only point.

(Let me try that again.)

It’s the only point!