Celebrated filmmaker Guy Maddin has teamed up with the National Film Board of Canada and co-creators Evan and Galen Johnson for the film installation SEANCES, to premiere at the 2016 Tribeca Film Festival. Maddin, the Johnson brothers, and producer Alicia Smith spoke to us about the project's creation. 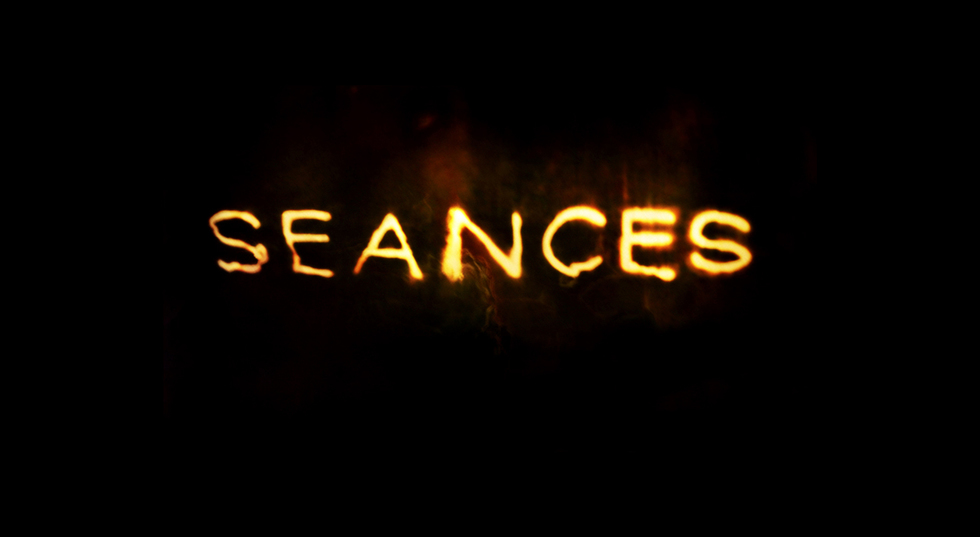 Award-winning filmmaker Guy Maddin returns to the Tribeca Film Festival with Seances, a Storyscapes installation that will be accessible to viewers at the Festival Hub from April 14-18. Co-directed by Maddin's The Forbidden Room collaborator Evan Johnson, the project is a co-production with the National Film Board of Canada (NFB) and an extension of the interactive website that offers users the opportunity to view the re-enactment of an imagined lost silent film.

Longing for Lost Films, Reviving them for the Public

For the cinema-obsessed Maddin, Seances is a five-years-in-the-making labor of love. "I'm a weird, obsessive dilettante with movies and its history," says the director. "I study the nooks and crannies obsessively but do not have an academic background. It really bothered me that I couldn't watch all the films that were once made and lost. For instance, Alfred Hitchcock's The Mountain Eagle and F.W. Murnau's Der Januskopf—if I ever wanted to see them, I would have to make them myself. I later realized this was a great project for the Internet. I started to fantasize out loud with my collaborators, including Alicia and Evan. We started to work on this project in which made our own adaptations of lost films and found the right context for collecting them. Now we have this website where viewers can visit a site and hold séances with lost film matter and be enchanted.”

The scenes were shot live in front of large audiences in Paris and Quebec, with a large cast that includes Geraldine Chaplin and Charlotte Rampling. "It was a matter of people being up for the adventure," says Maddin. "I was shocked by actors being so open to acting in public."

Co-director Evan Johnson met Maddin as his student in Canada. "He hired me to do various odd jobs and liked the barbecue I organized so promoted me to full-time collaborator,” quips Johnson. “The conceptual discussion of the project happened with the Canada Film Board, which forced us to meet and hammer out the details. For years, there were no specifics.” Smith adds, “We took five years to distill the core concepts and measured them against the available technology and platforms. It's basically data-driven filmmaking much like programming.”

Seances was a large departure from Maddin's customary independently imagined and produced films. "In my wildly independent early cinema, I never went through that," he reasons. "I was self-indulgent and undisciplined. This was a nice change. One of my favorite stages were the 'think tanks,' the facilitation of people from different fields outside of film. There was a rigorous process."

Creating the Sounds and Images of the Ephemeral

Maddin's fascination for the unstable, fragmentary, and fleeting can be traced back to his childhood. "The images and sound present a sense of instability and fragility: a seance with films forced to live out unhappy lives. It takes me back to my childhood. I stayed in my bedroom a lot. I liked searching the AM radio dial to find faint signals. I discovered a lot of favorite stations that became close friends. The connection was always fragile. The wave would disappear or become a different signal, depending on the Northern Lights or weather. My happiness of catching a signal would suddenly dissipate with the loss of that signal. What could be comfortable one minute can suddenly noisily change into something else."

He continues, "I've never been a great storyteller, but I could at least express myself through textures. I was always taken by films with sudden dropping off of sound, the roar of crackle, or unwanted extraneous sounds, as in Oscar Micheaux's The Girl from Chicago. It’s evidence that this film was lovingly made by a human being and presented to the world in the best way possible but with traces of its manufacturing. The films that reveal themselves to me are the ones with imperfections, like seeing brushstrokes in a painting or hear a jazz singer take a deep breath before singing. You don’t need to be polished. That rawness, I realized, was a kind of language, a heavily accented form of expression that could be more powerful."

Creating a Collective, Unique Experience at the Hub

The big difference between the original website and the Tribeca installation is the added element of "collective viewing" offered by the Festival Hub. As Smith explains, "The installation gives a group of people the opportunity to together decide the title of the film and have a unique experience before the film disappears and is forever gone."

For Evan Johnson, the reasoning behind making each Seances viewing experience unrepeatable has to do with our culture's overabundance of access. "There's a growing sense that there is too much stuff available to us," he says. "In a way, we're calling for the destruction of cultural objects in order to long for them again. By destroying the unique viewing experience we were producing, we hoped that a particularly beautiful one would be heightened by the fact of its disappearance."

Adds Maddin, "It produces a sense of loss and exhilaration, like in a dream when you're reunited with the dead."